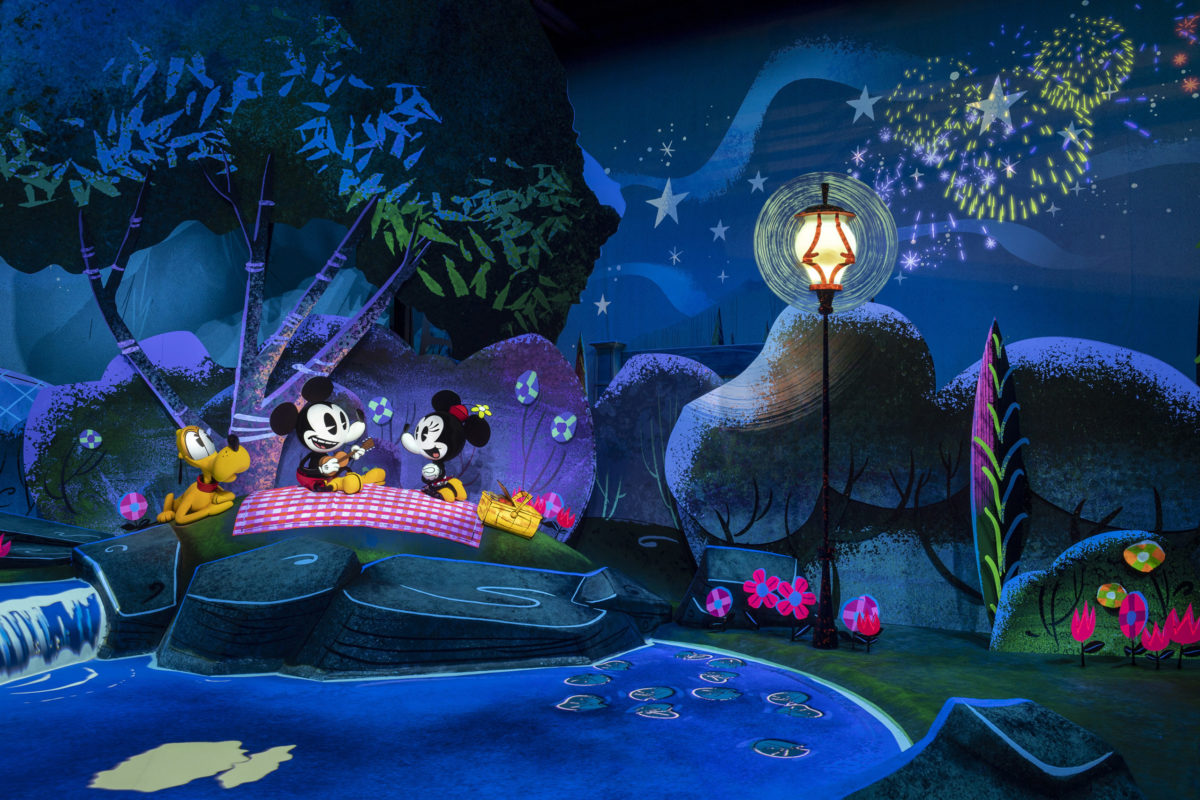 It’s a world premiere nearly a century in the making!

When Mickey Mouse burst upon the silver screen in 1928 as the star of “Steamboat Willie,” he changed the world of entertainment forever. With his childlike innocence, impish sense of humor and plucky attitude, Mickey is adored the world over and has become a cultural icon synonymous with Disney.

Through all of his many adventures, though, there’s one thing Mickey has never done: starred in his own ride-through attraction in a Disney theme park. That is about to change on March 4, 2020, with the debut of Mickey & Minnie’s Runaway Railway inside Disney’s Hollywood Studios at Walt Disney World Resort in Florida. Now, Disney has released a whole slew of images from inside the attraction queue and ride itself. 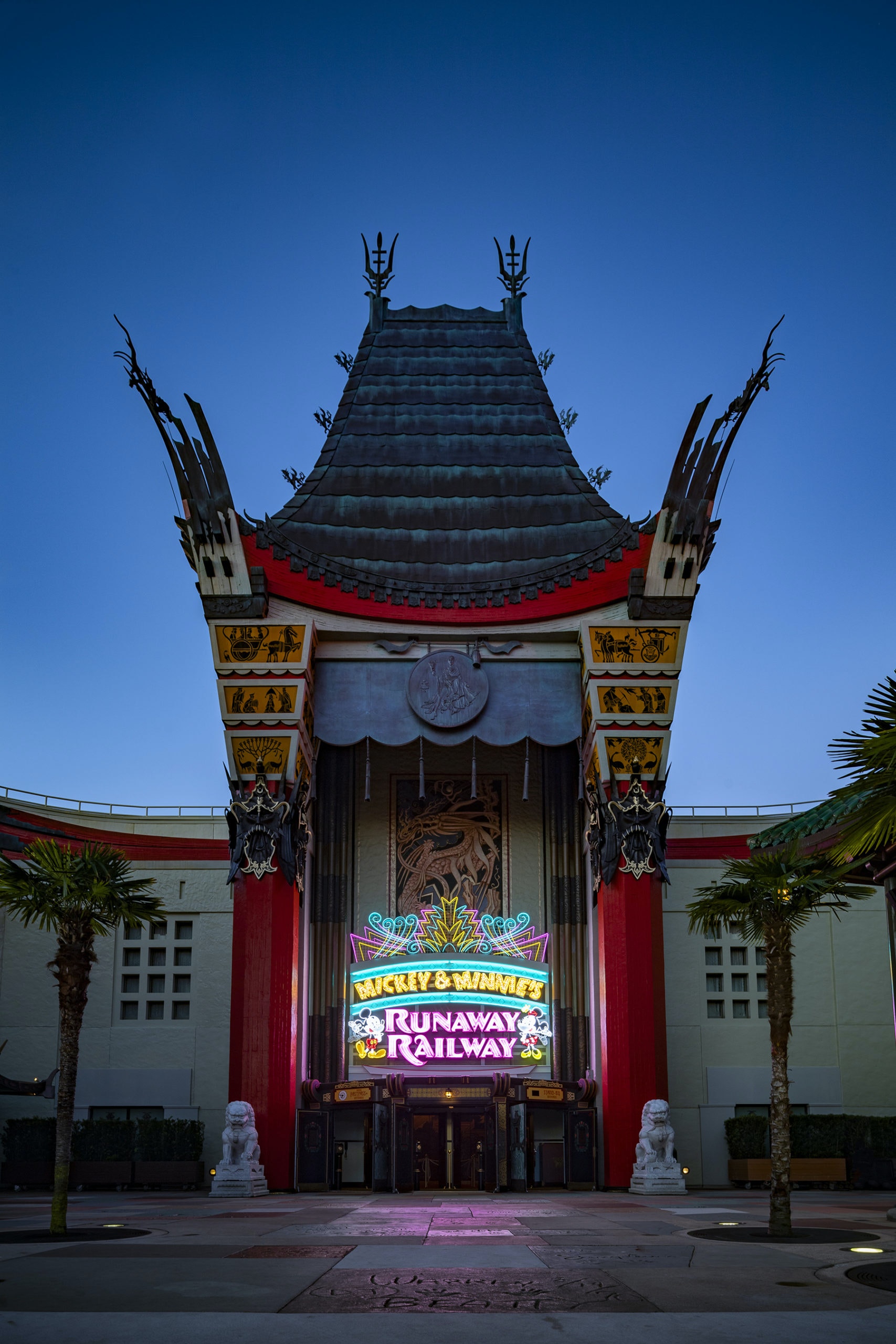 Here’s a look at the new illuminated marquee. While a red carpet has been rolled out for the grand opening, this is what the entrance will normally look like, with the FastPass+ entrance on the left, and Stand-By on the right. 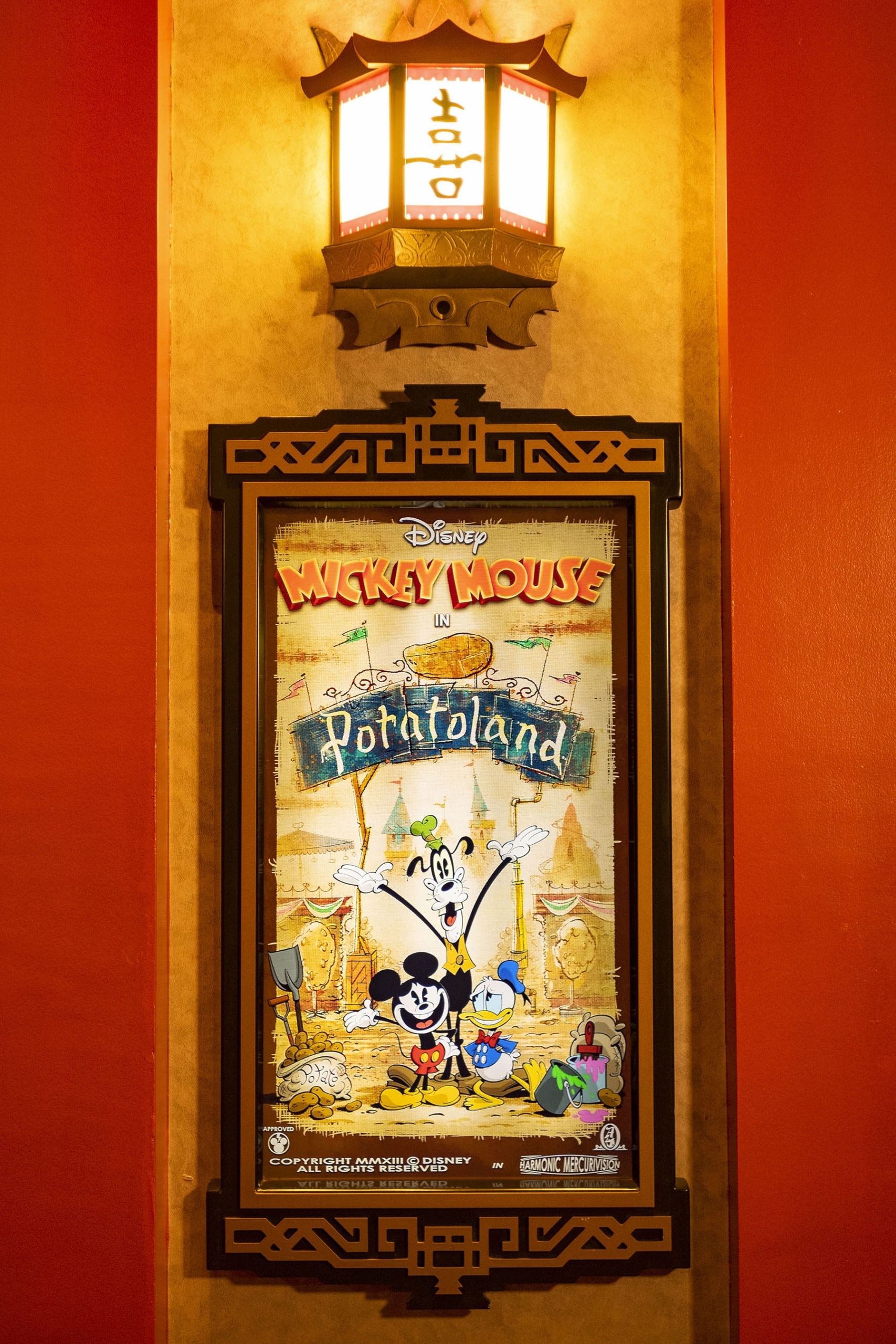 As with any attraction, the story begins in the queue. The facade of the Chinese Theatre and the first part of the exterior and interior queue will be the same as they were for The Great Movie Ride, with the original lobby still very much intact. Throughout the queue, you’ll see posters for Mickey Mouse shorts like “Potatoland” and the attraction’s very own “Perfect Picnic.” 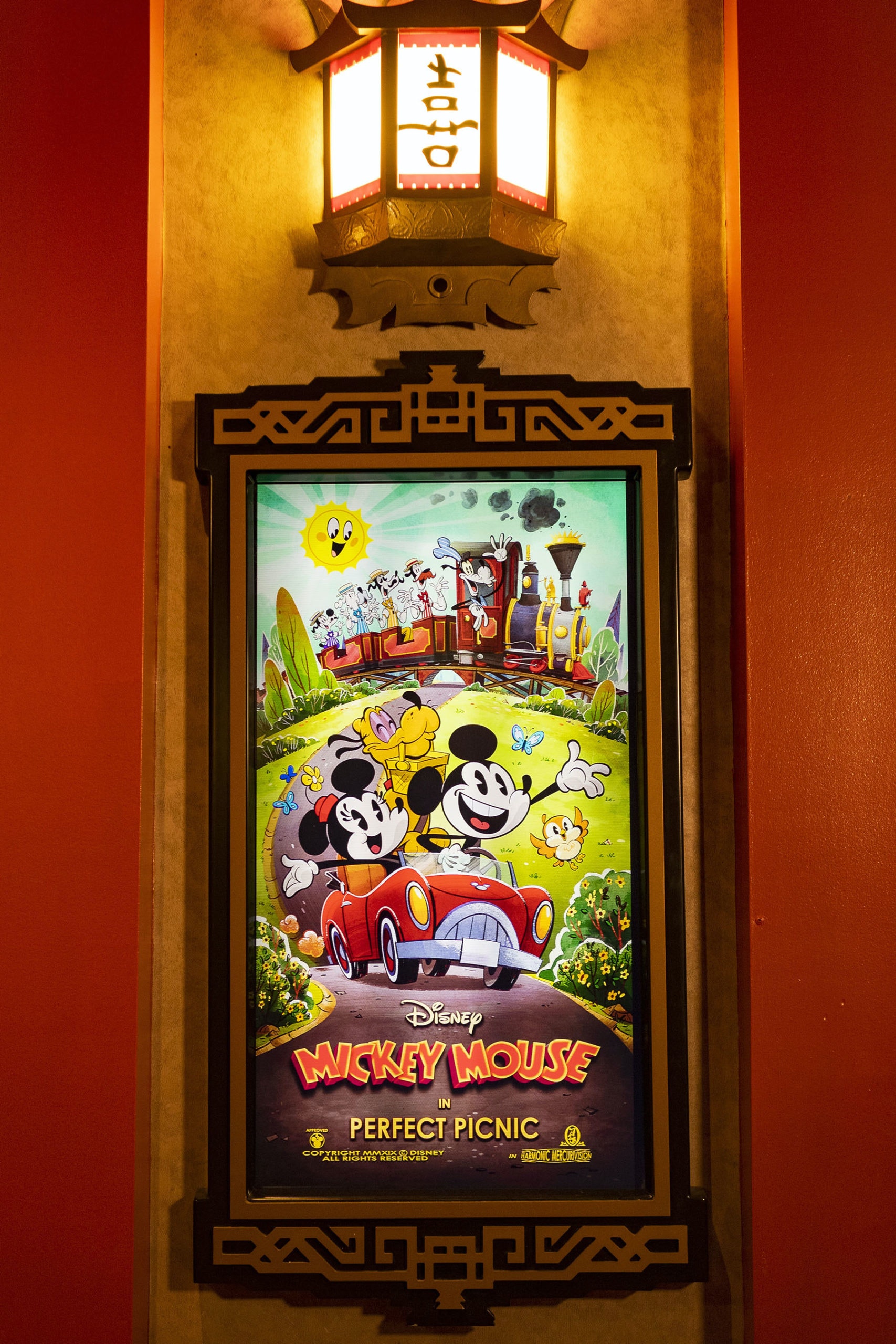 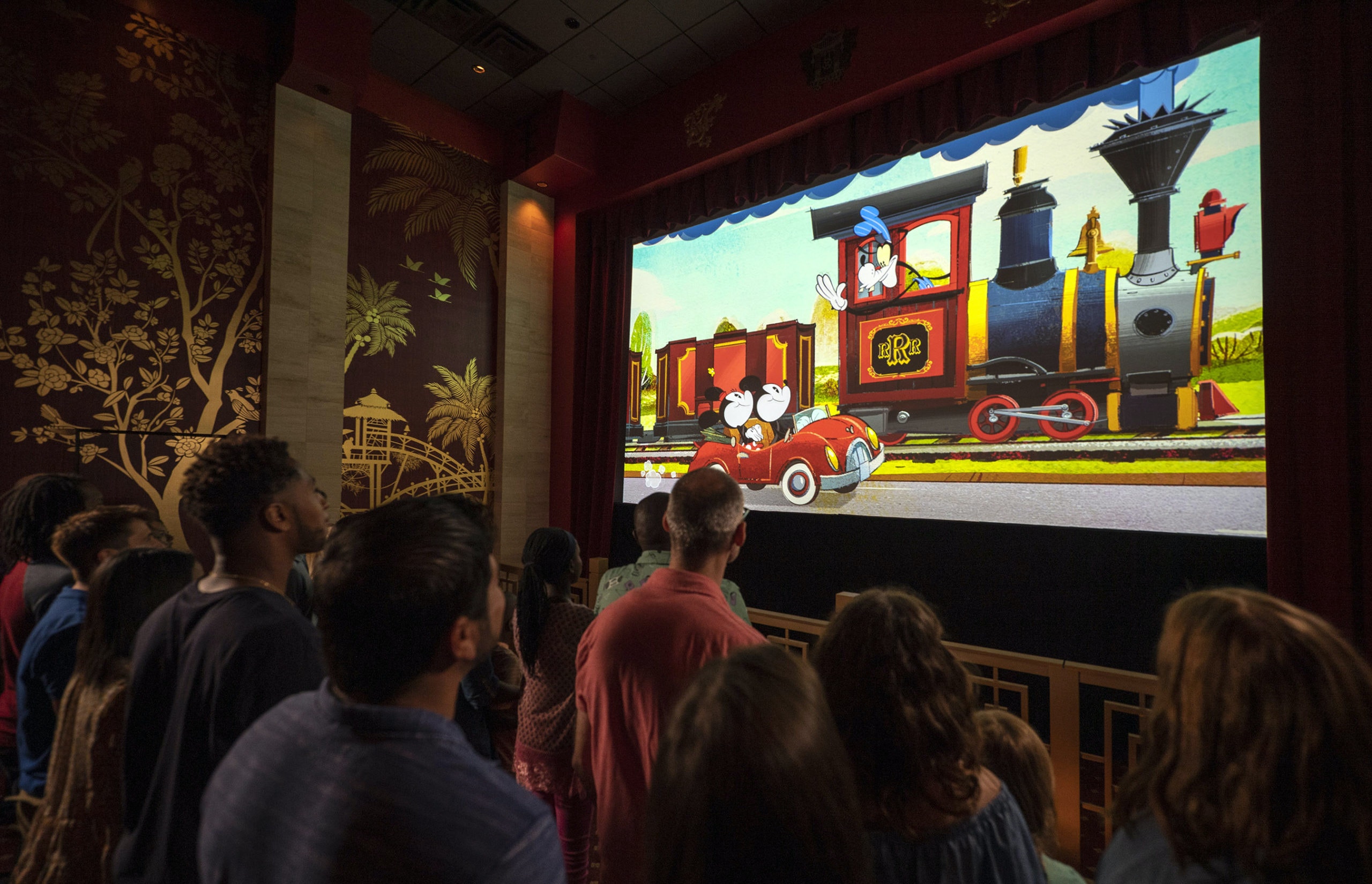 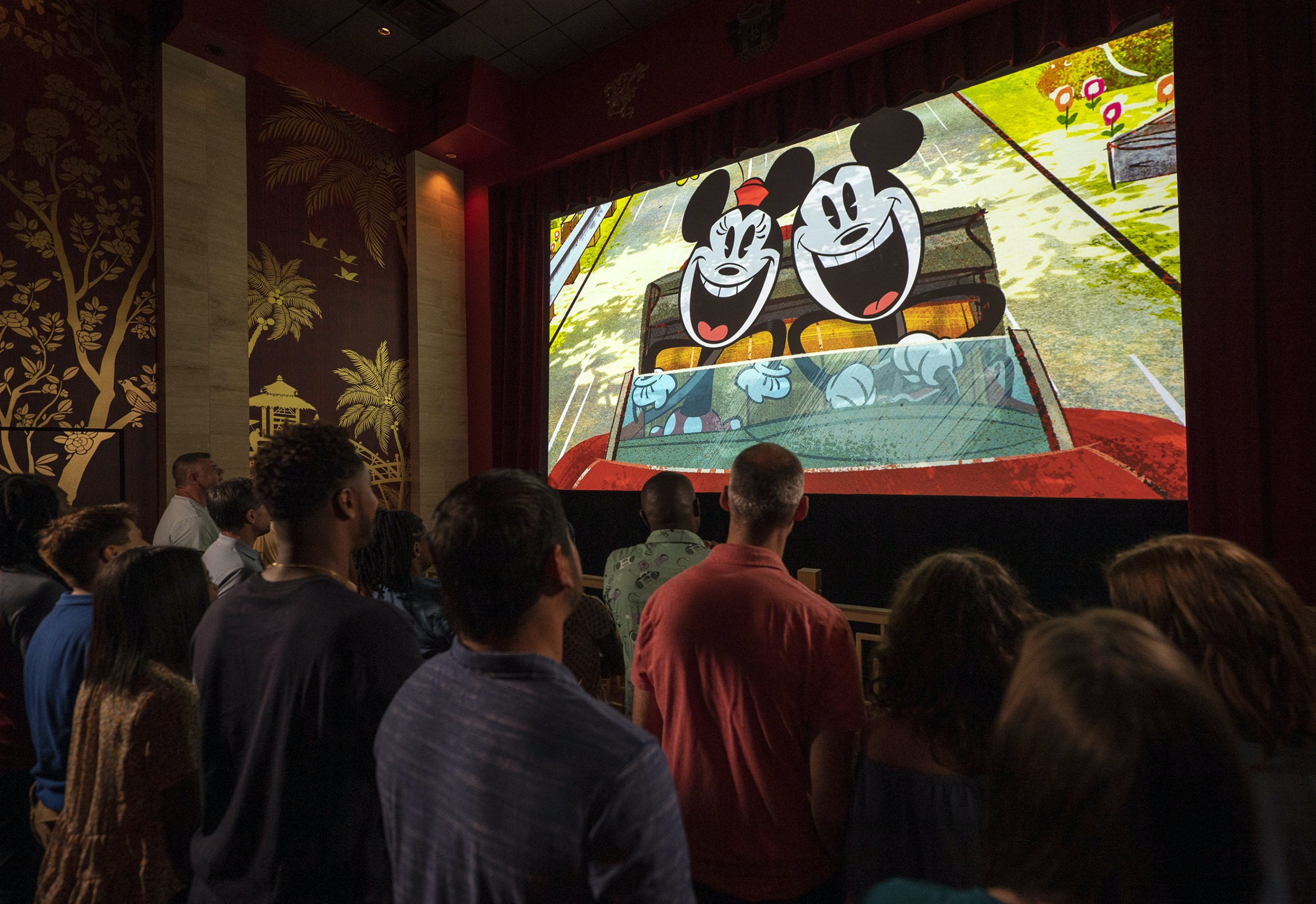 Things start to change where the large pre-show theater showing classic movie trailers once stood, just before guests would board their “journey into the movies”. This large room has been broken down into two identical pre-show movie theaters where guests will be going to see this new Mickey Mouse cartoon about the trio (including Minnie and Pluto) heading to the park for a picnic. 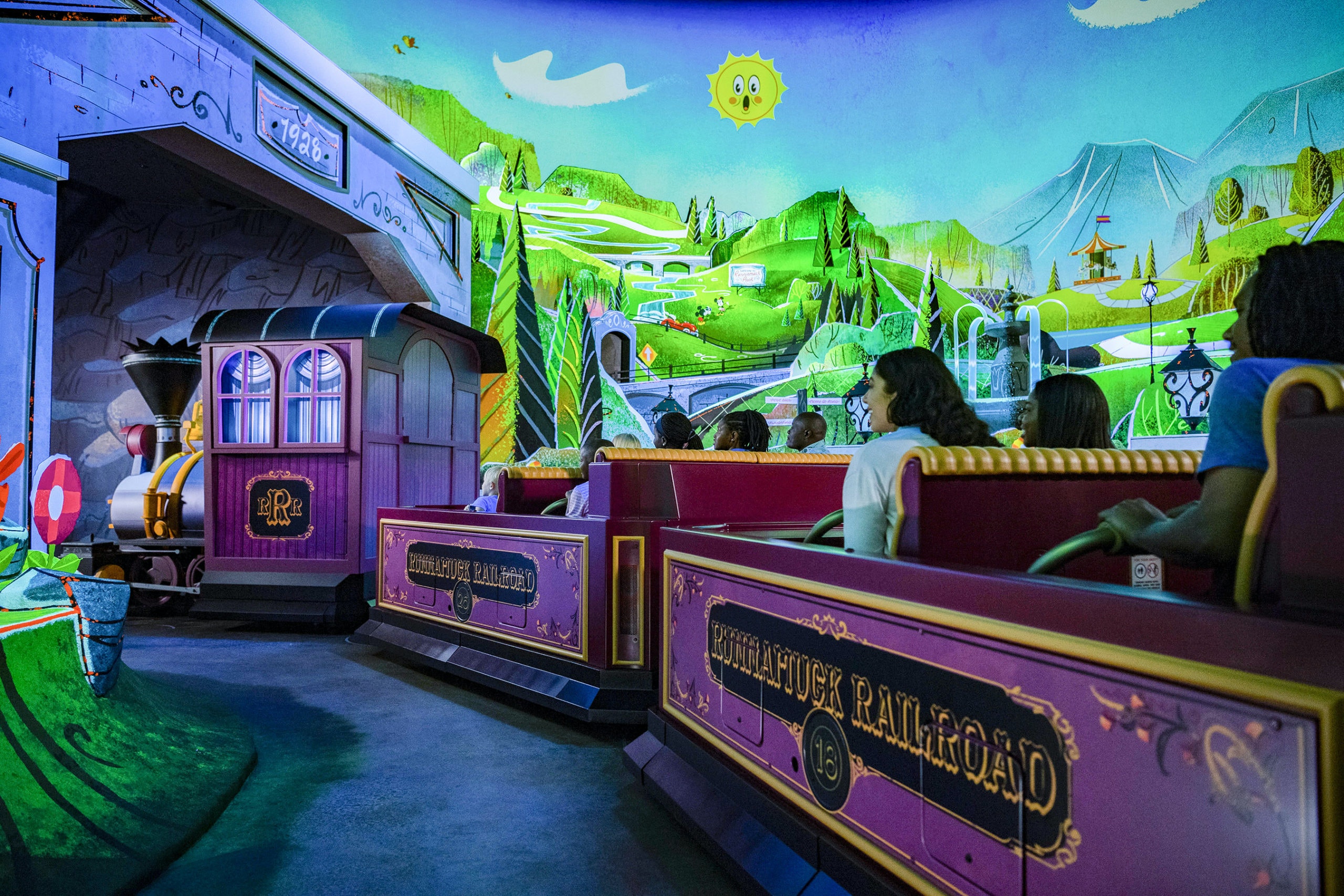 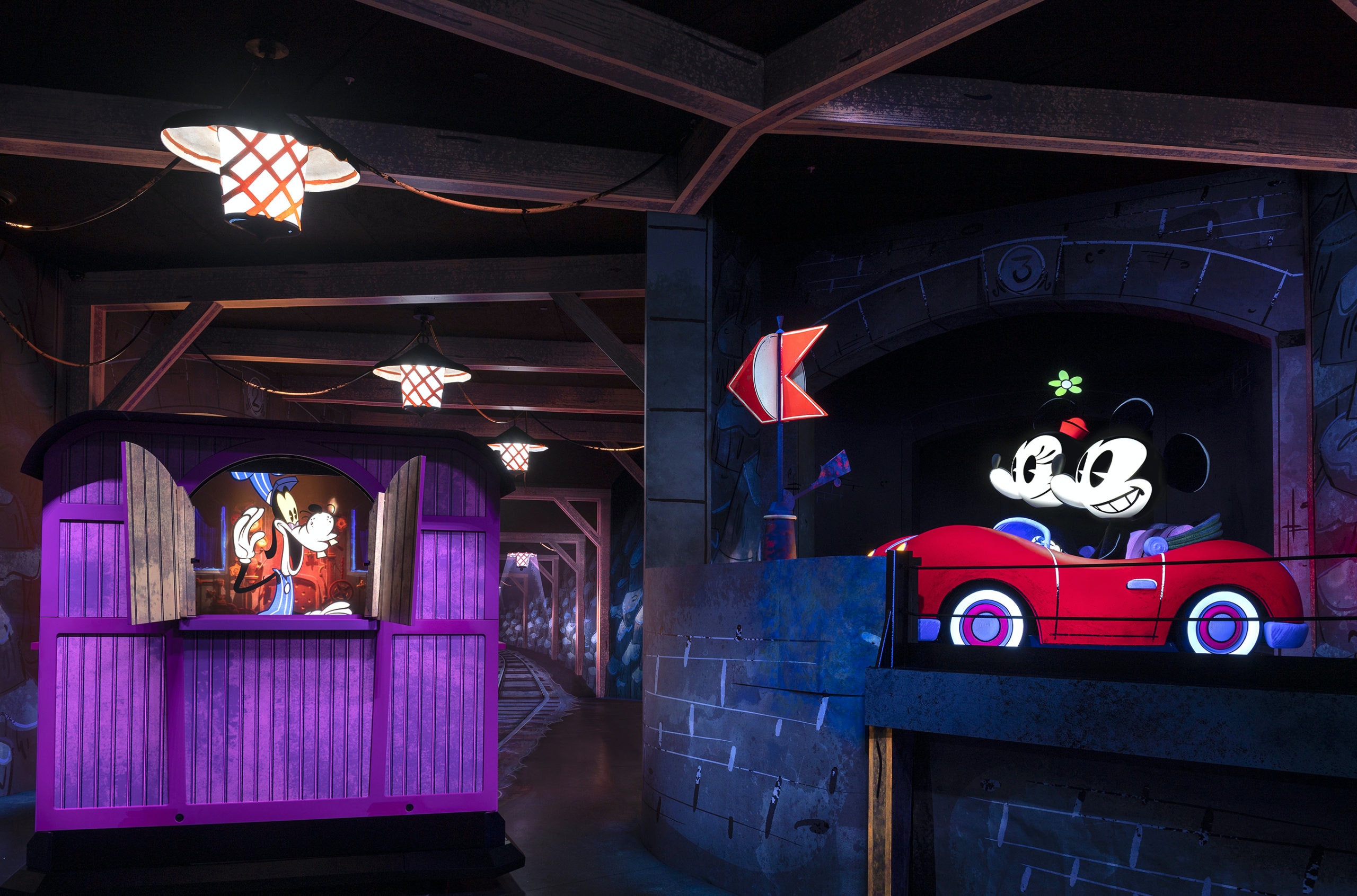 The attraction begins with a trip through the park, followed by a tunnel. In the tunnel scene, guests encounter Minnie and Mickey in the car driving alongside them. Mickey and Minnie will be audio-animatronics figures here, inside of a physical car that will travel alongside guests through the entire scene. 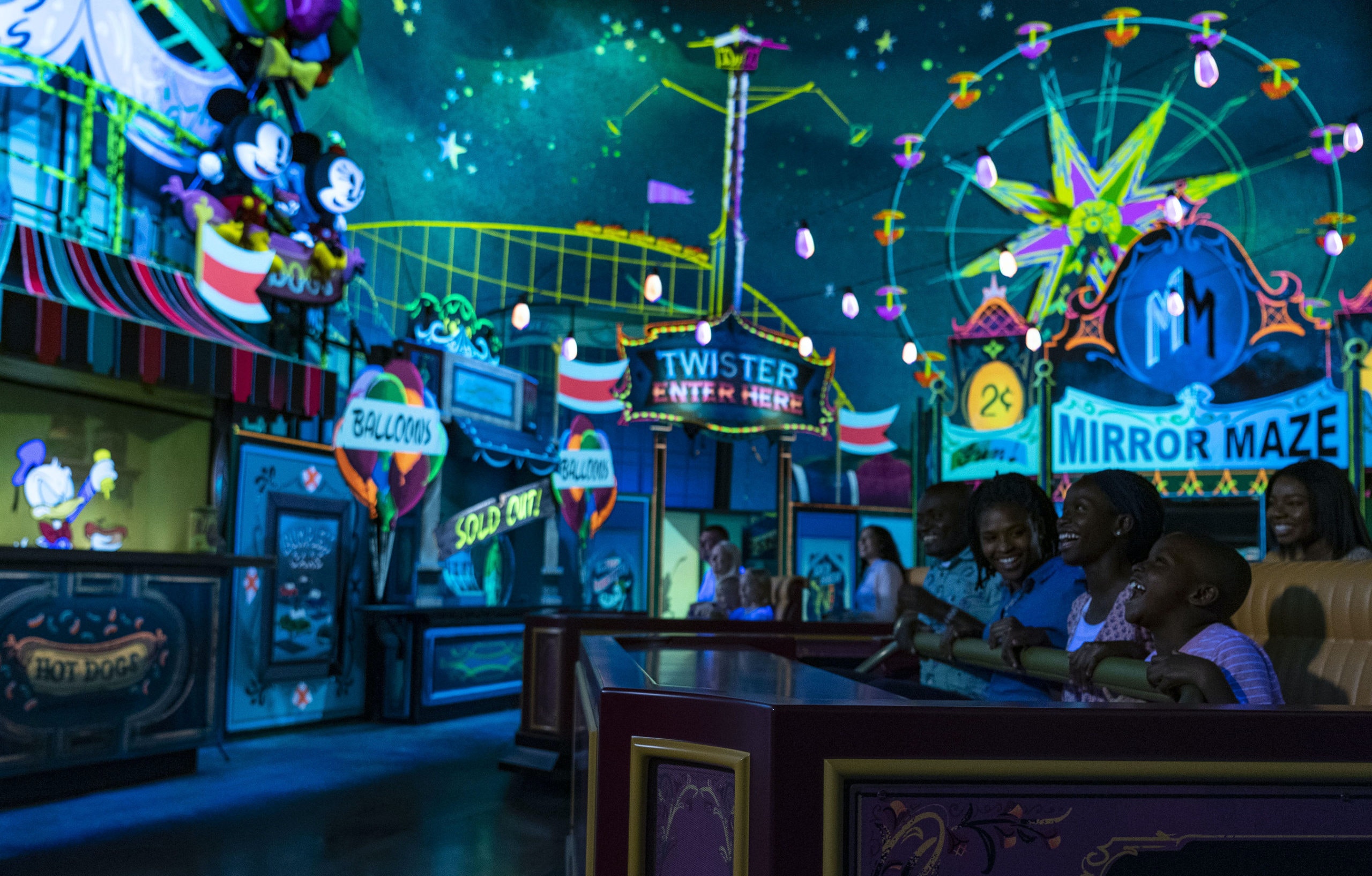 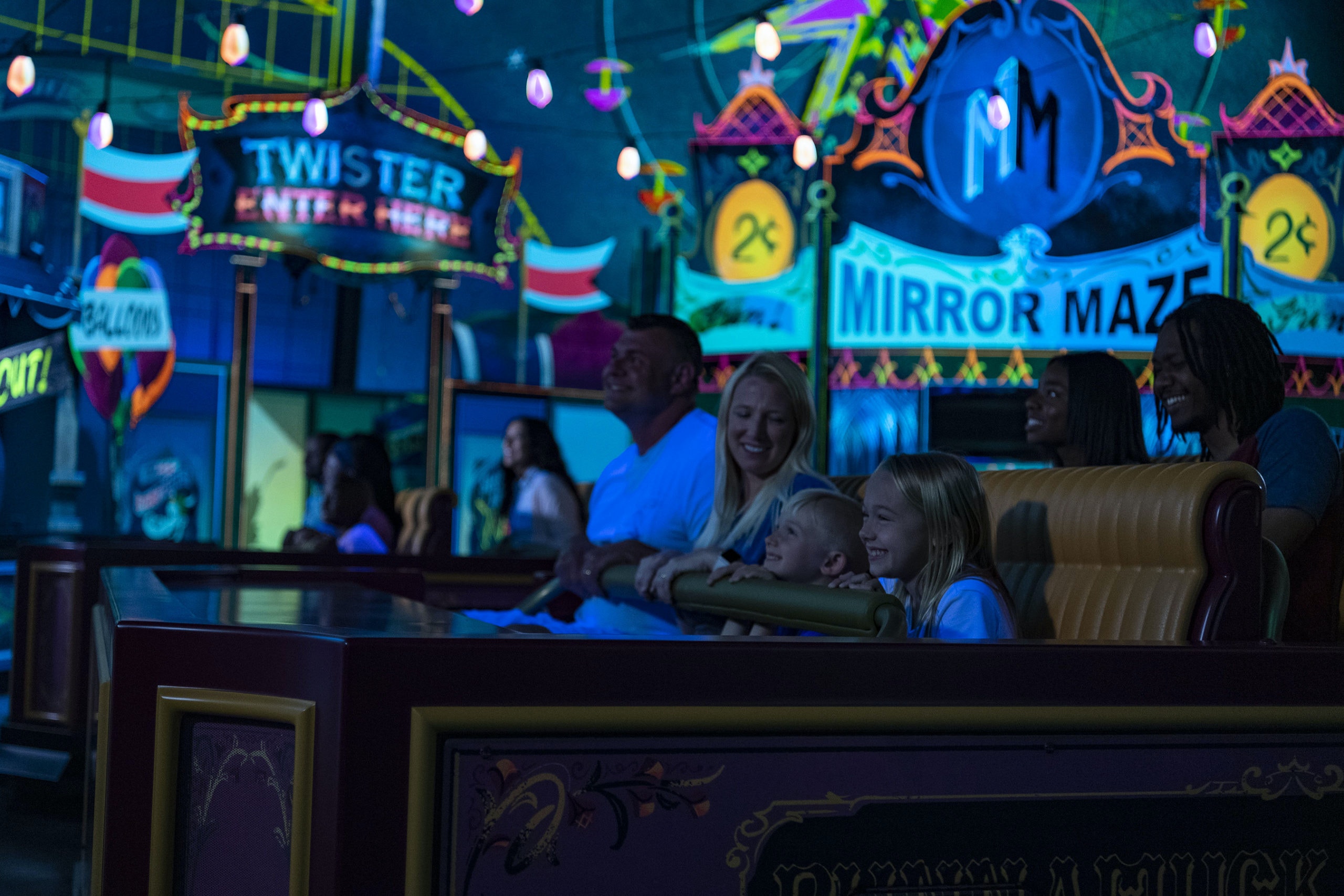 The next scene appears to be a stampede or “running of the bulls” type scenario, where the cars break apart and try not to incur the wrath of the stomping creatures. This is followed by a trip to the carnival, which somehow ultimately ends with Mickey and Minnie caught up in a twister. 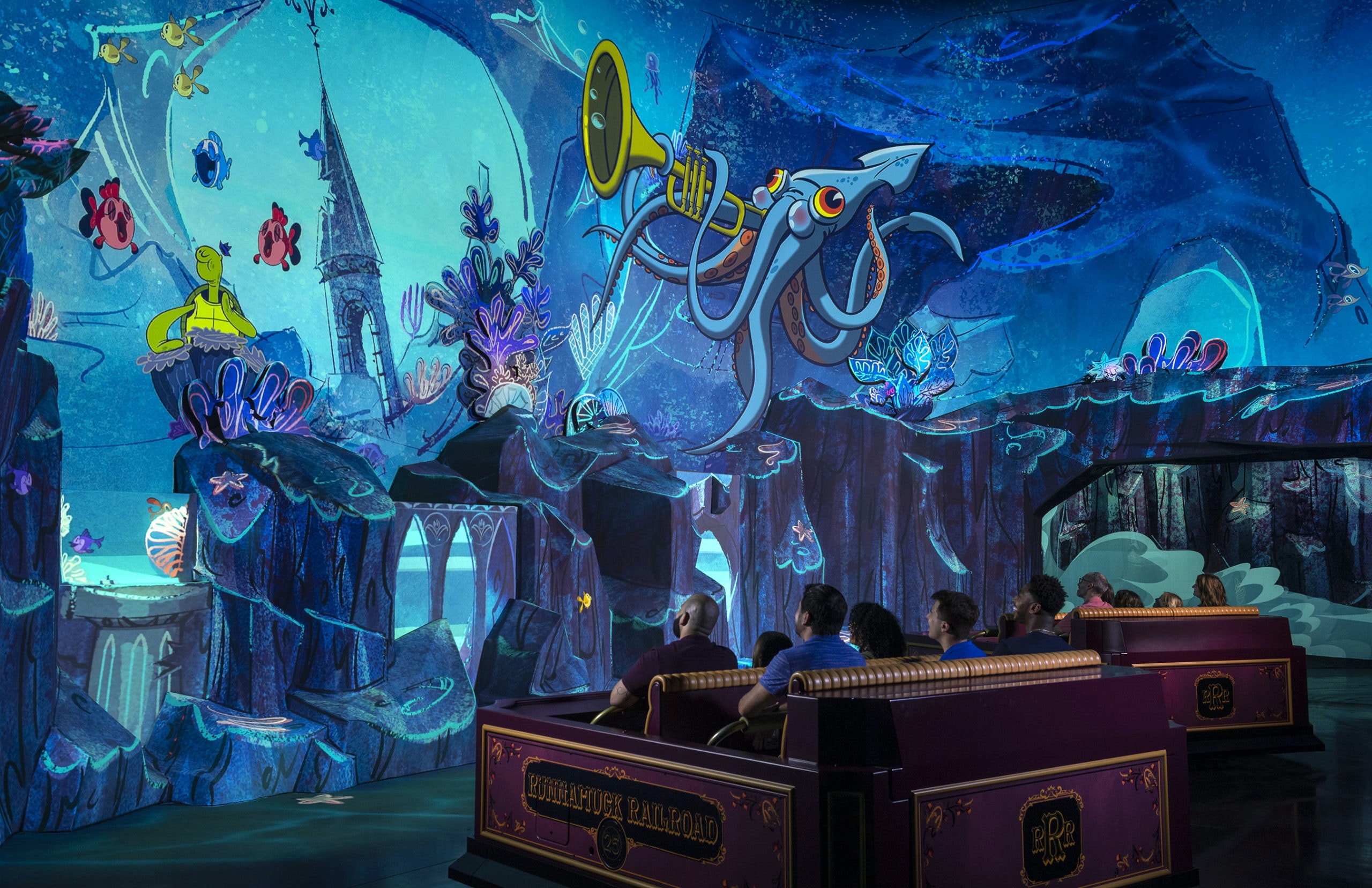 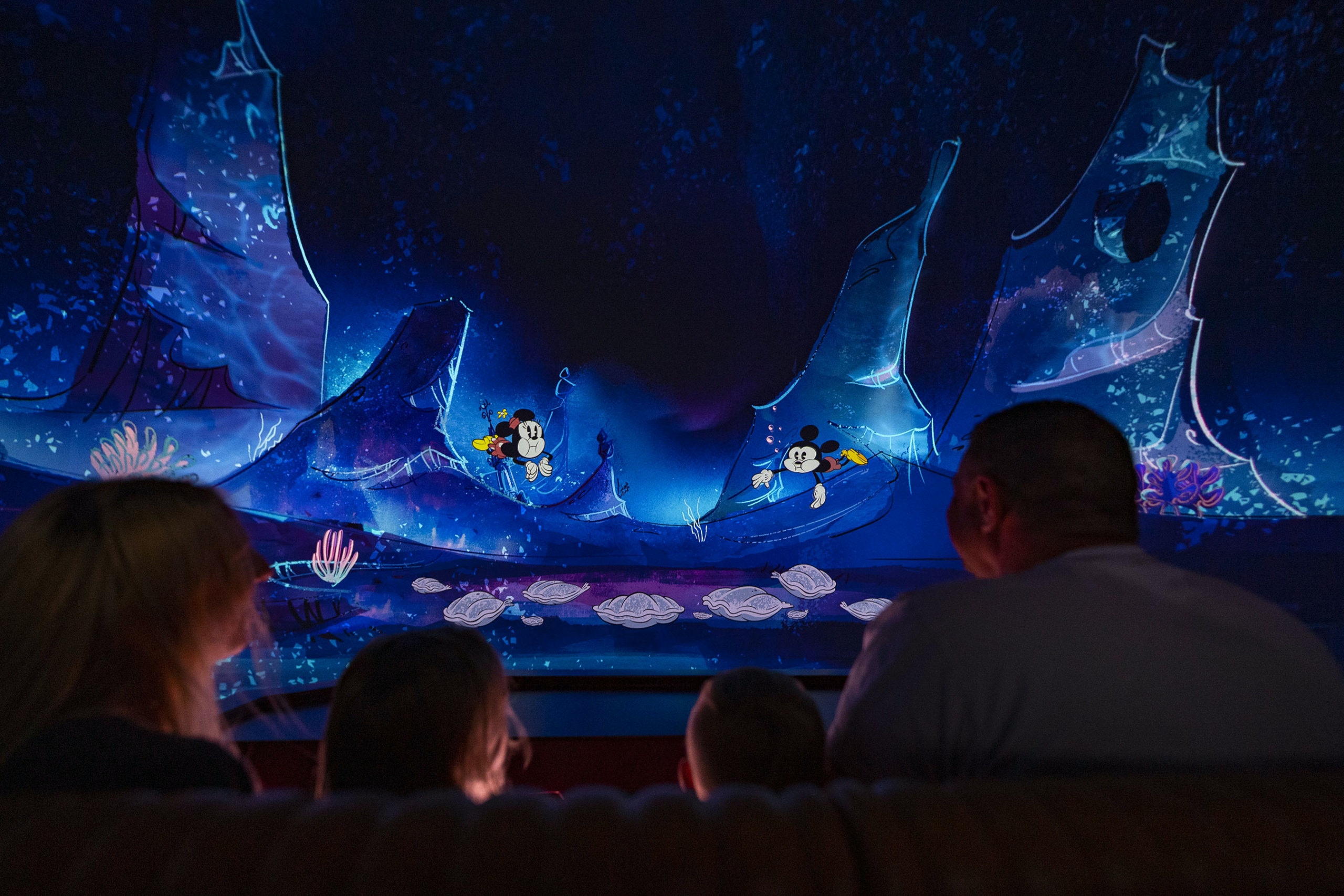 The twister drops guests and the characters in a tropical locale with 4 separate rooms, one for each car of the 4-car train to pull into. These individual rooms have a large screen and water effects that will spray guests as they teeter near the edge of a waterfall. 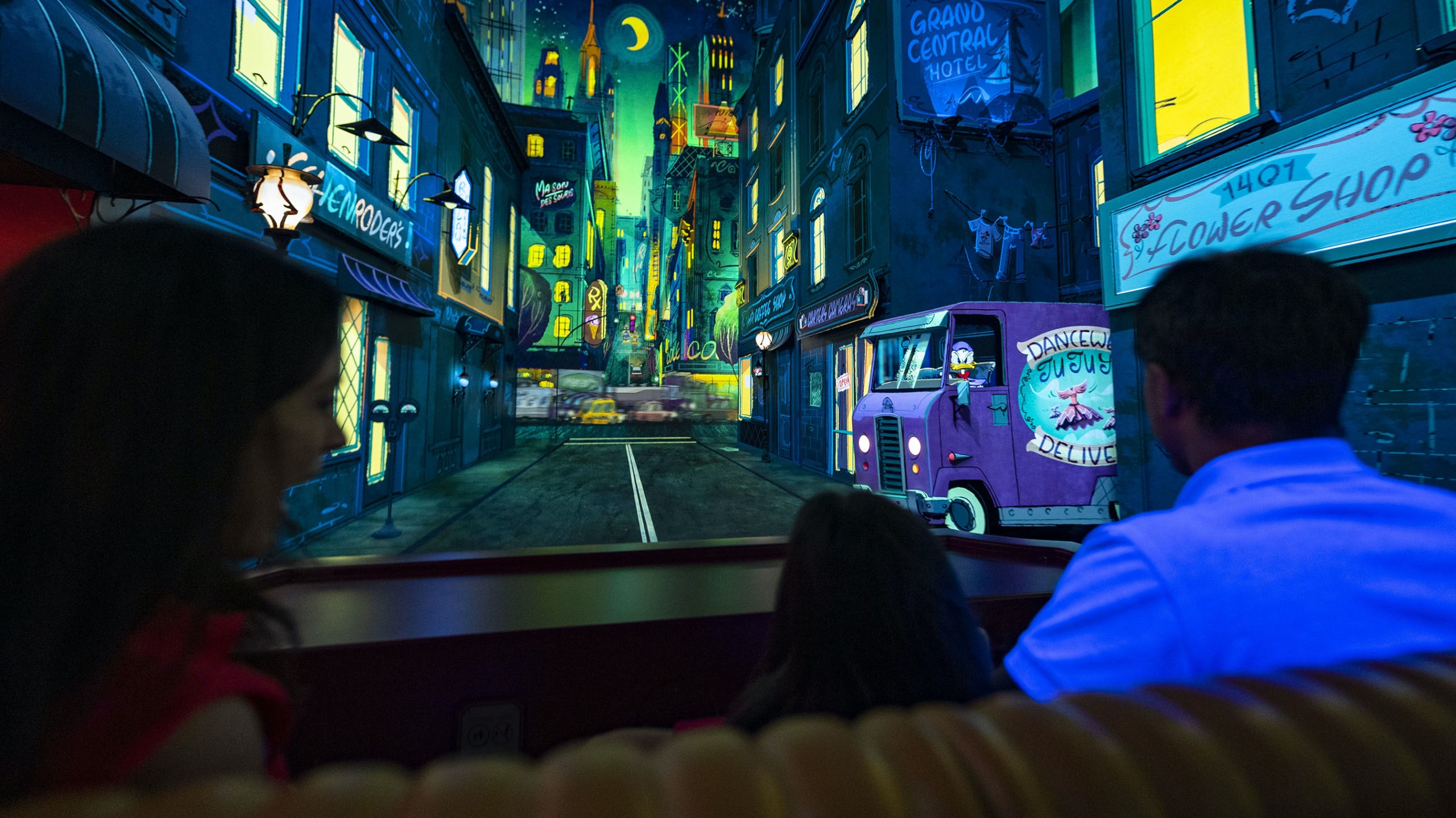 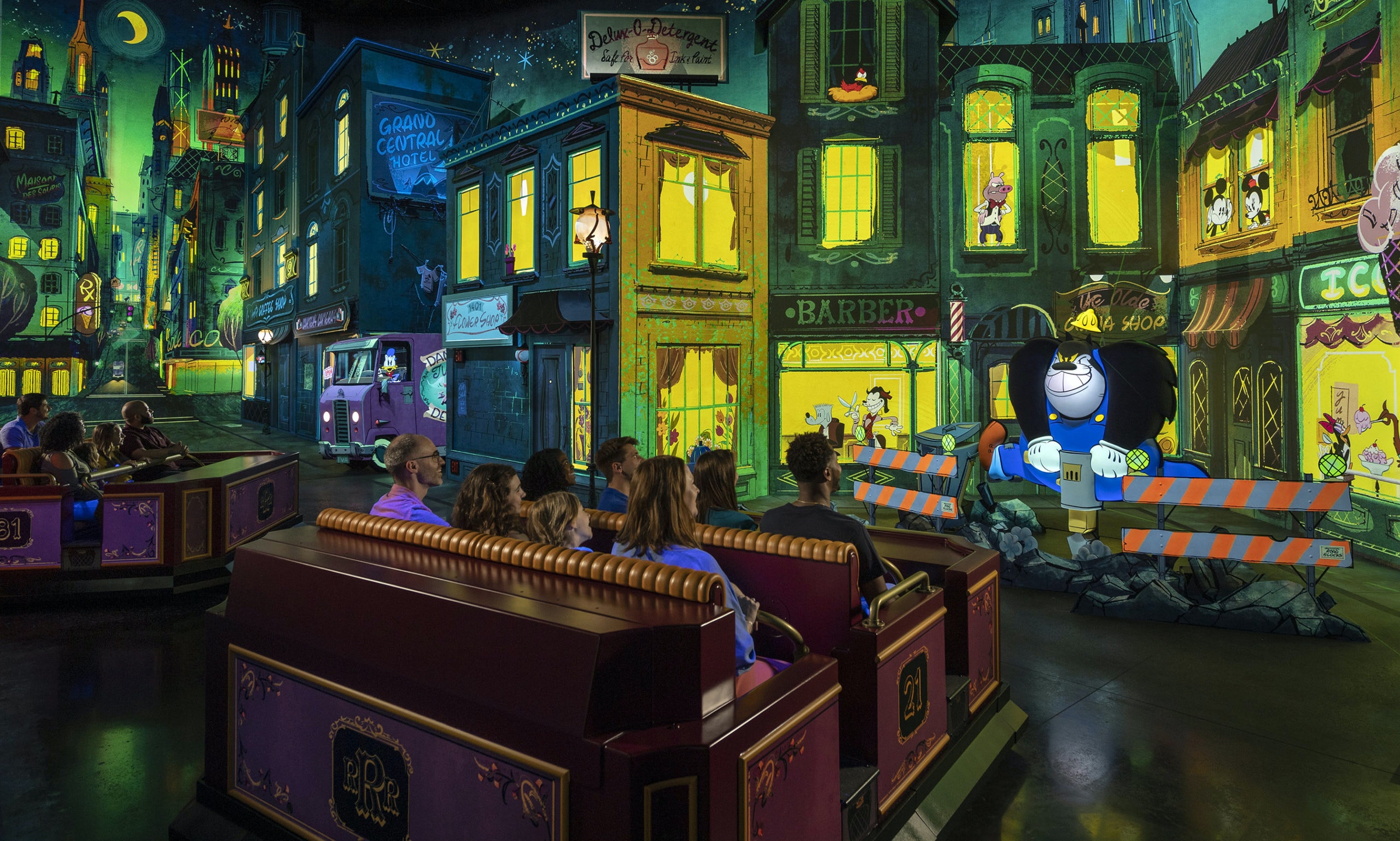 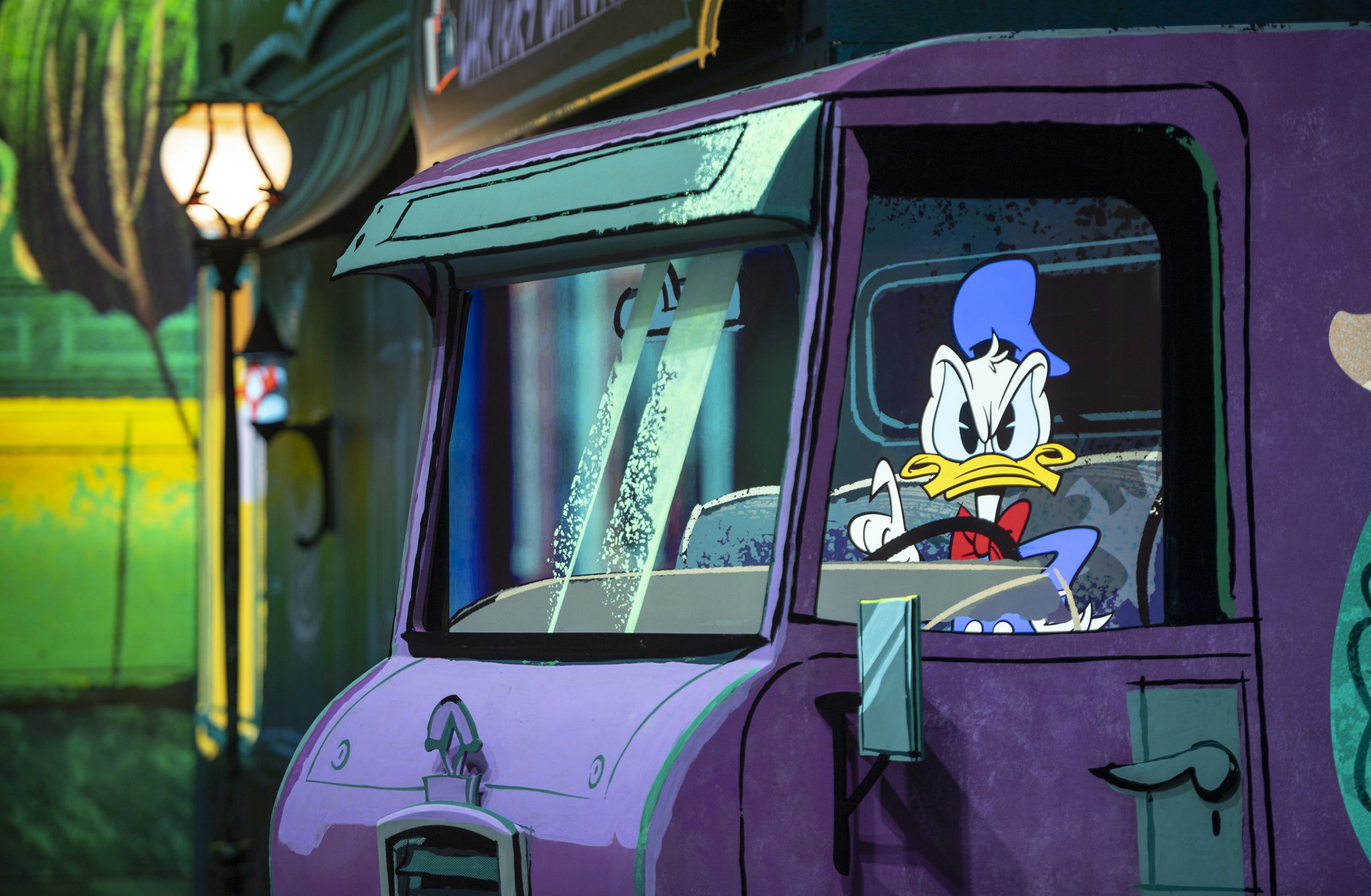 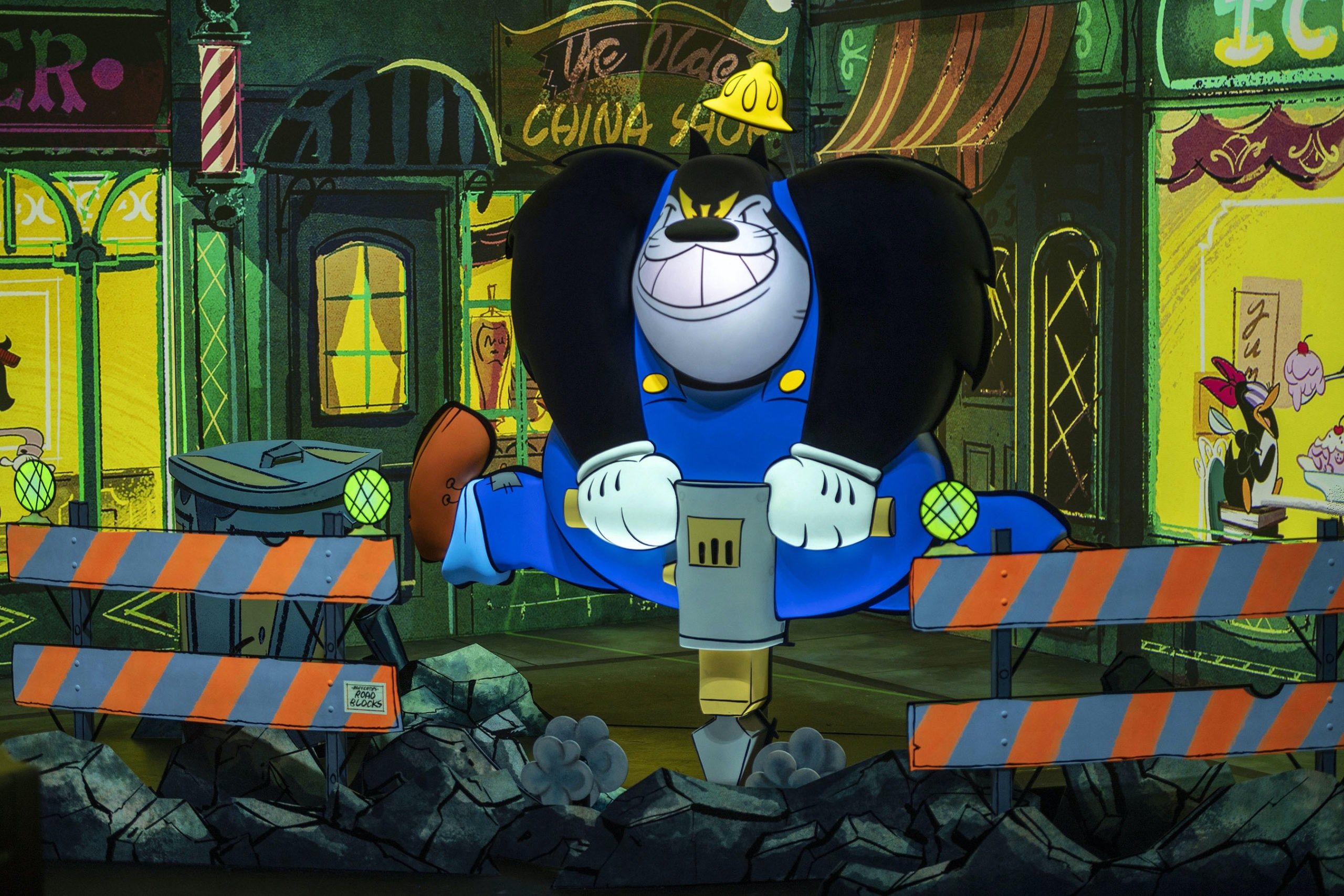 Guests end up in a alleyway leading to a large factory. 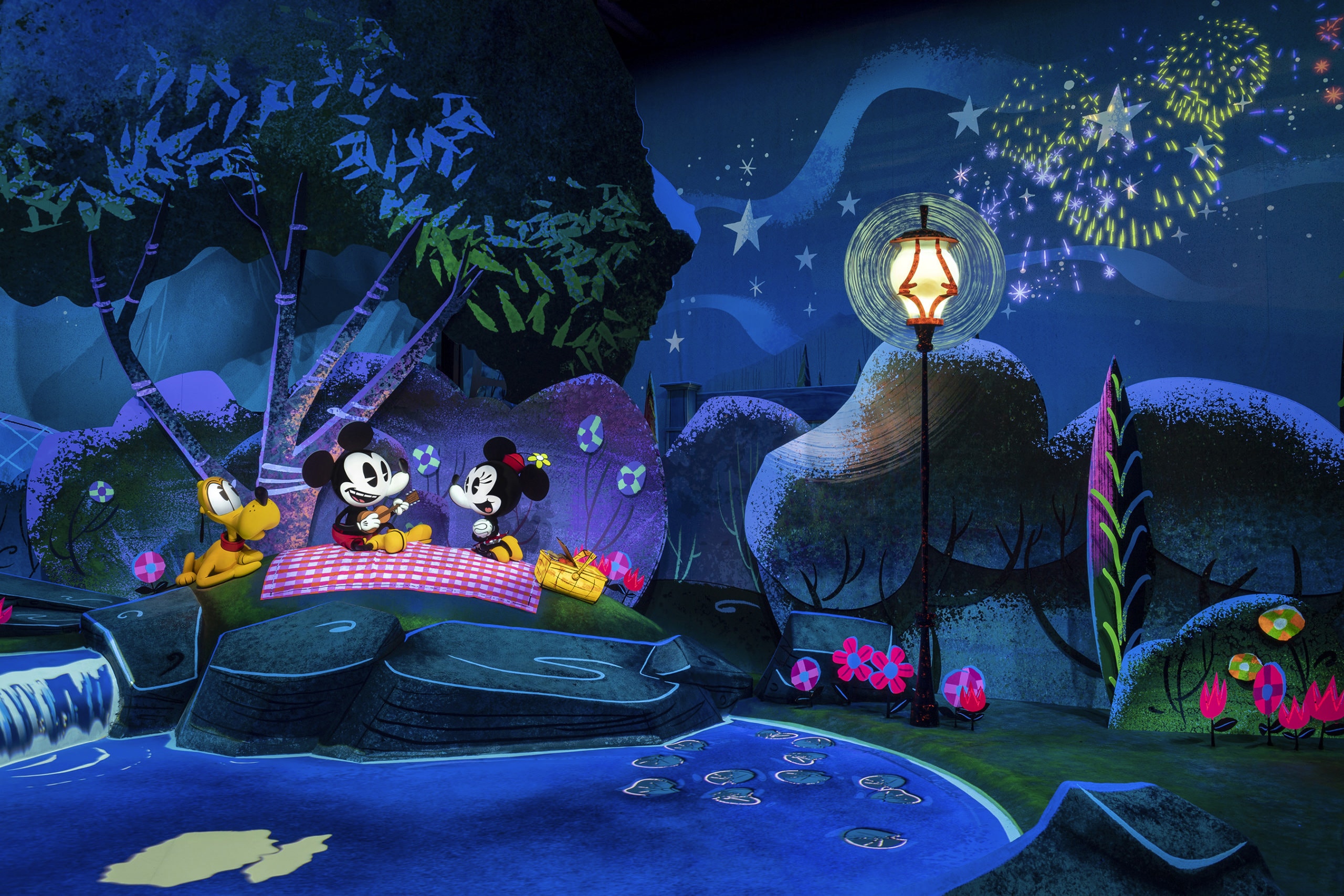 Once guests are safe, they arrive back in the park for a picnic. This scene includes audio-animatronic figures of Mickey, Minnie and their dog, Pluto. Guests then head to the unload station and disembark to eventually exit out the same exit doors as The Great Movie Ride. 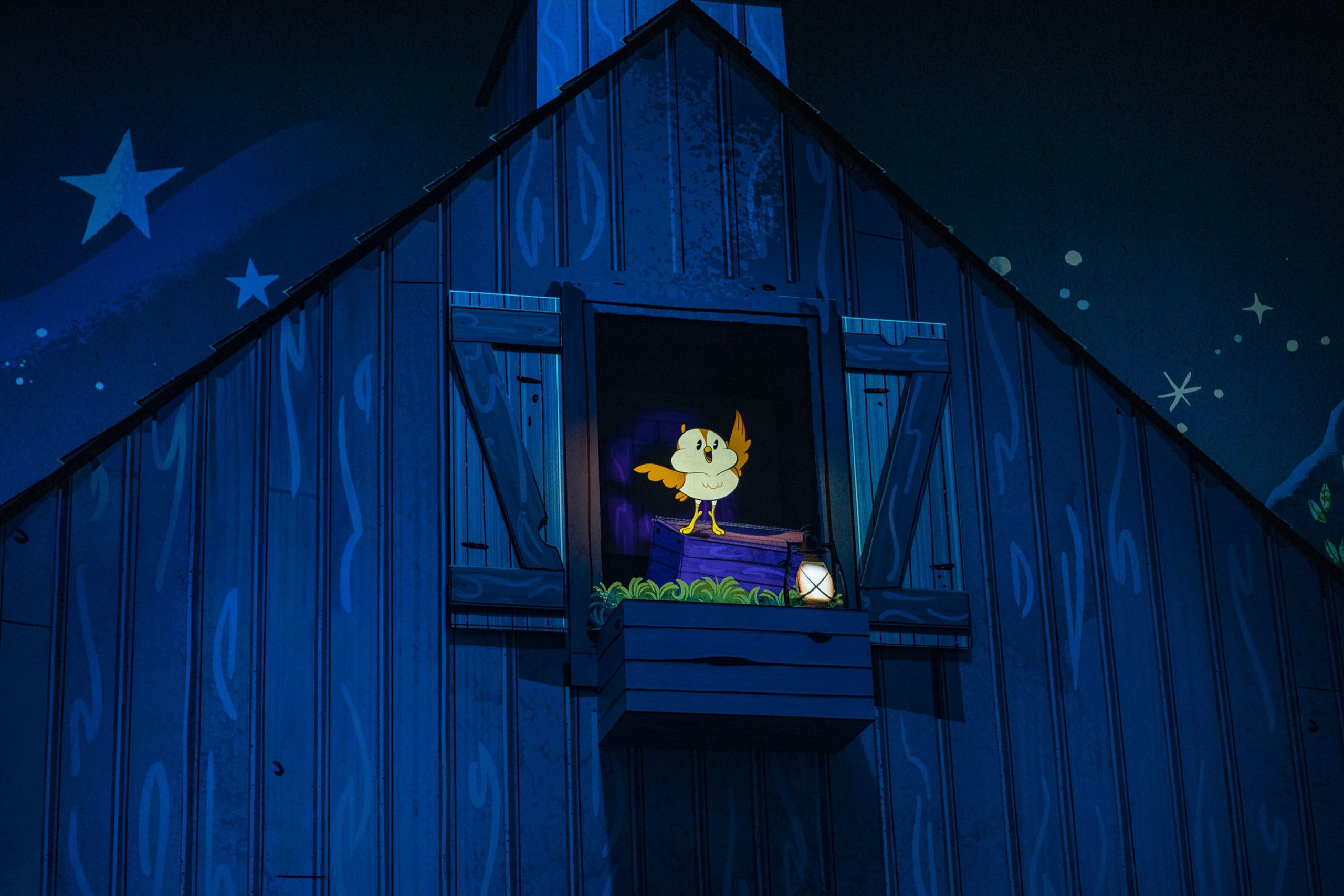 Anything Can Happen: The Story of Mickey & Minnie’s Runaway Railway

Mickey & Minnie’s Runaway Railway invites families to begin their adventure together at the heart of Disney’s Hollywood Studios. They’re ushered inside the theater for the premiere of a new “Mickey Mouse” cartoon short, “Perfect Picnic,” written by Walt Disney Imagineering and produced by Disney Television Animation. In the story, Mickey and Minnie set off on a journey to find the best spot for a romantic picnic, taking their little red convertible for a drive through Runnamuck Park.

Little do they know Pluto has accidentally stowed away in the trunk of their car, so when the roadster hits a bump and the dutiful dog flies out … mayhem ensues. It’s at this point Disney magic brings guests through the movie screen and into the cartoon world, where they join Engineer Goofy on a train ride on the Runnamuck Railroad, following Mickey and Minnie through the park on their quest for that perfect picnic. And with Goofy at the helm, what could possiblygo wrong? A lot, actually, as along their journey guests will:

It’s up to Mickey and Minnie to keep guests out of trouble, all while poor Pluto tries to catch up and bring them their picnic basket! It’s a charming experience for the entire family – from grandparents to grandchildren and everyone in between – full of surprises and pure, joyous fun befitting those true originals, Mickey Mouse and Minnie Mouse.

Mickey & Minnie’s Runaway Railway is full of hidden gems that nod to Disney history. It will likely take many times through the attraction to spot them all, but here are just a few:

In Their Own Words: The Making of Mickey & Minnie’s Runaway Railway

“We’ve taken our whole grab bag of theatrical tricks and blended them together so seamlessly you won’t be able to tell what’s what. There is more happening in each and every scene than you could possibly have time to see in just one experience.”

“We look at Mickey & Minnie’s Runaway Railway as a musical. The melody of the attraction’s theme song, ‘Nothing Can Stop Us Now,’ takes on all the flavors of the different scenes as you progress through the experience.”

“This is a once-in-a-lifetime project. It’s an amazing opportunity that I’m honored to be a part of. We are inviting our guests into a Mickey and Minnie cartoon. There are endless possibilities – anything can happen! You have cartoon physics and cartoon logic… there is so much that’s possible.”

Want even more Mickey & Minnie’s Runaway Railway? Check out our video post with the pre-show and select scenes from inside the ride here.

'Encanto,' 'The Incredibles,' and More Women's History Month MagicMobile Designs Available in My Dis...March 30, 2022
Construction Walls Removed From Outside Guardians of the Galaxy: Cosmic Rewind at EPCOTApril 20, 2022
VIDEO: Disney Admits 'Finding Nemo: The Big Blue... and Beyond!’ is a New Show, Seems to Indicate Le...April 22, 2022

2 thoughts on “PHOTOS: First Look Inside and Multiple Scenes From The New Mickey & Minnie’s Runaway Railway at Disney’s Hollywood Studios”