The live-action remake of the Disney animated classic Mulan is set to hit theaters on March 27th and we have seen a steady stream of merchandise march into Walt Disney World. We also have our first pair of Mulan ears released for the upcoming film and they will surely bring honor to your collection. 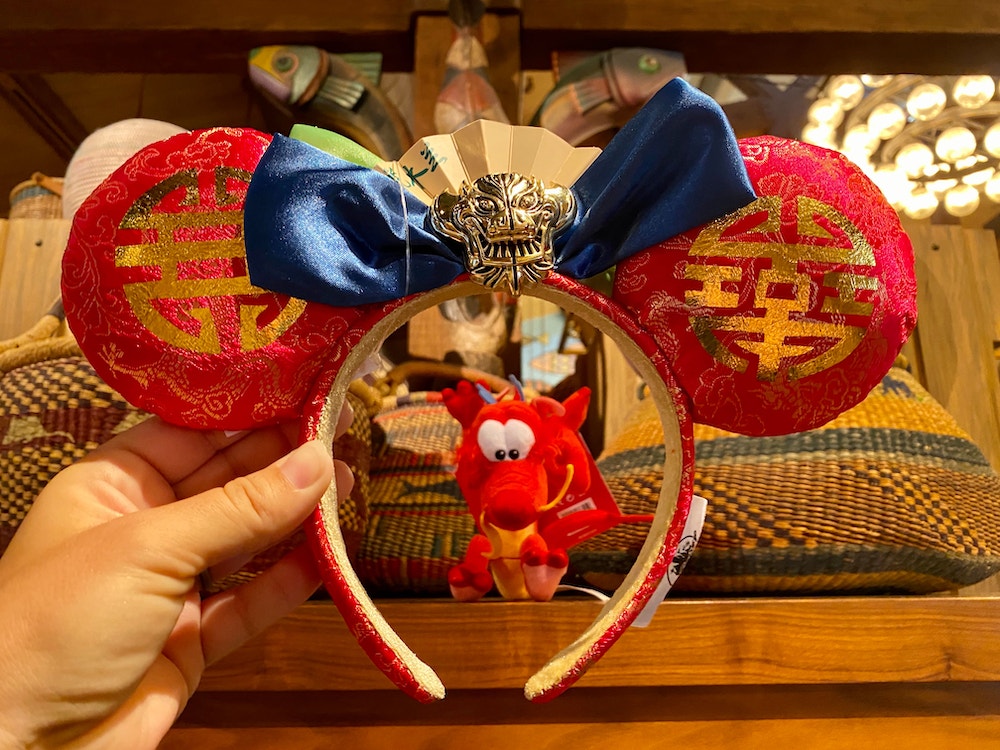 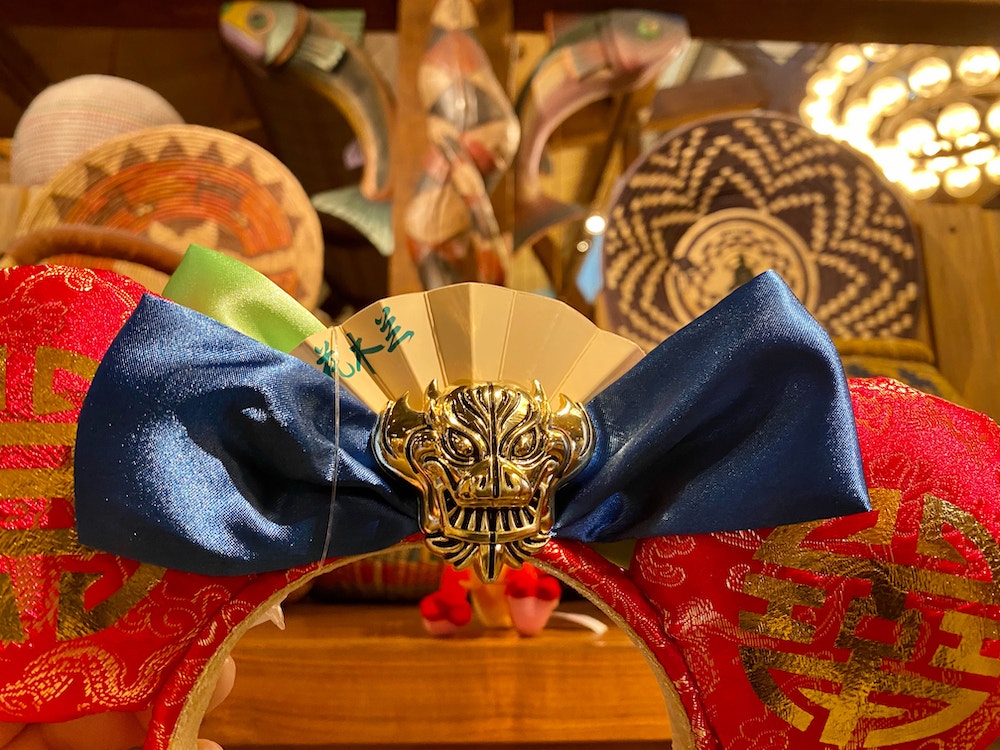 The ears feature a dragon god pendant tying the blue bow together. Unfortunately, our beloved Mushu will not be returning to the live-action remake, nor will he be present on these ears. 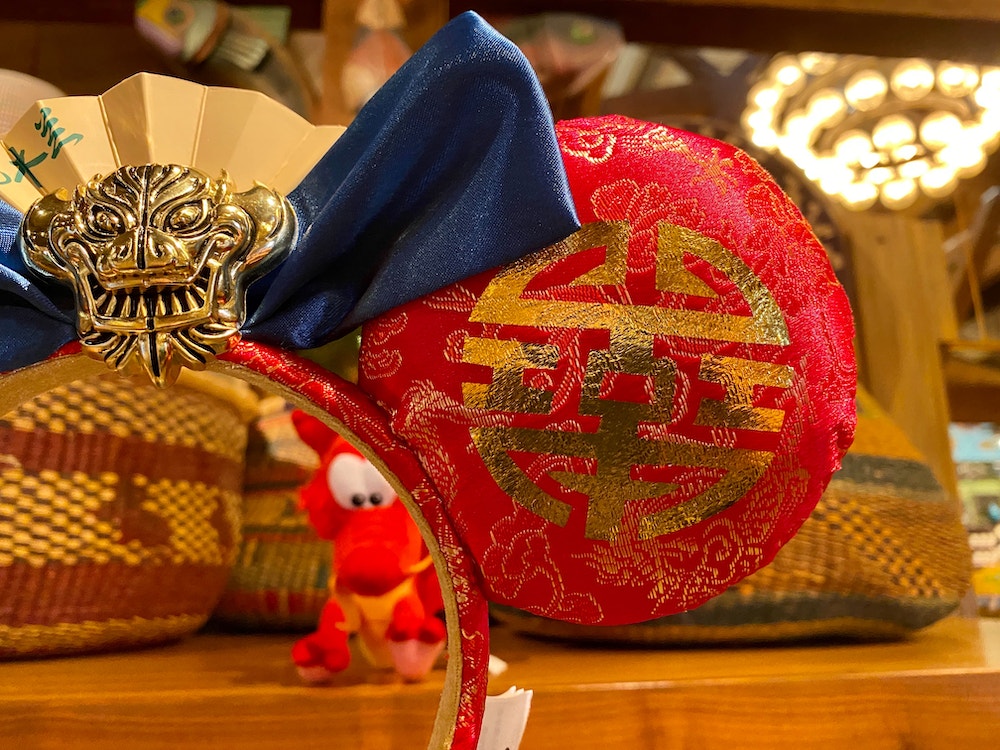 The gold leaf symbol is prominent on both sides of the ears and really stands out across the red silk background of various Chinese symbols etched across the ears. 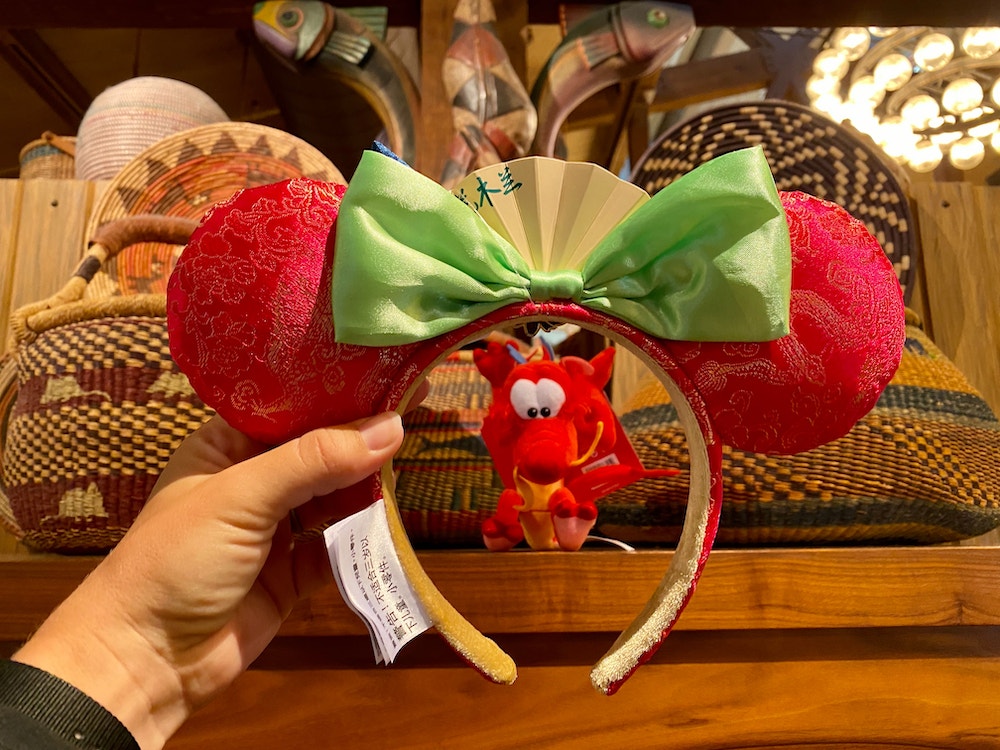 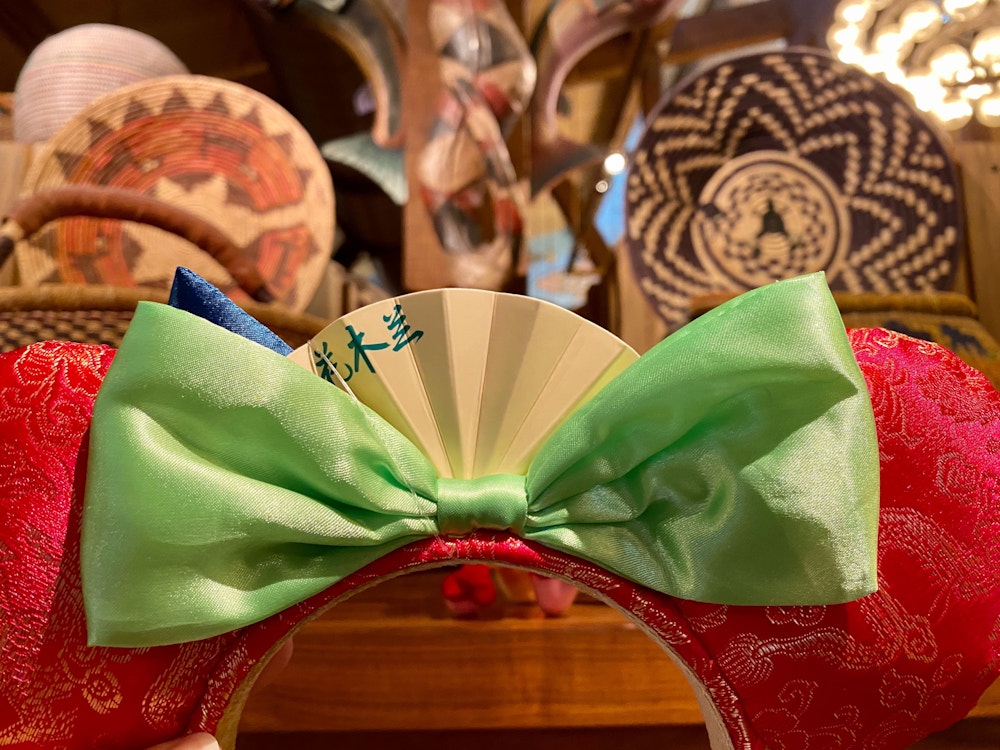 There is a front bow as well as a back bow with a Chinese fan separating the two. The imprinted drawings on the ears feature lotus flowers, dragons, among other Chinese heritage symbols. 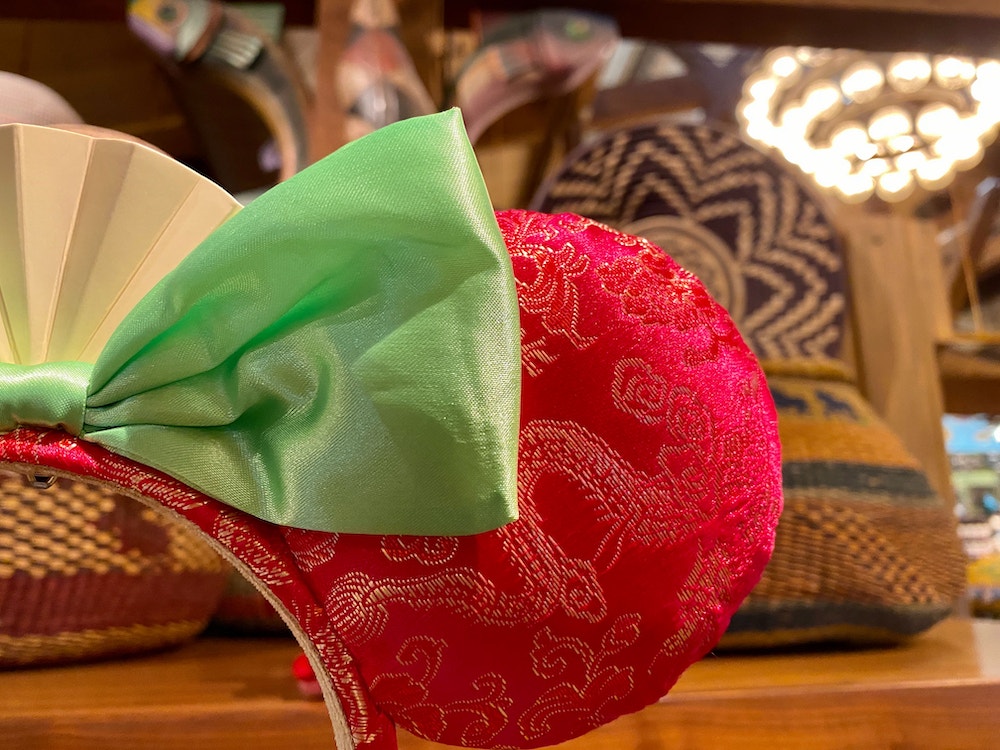 We found these ears this morning at Discovery Island Trading Co. at Disney’s Animal Kingdom for $29.99. Leading up to the release of the film, we would anticipate these being available park-wide soon.

Next
PHOTOS: New Peoplemover 3-D Phone Case Released Through D-Tech on Demand at the Magic Kingdom