Even through the COVID-19 closure of Tokyo Disneyland and DisneySea, construction rages on across the resort. Just the other day, we revealed the new countdown clock installations on the Disney Resort Line. Now, let’s take a look at the progress along the Main Entrance construction! Keep in mind, the last time we checked this out was before the closure, so there’s been some significant strides. 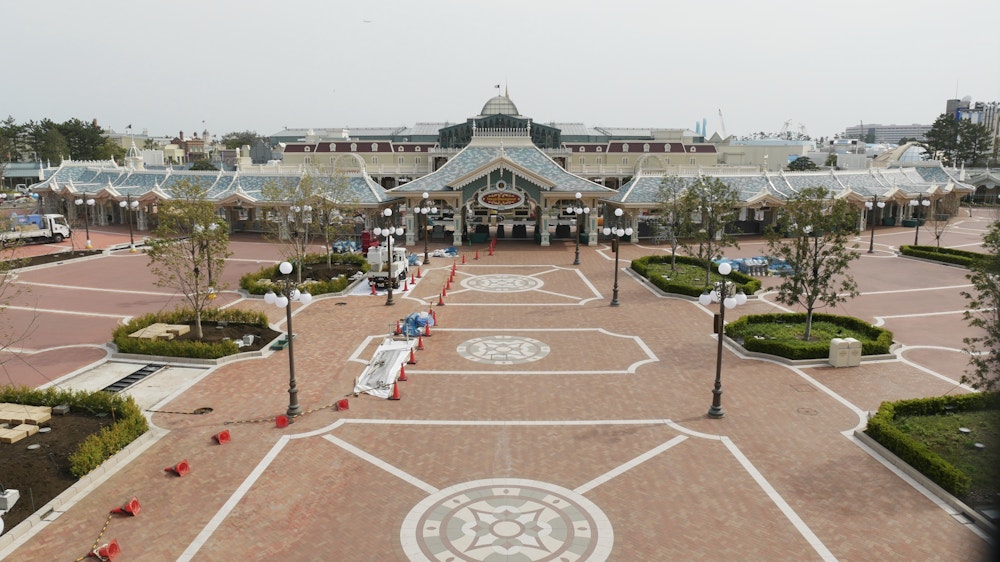 With the structures complete and pavement almost done as well, the view of the entrance looks pretty grand. Those cones on the ground mark where the construction wall used to stand. 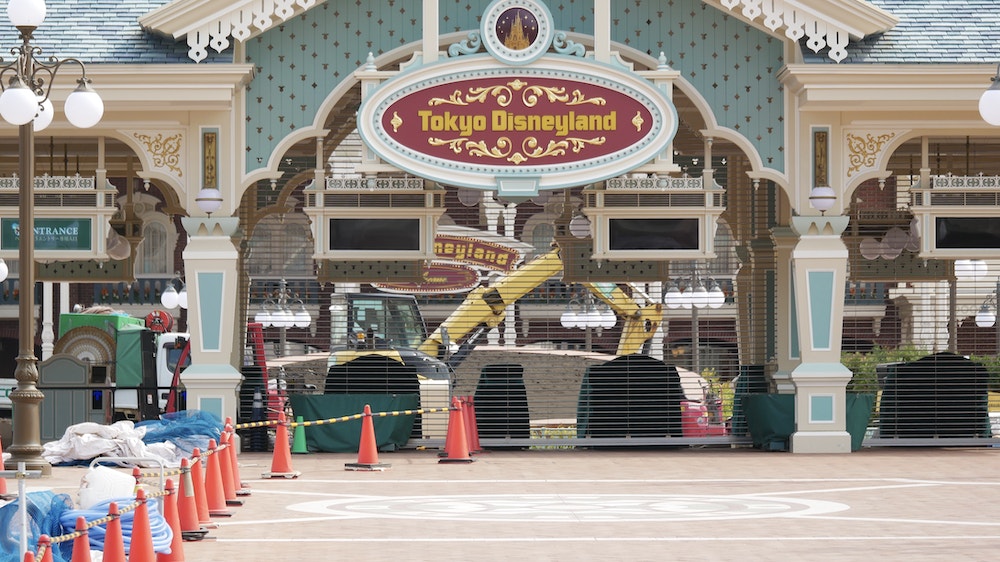 Since Very Very Minnie was cut short, the Minnie floral planter was removed from the entrance. 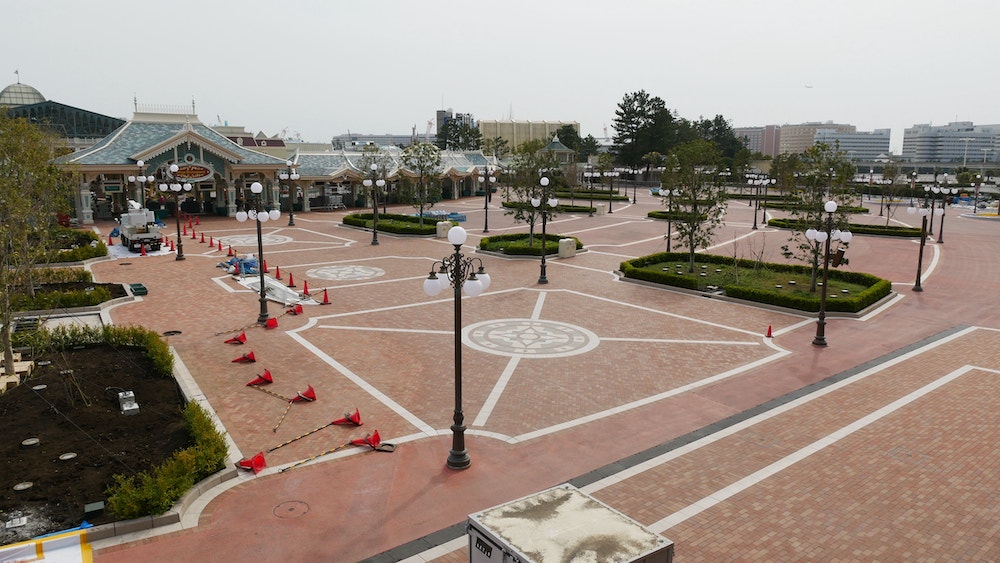 Before we get into what has really changed, it’s worth looking at the side that has been open since last November. This is pretty much what the new side will look like, except mirrored. It’s almost there, unbelievably enough! 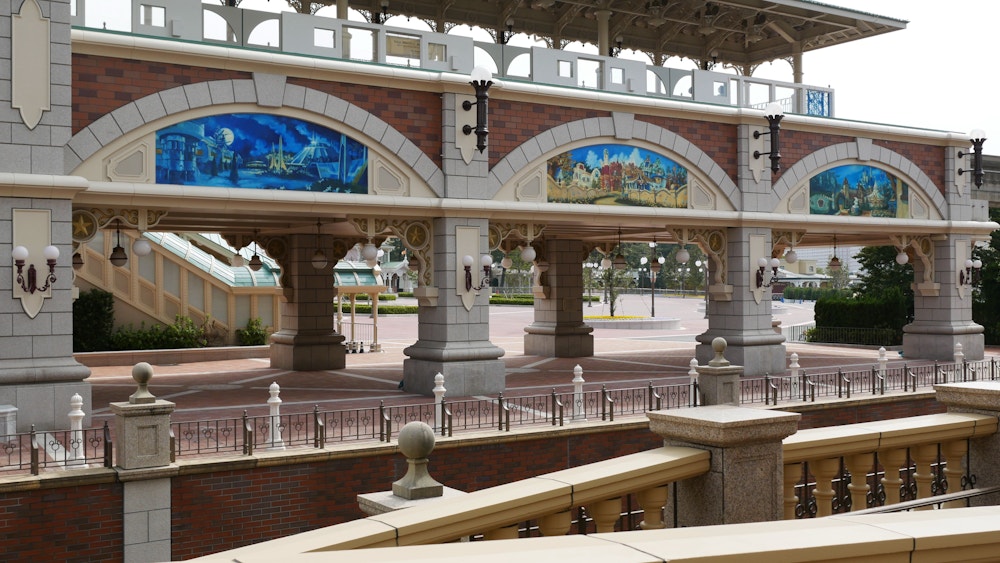 Brickwork is complete around the Disney Resort Line entrance. Once the parks reopen, we won’t have to meander through construction walls over here anymore! 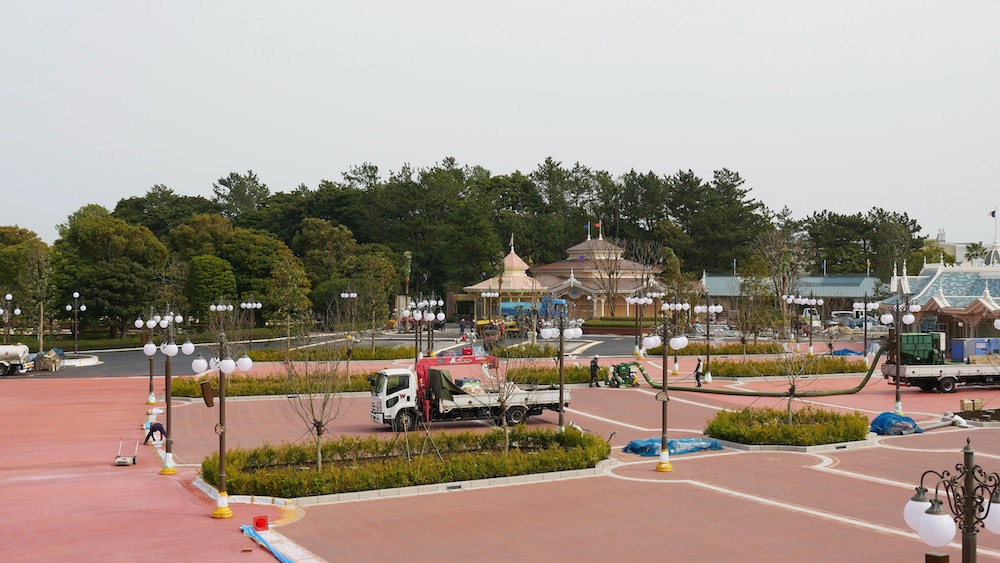 About two-thirds of the new side is painted, with the other third either paved and unpainted, or yet to be paved. Most foliage and vegetation is in place, lampposts are fitted with speakers and signage, and the final touches are underway! 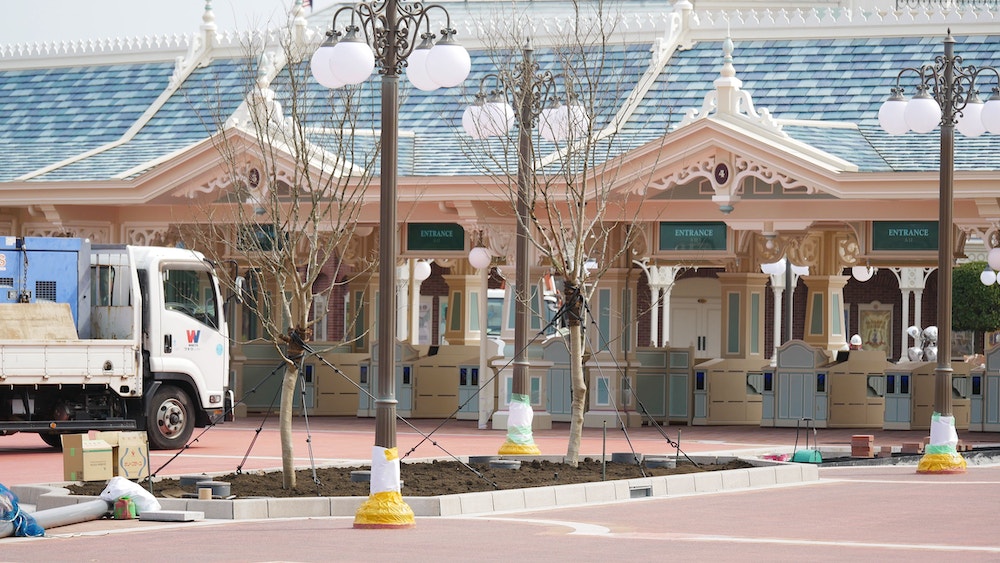 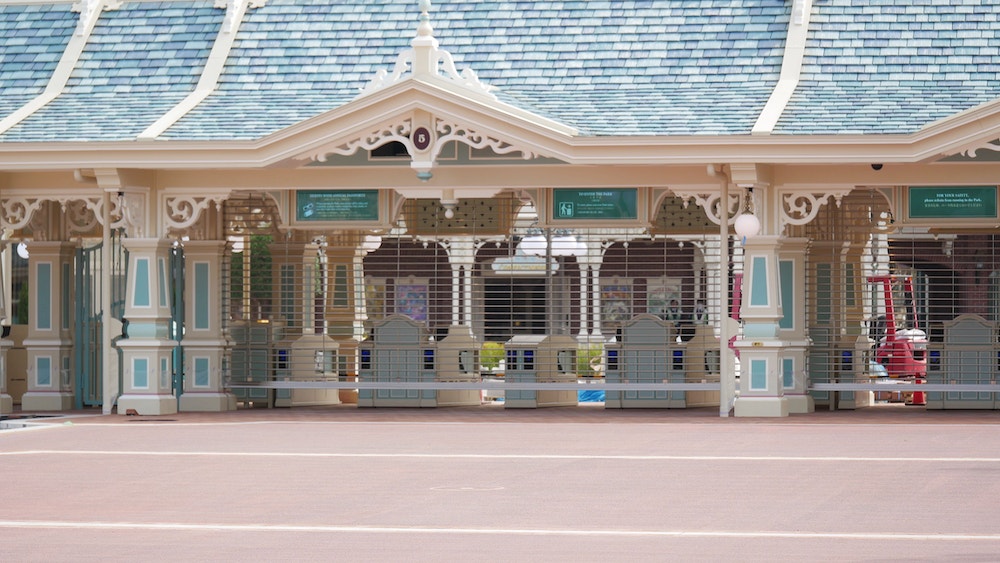 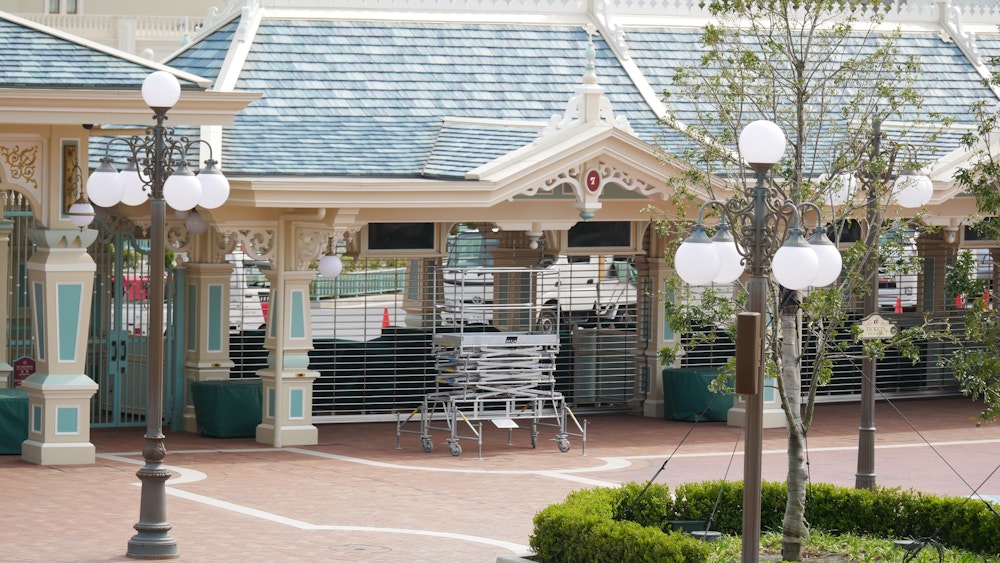 The already-open side remained powered off and covered, however. 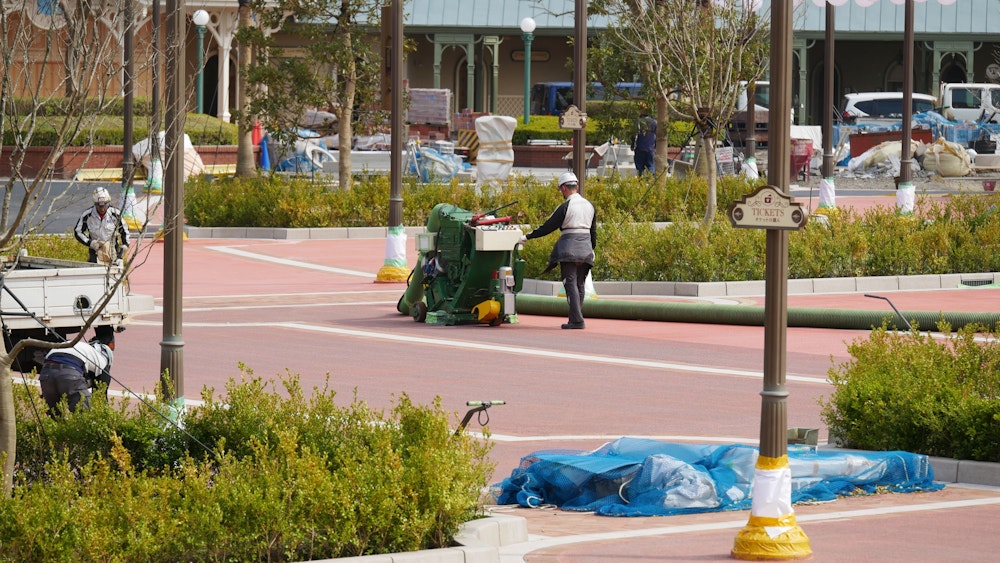 Workers were adding the black mixture to the red pavement paint, the final step in this part of the process. 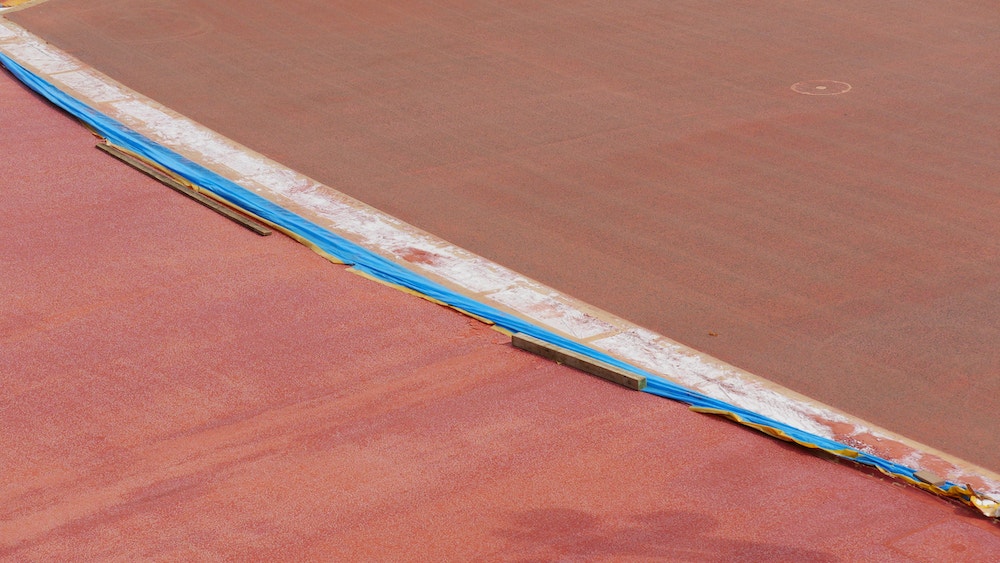 If you’re curious about the before-and-after regarding the finishing coat of paint, look no further than this divide! 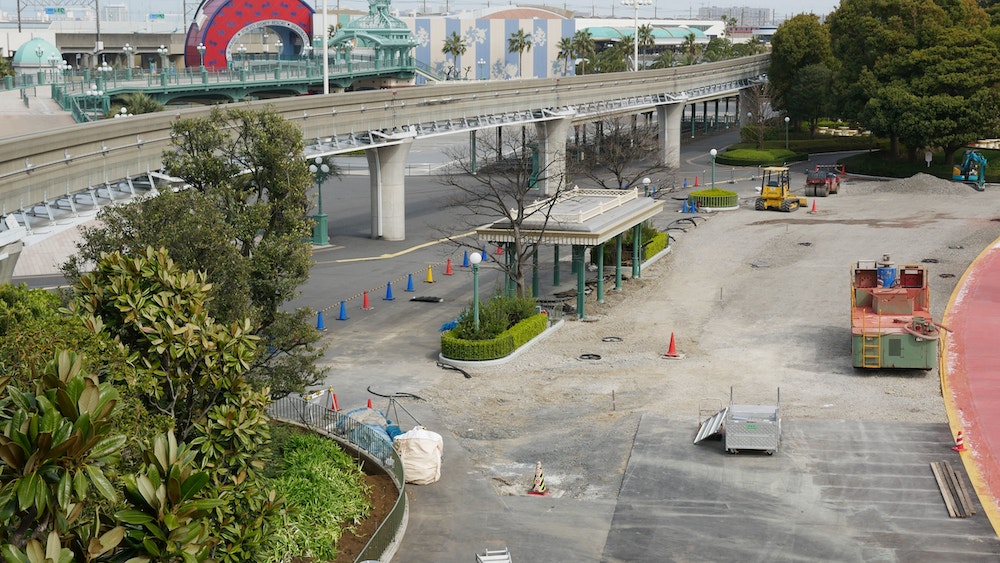 Over by the bag checkpoint, however, there is work yet to be done. Excess dirt and gravel still cover this area, and the site of the temporary construction offices has finally been dismantled. This area will likely be the last for repaving and finishing. 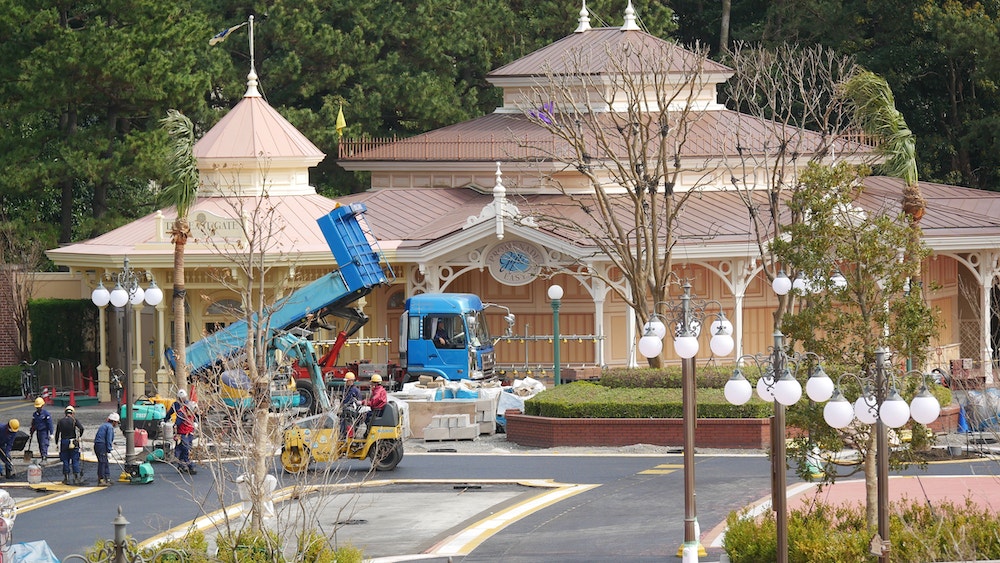 Off in the distance by The East Gate, pavement work is a bit further from done. The asphalt remains black over here. I wonder if the Promenade Gifts East sign will finally come down, since its no longer listed on the TDR website. 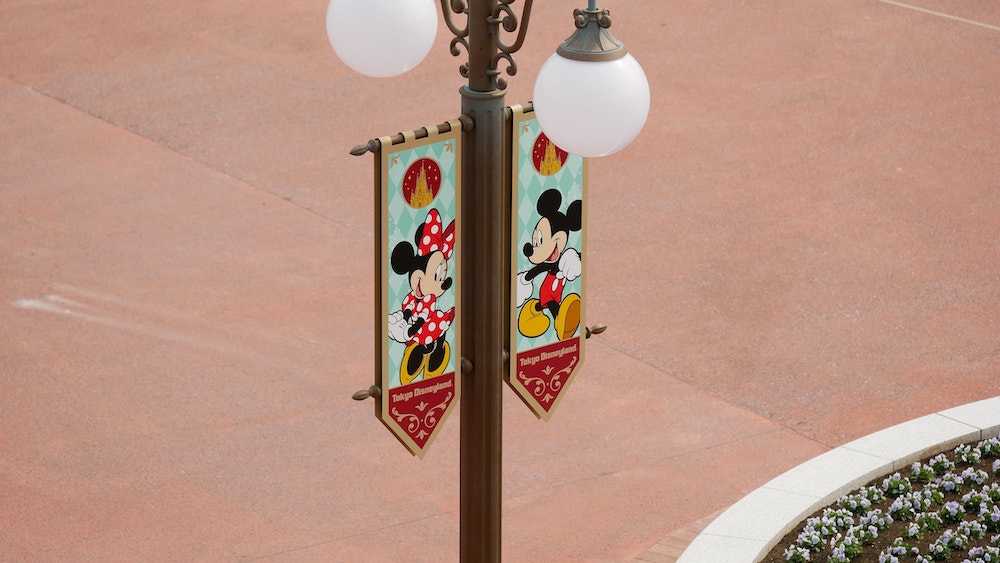 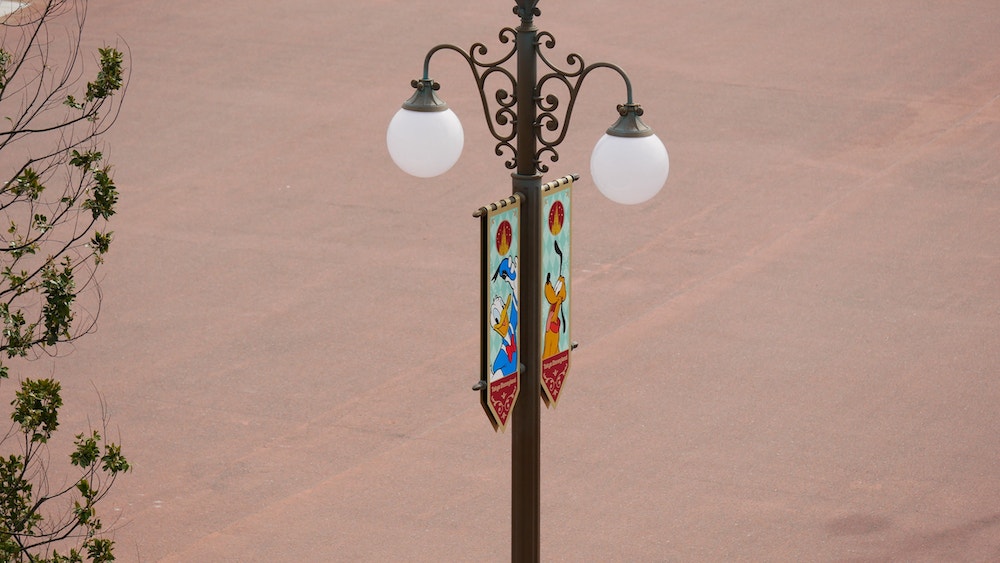 New character banners were installed recently on the already-open side. There’s several of these, but the only ones we could catch from Tokyo Disneyland Station were these four. It’s a nice extra touch, but I wonder why they took this long. 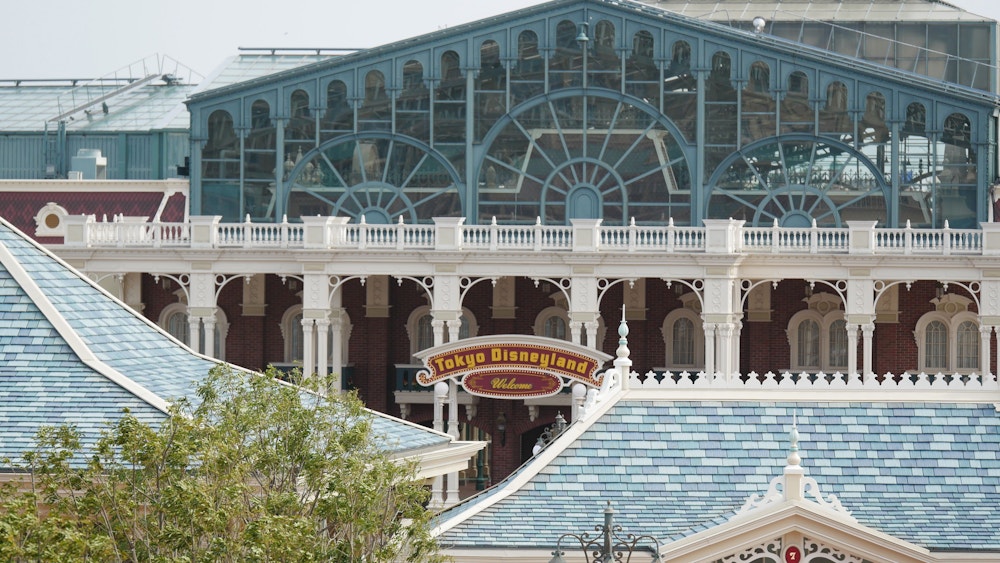 I hope it won’t be too long before we can finally visit again. Even from a distance, it’s nice to see the welcome sign once in a while.

It’s nice to finally see this project wrapping up. The work has been underway since April 2018, and it looks just like what we were promised in 2017. I look forward to when Tokyo Disneyland reopens and we get a full view of the beautiful new entrance! What are your thoughts? Let us know below or on social media!

Previous
TODAY on WDWNT LIVE: Tokyo DisneySea’s “Fantasmic!” and “The Legend of Mythica” Morning Watch-Alongs, Plus an Evening of ParksCenter!

Next
VIDEO: Watch the Full Official Video of Fantasmic! at Tokyo DisneySea Now Through April 30th