Nothing can stop us now! And nothing’s going to stop us from going back for seconds of this delicious new Blueberry Pie at Disney’s Hollywood Studios. In celebration of the grand opening of Mickey & Minnie’s Runaway Railway, a new treat was quietly added to the menu at Trolley Car Cafe in the park, and it’s caught us by surprise. 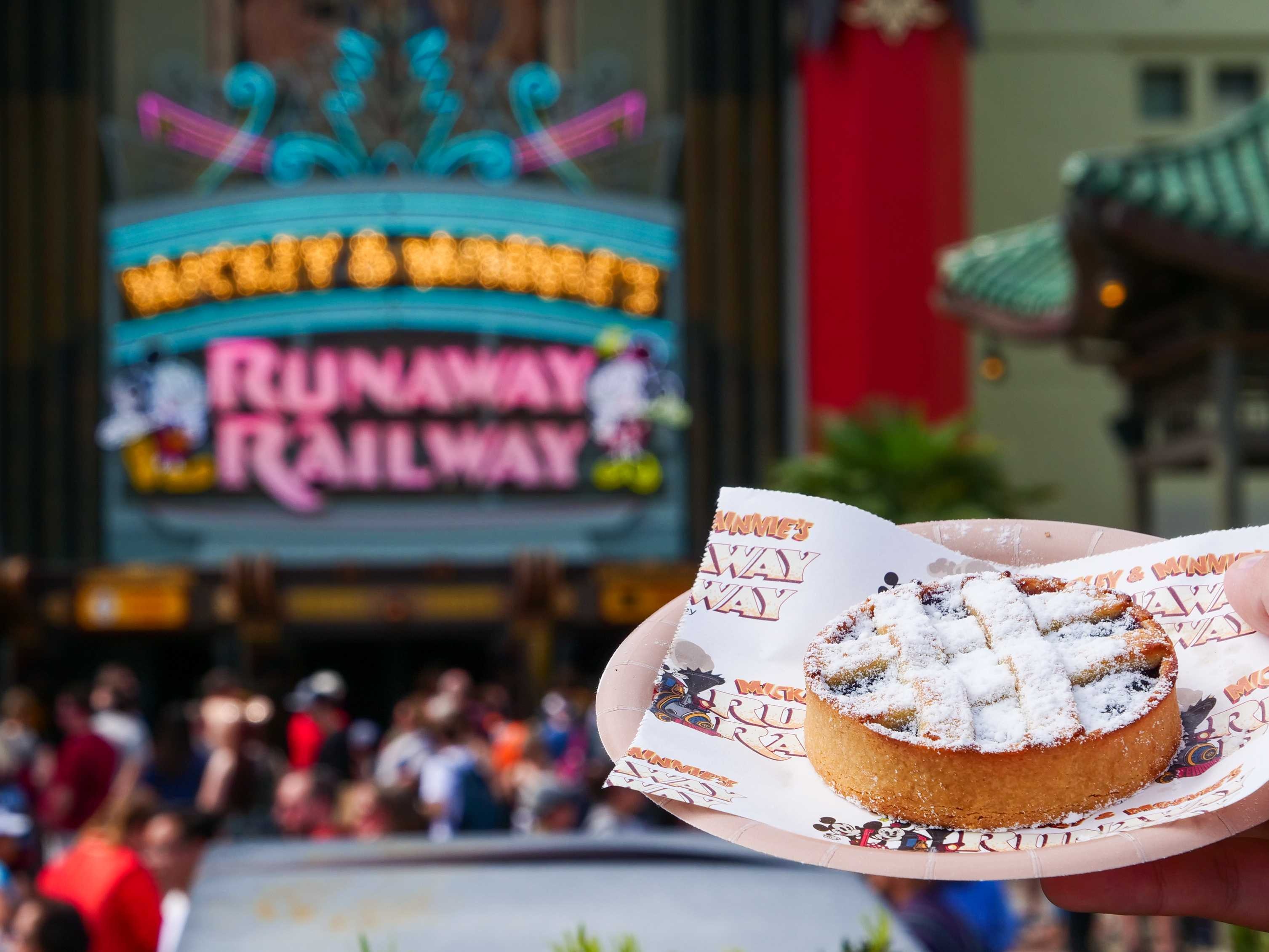 You might be wondering what a pie has to do with Mickey & Minnie’s Runaway Railway, but besides it being a perfect picnic food, it’s a pie that actually causes some of the chaos inside the ride, specifically during the pre-show… 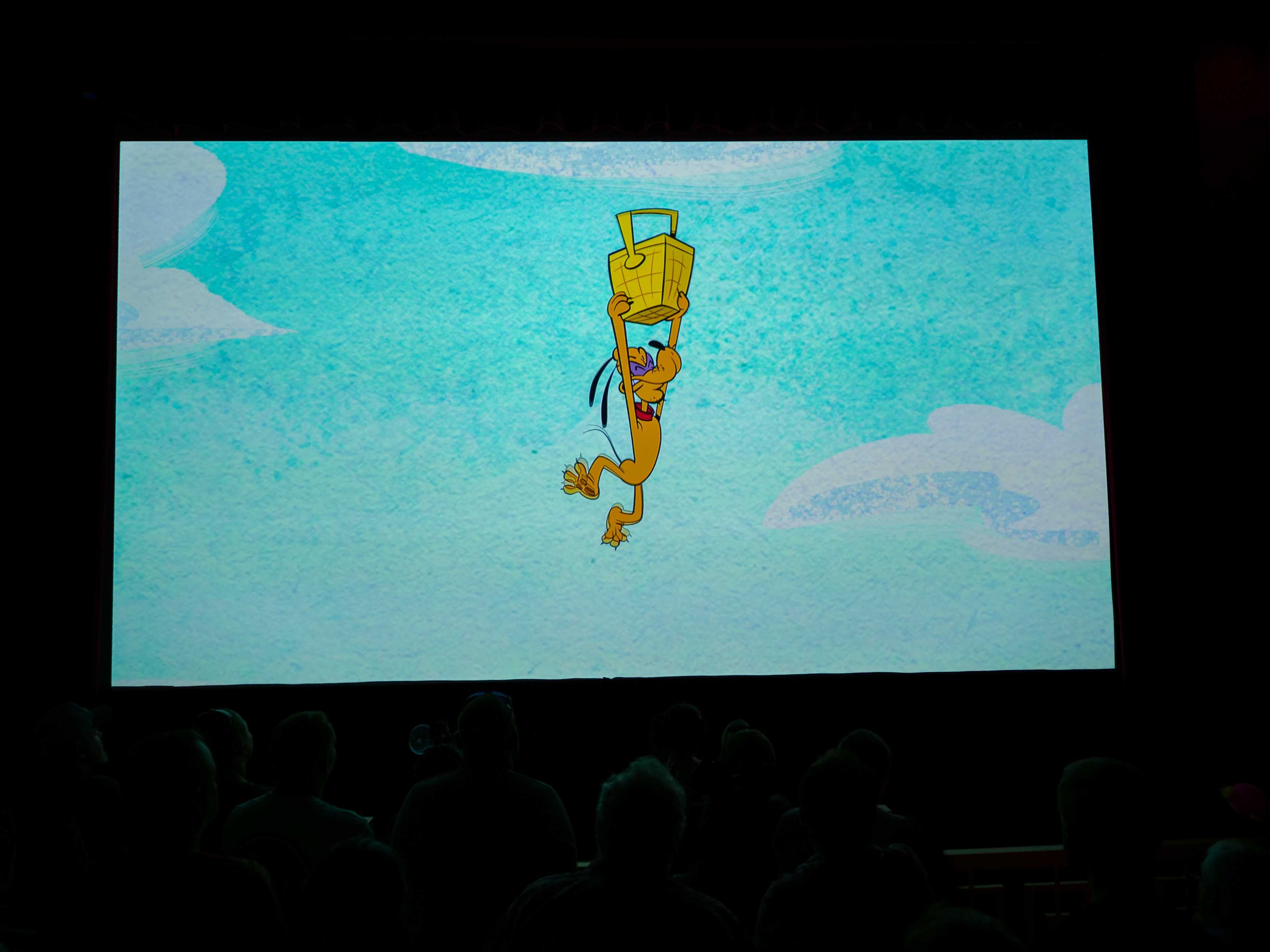 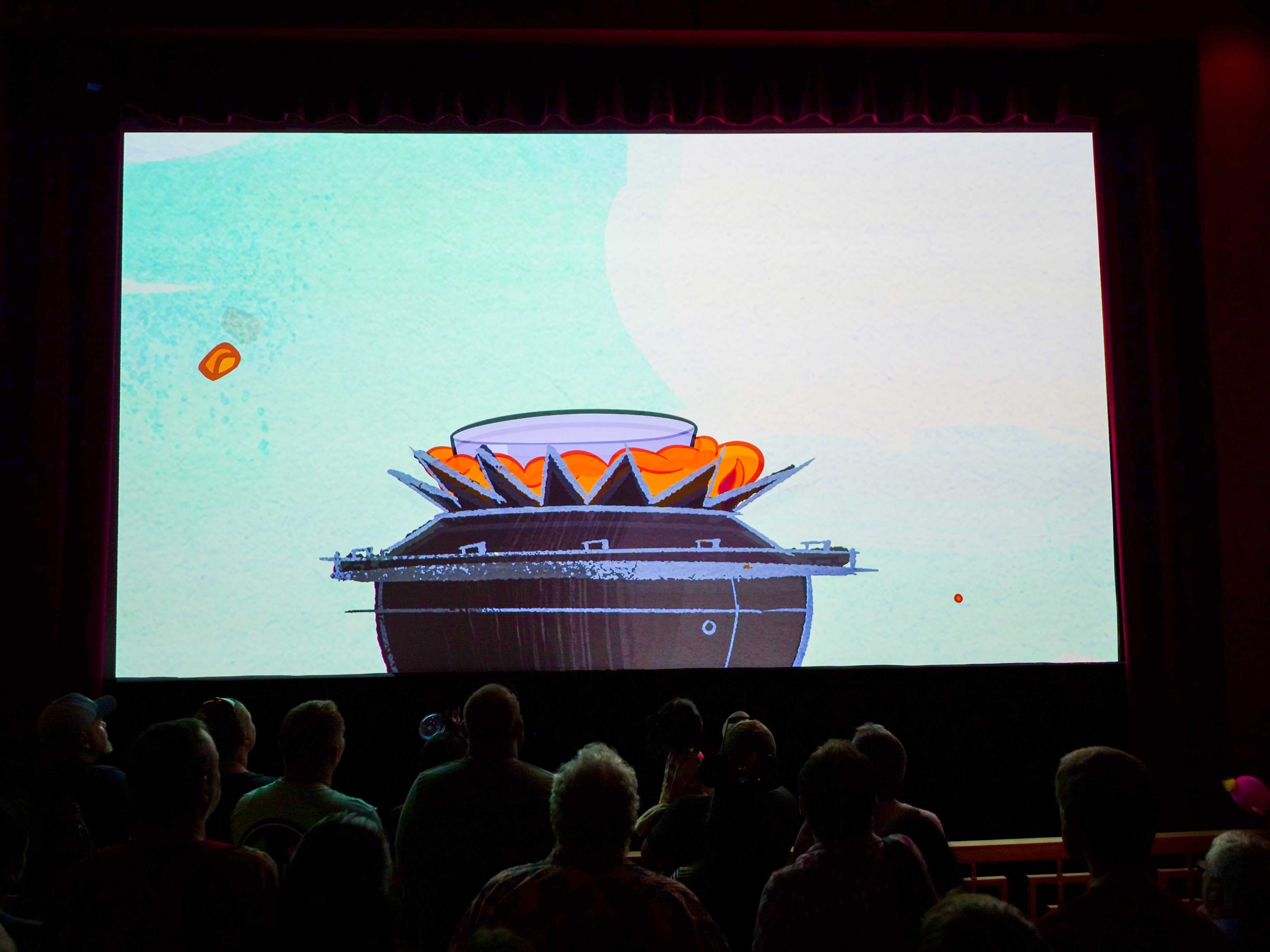 Once inside the pre-show, you get to watch the start of the “Perfect Picnic” short, where Minnie literally kicks Pluto into the trunk for some reason and Mickey doesn’t bat an eyelash. (Inside the trunk, Pluto is seen perfectly contorted thanks to cartoon physics, so it’s at least established that he’s okay.) Then Goofy shows up aboard the Runamuck Railroad and offers to meet Mickey and Minnie at the Runnamuck Park. Mickey and Minnie hit a railroad track bump that then sends Pluto and the picnic basket flying high up into the air. A blueberry pie then gets lodged inside the train’s smokestack, effectively causing a large explosion once Goofy pulls into the station. You can find the pie inside Trolley Car Cafe (Starbucks) in the bakery case for $5.49. It even comes served on adorable Mickey & Minnie’s Runaway Railway-printed themed parchment paper. 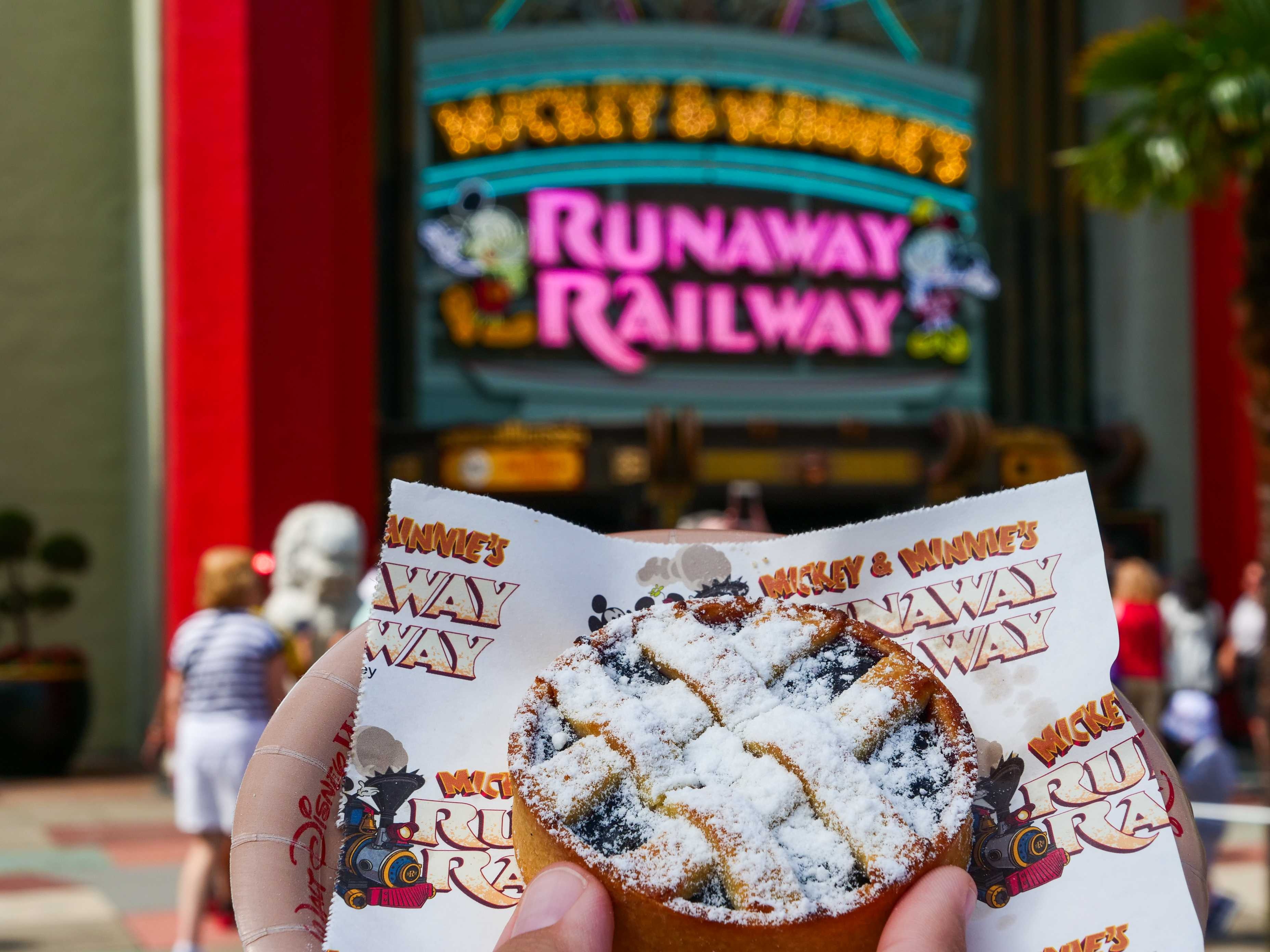 The mini pie comes baked to golden perfection, complete with a latticed top and powdered sugar dusted generously on top. Beneath the snowy layer of sugar is a layer of dense, dark blueberry filling. 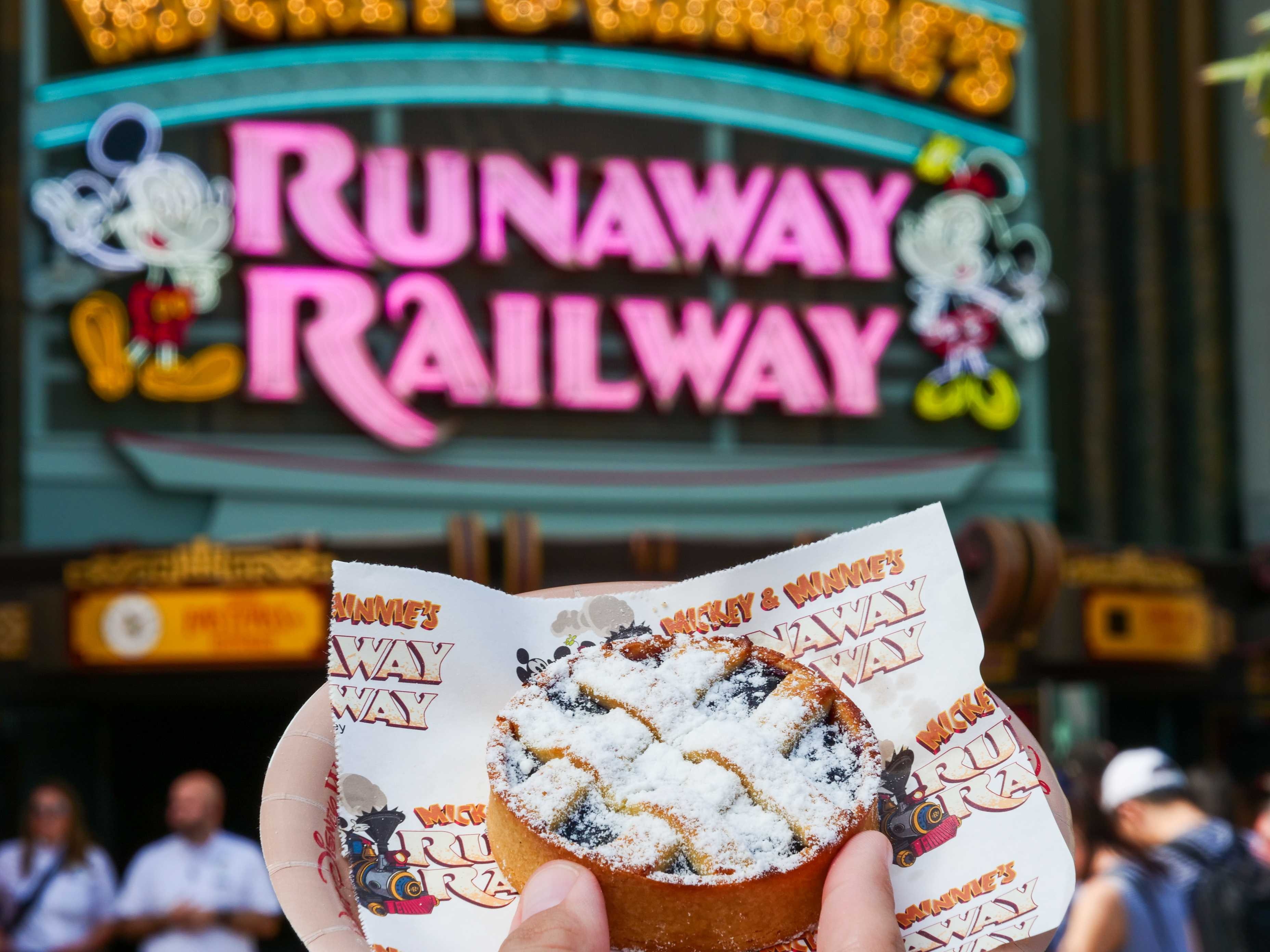 So, how does it taste? This is a deceptively good pie. 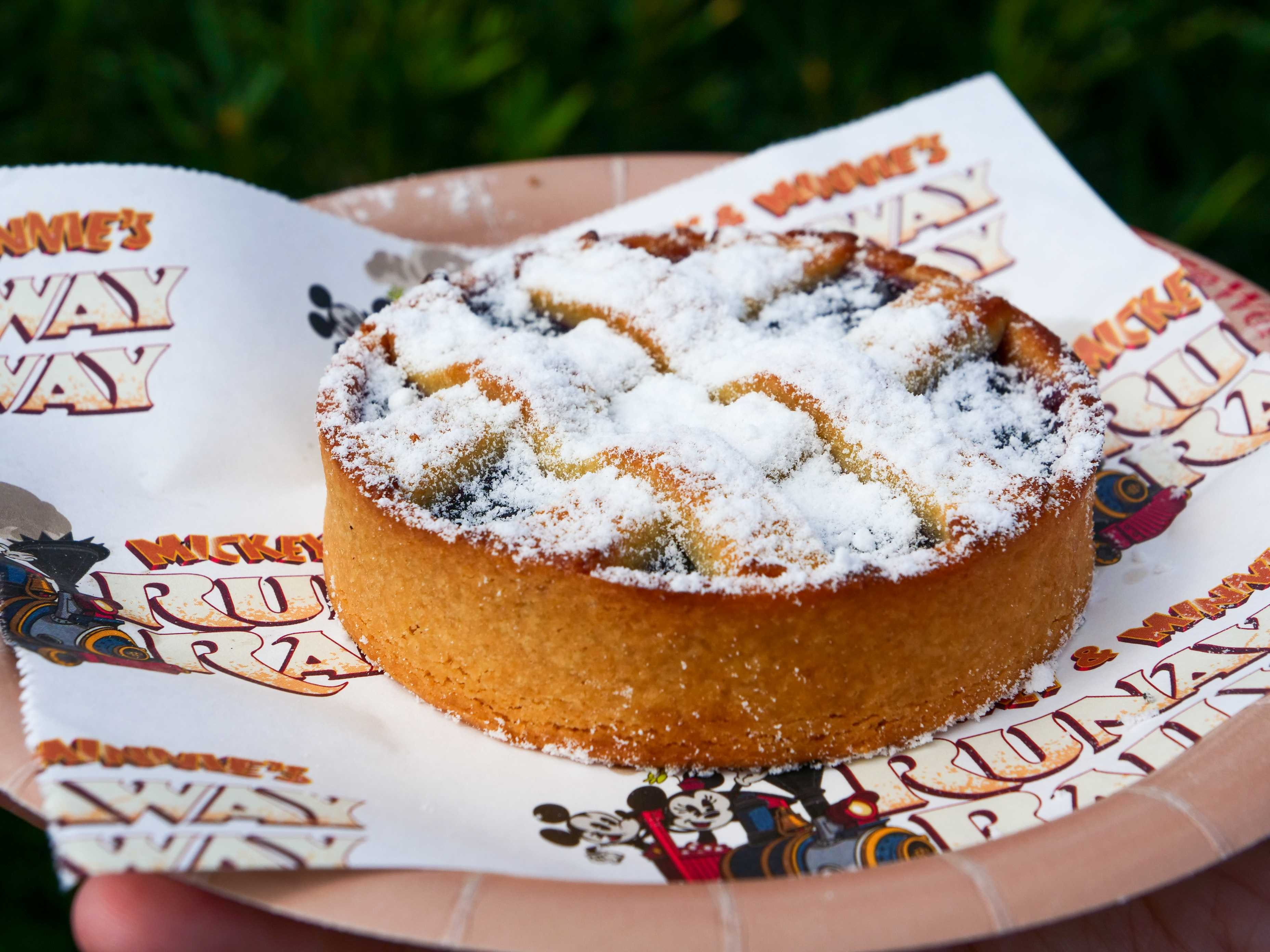 It’s served warm, and despite its firm appearance and the way it holds together when served, the crust is incredibly soft. More surprisingly, the filling of the pie is made with real blueberries, which not only gives the dessert a wonderfully authentic blueberry flavor, but the firmness of the berries contrasts the tenderness of the crust in an extremely pleasing way. 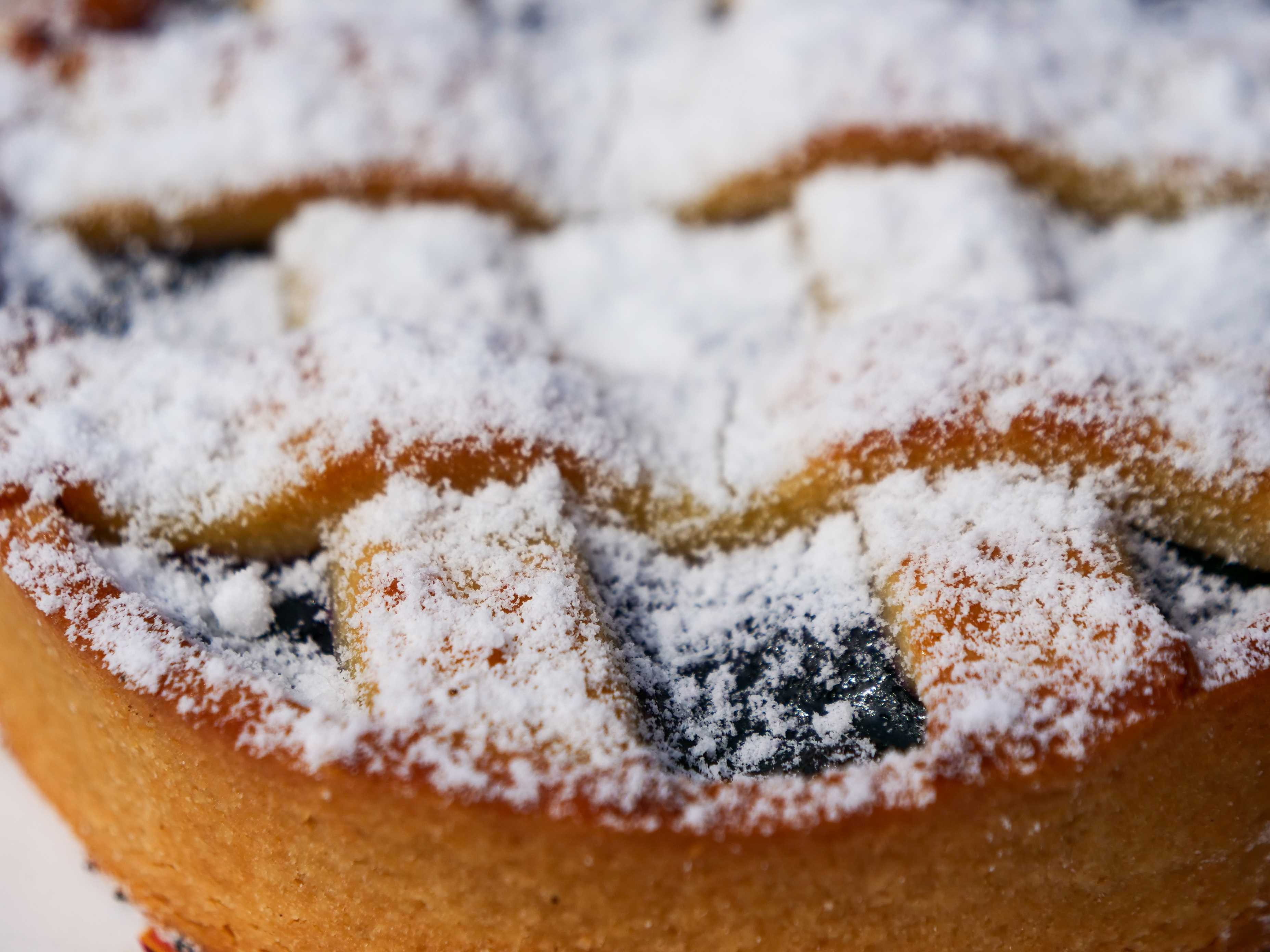 The coating of powdered sugar, and a minimal sprinkling of cinnamon sugar, serve to add an additional layer of sweetness without overpowering the berries and buttery crust. 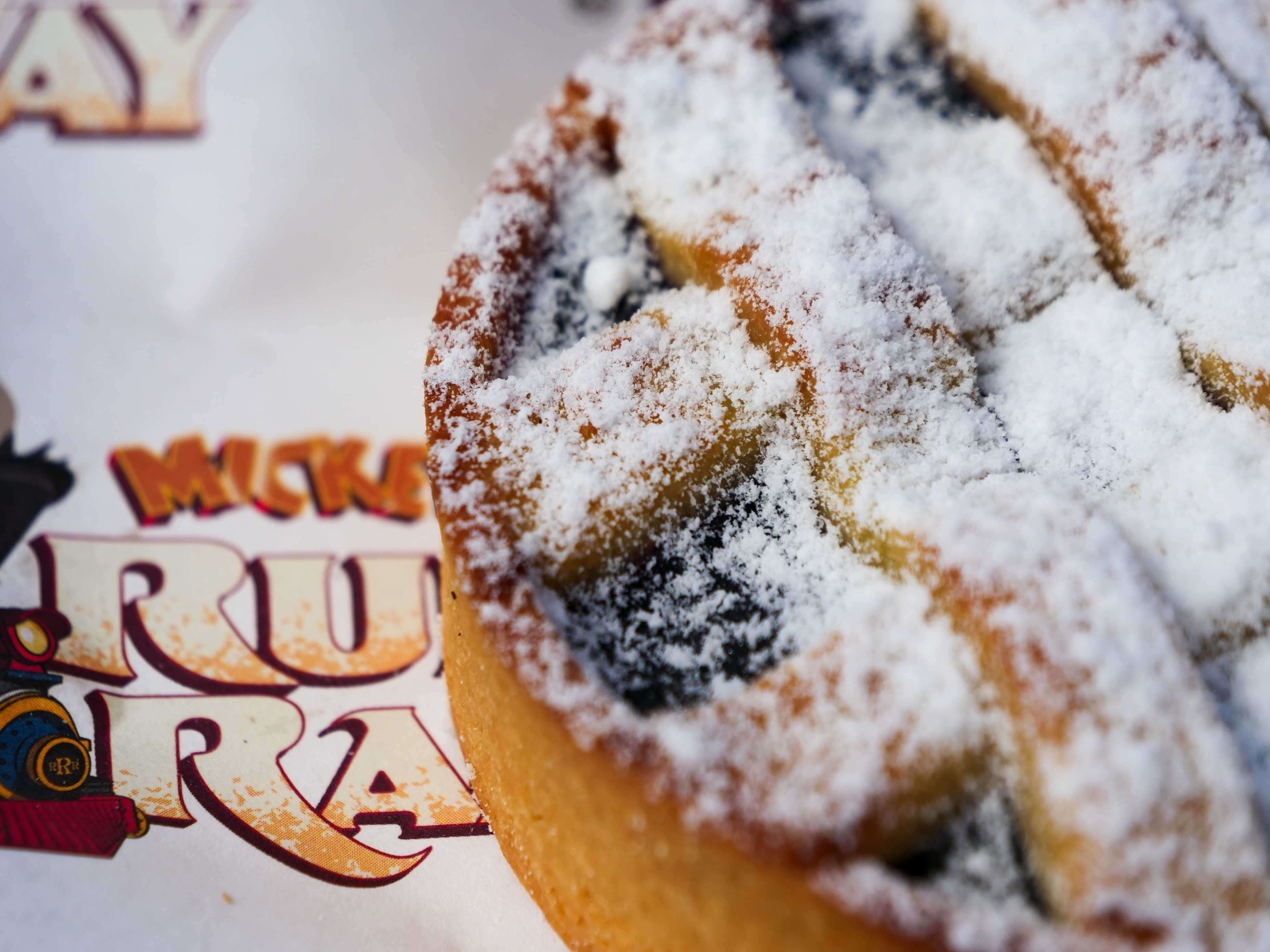 Overall, the pie is a standout dessert from any Walt Disney World quick service restaurant, with flavors that are as authentic and balanced as Mickey and Minnie. 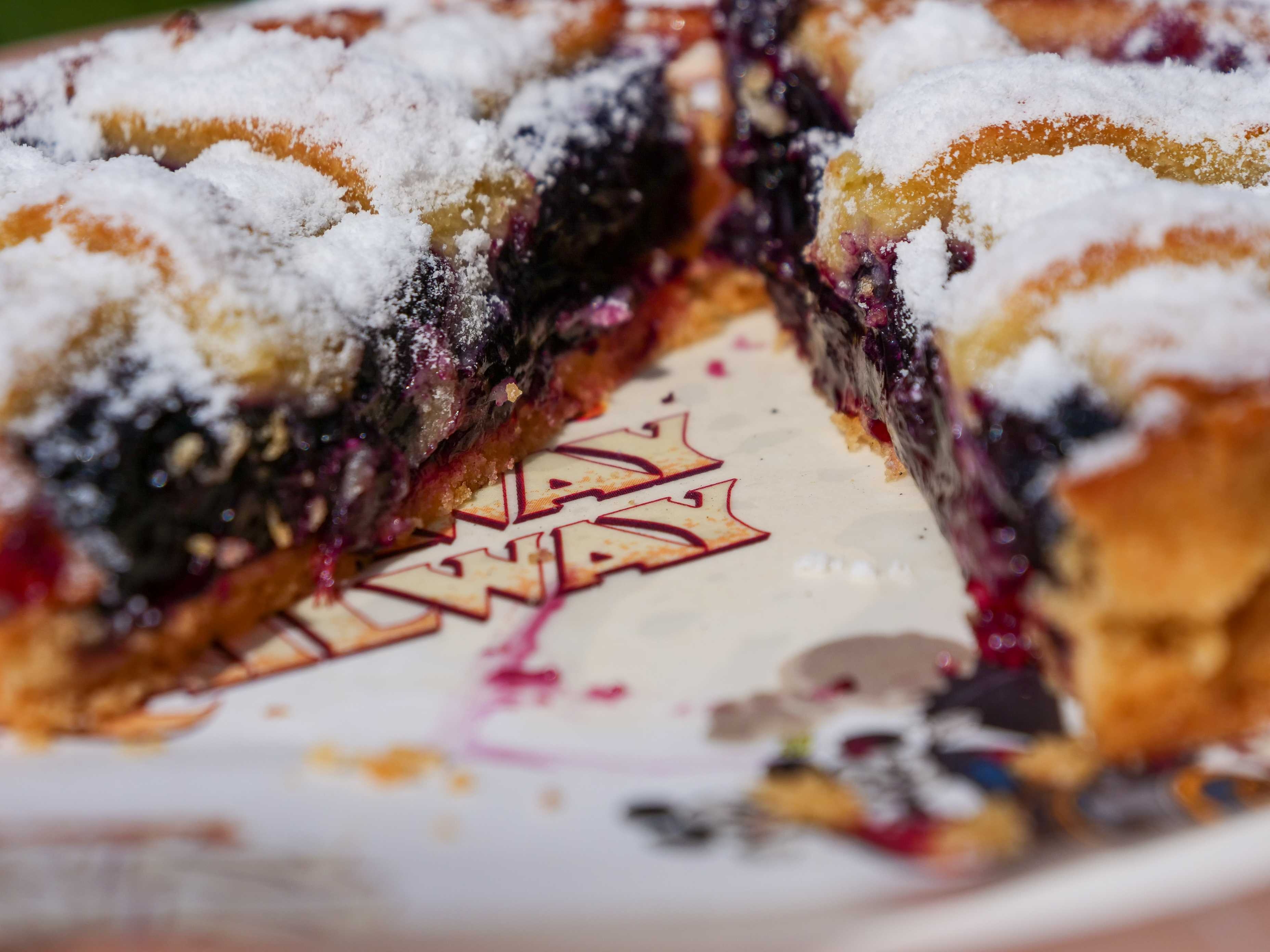 So, what are you waiting for? Head on over to Disney’s Hollywood Studios, grab yourself some pie, and take a wacky ride aboard the Runnamuck Railroad.

You can also check out a full POV ride-through of Mickey & Minnie’s Runaway Railway in the video below:

Previous
REVIEW: New Popsicle Trio is Cute and Cool at the Refreshment Port for the 2020 EPCOT International Flower & Garden Festival