I know what you’re thinking – a photo report? While the parks are closed? Well, the Tokyo Disney Resort, despite functionally closed, is still fairly open to exploration. Mostly thanks to the Disney Resort Line monorail system’s legal obligation to run. So, we took a visit to show you what we can of the area, and hopefully make you nostalgic for times when the parks were bustling! This is usually a nominally busy time of year, so just use your imagination. Let’s go! 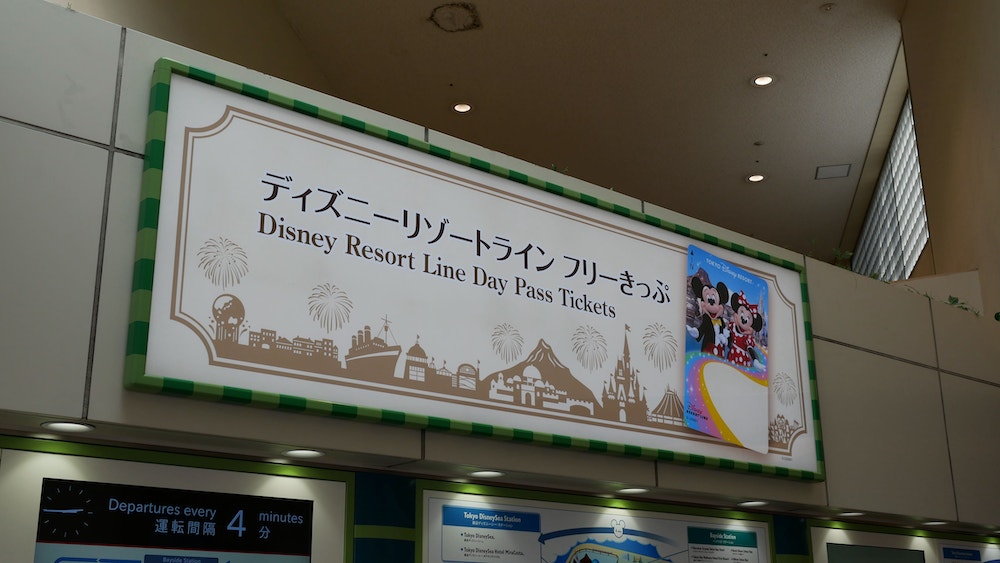 Since the originally-advertised periods for the Very Very Minnie, Pixar Playtime, and Duffy’s Heartwarming Days day passes has passed, the sign above reverted to the standard, generic day pass advertisement. 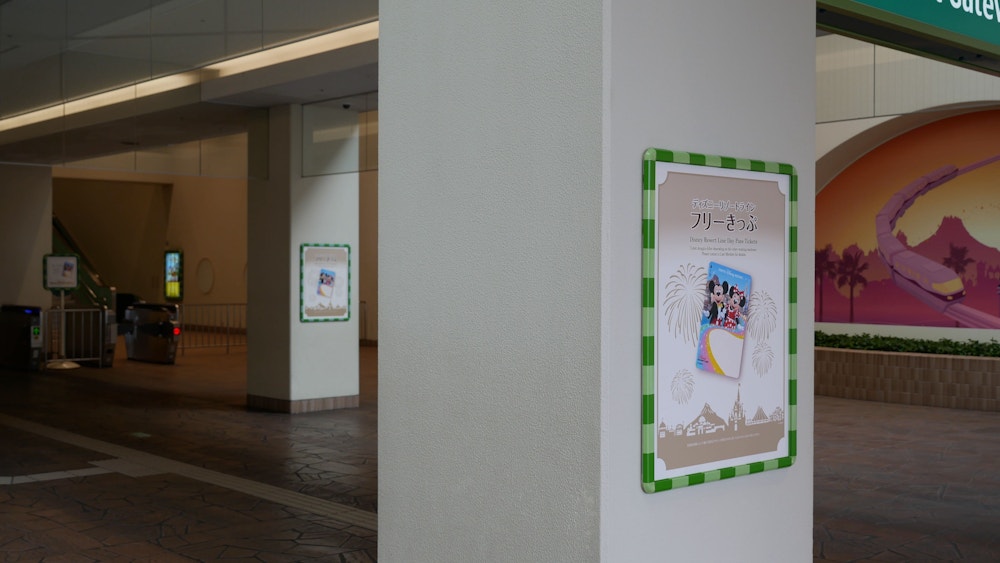 As a matter of fact, all of the signs around the station have. 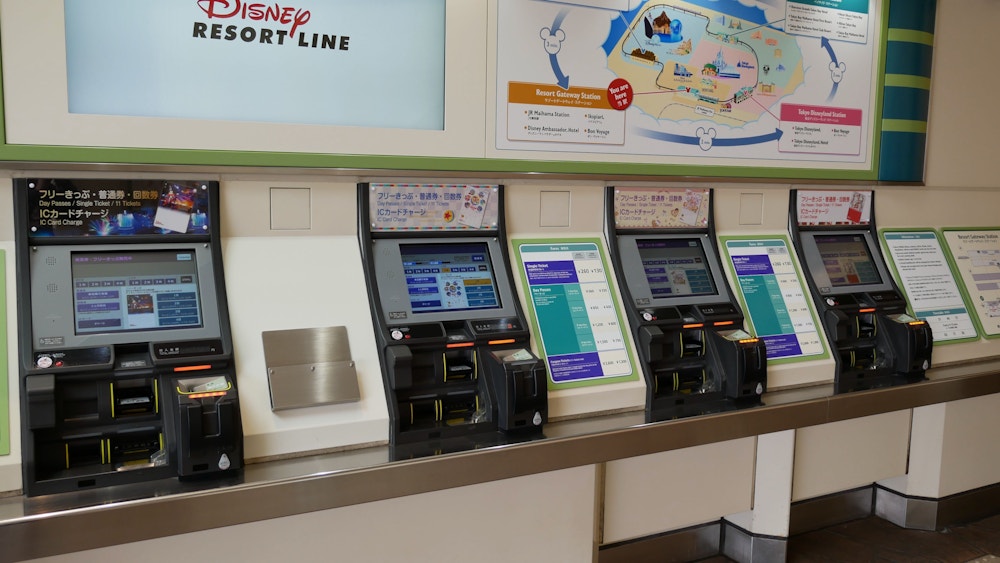 But they’re still on sale! In addition to the generic pass, you can also pick up passes themed to Very Very Minnie, Duffy’s Heartwarming Days, Pixar Playtime, and Fantasmic! Forever. These passes will be available “while supplies last”. 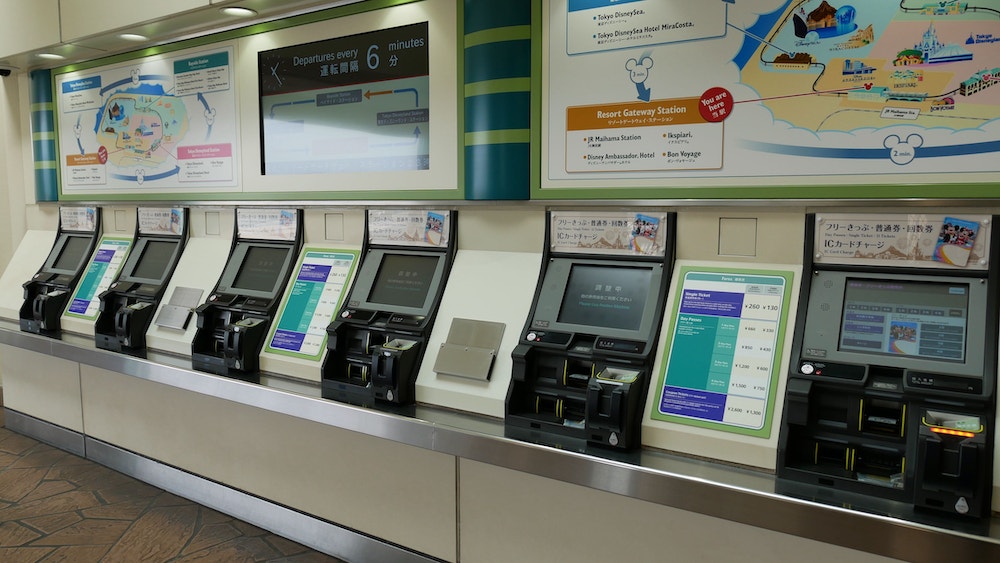 The rest of the machines now are generic passes. The Soaring: Fantastic Flight pass is also discontinued. 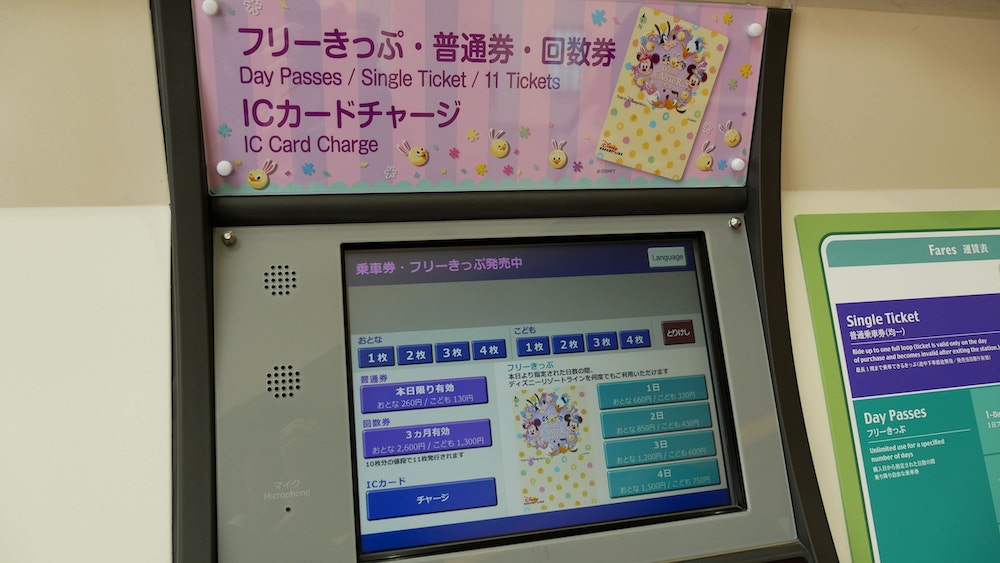 But in its place is a pass themed to Disney Easter 2020 at Tokyo DisneySea. An event which we’re still unsure whether we’ll ever get to experience, in all honesty. At least the pass gives us some hope. 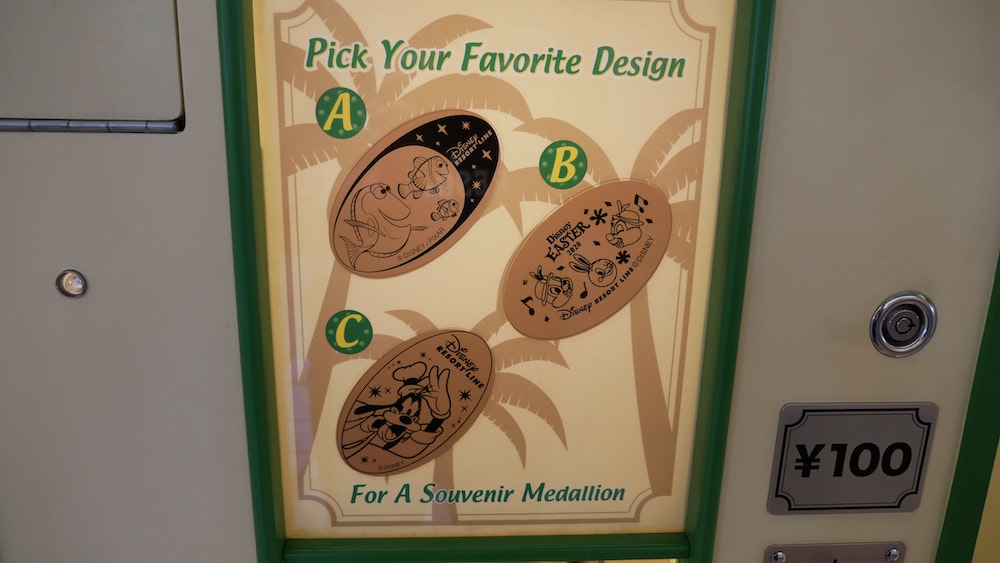 The former commemorative coin at Resort Gateway Station has been replaced with a special coin featuring Chip, Dale, and a winking Usapiyo from Disney Easter 2020 at Tokyo DisneySea. 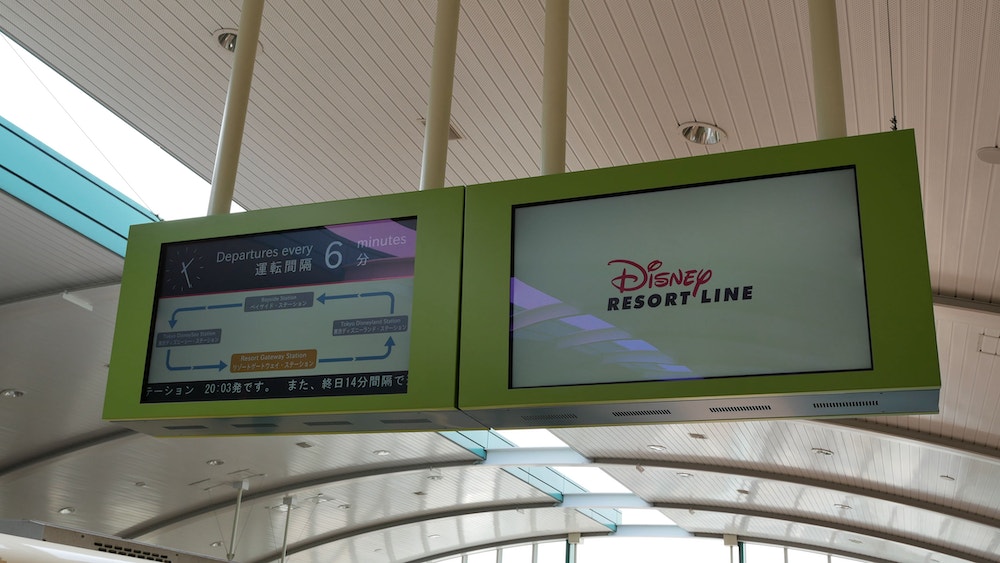 Remember when we reported those new LCD displays at Tokyo Disneyland Station last week? Now they’re at every station except Tokyo DisneySea! 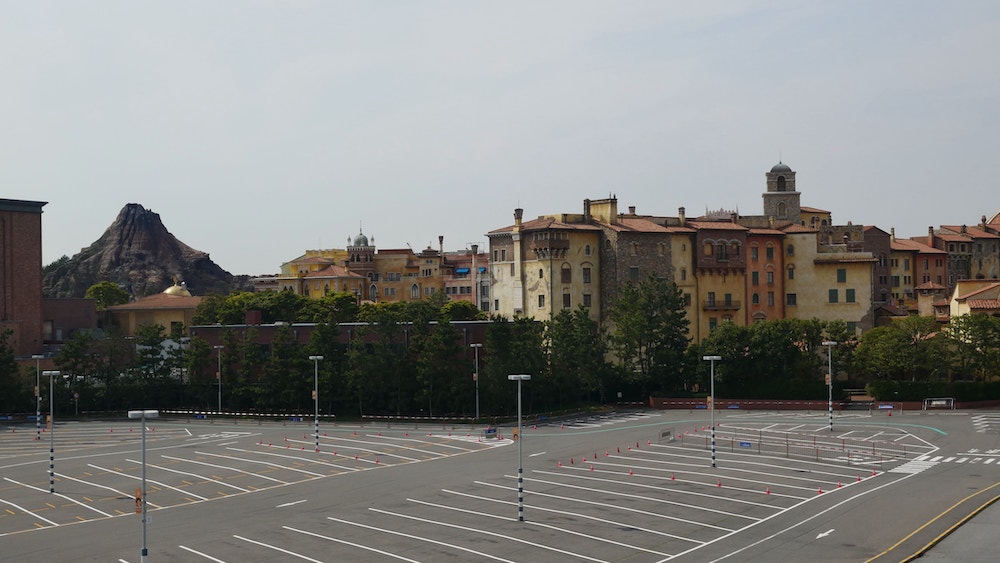 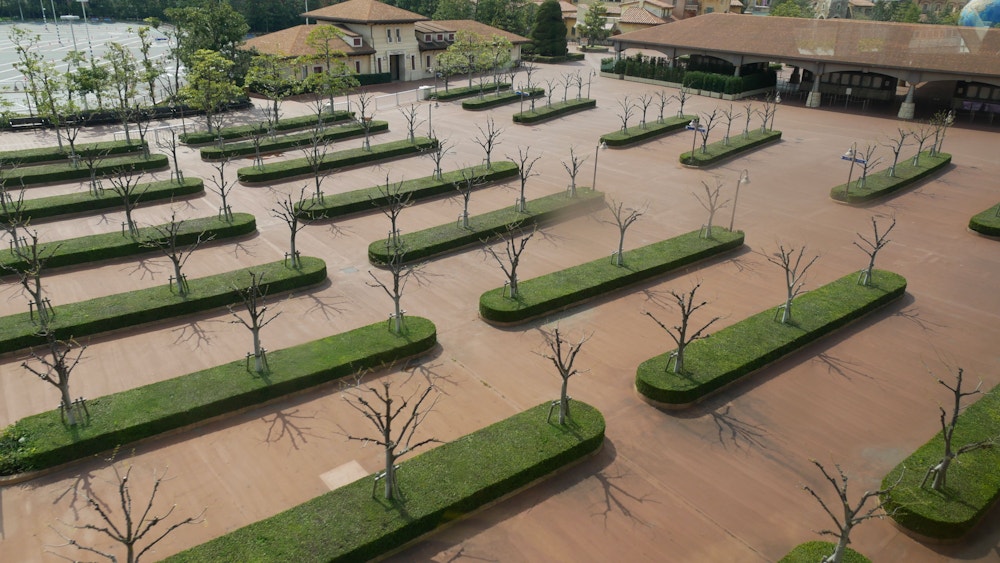 It’s still strange to approach Tokyo DisneySea and see absolutely zero people or buses outside. Even before the park opens, the area is filled with people waiting their turn to get in first. I sincerely hope it doesn’t last for much longer. 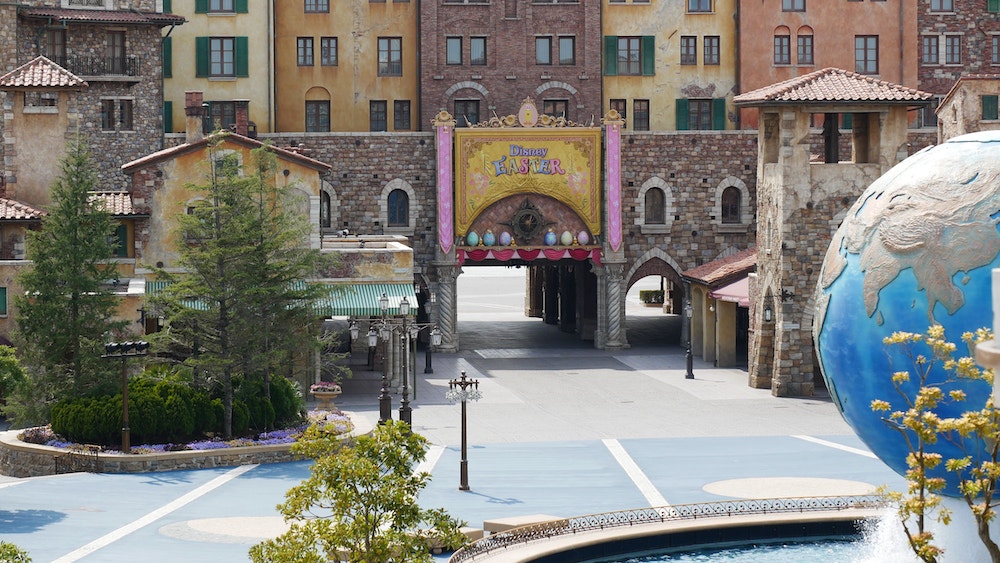 As we reported last week, the sign outside is up for Disney Easter 2020. Whether Guests will actually walk beneath it is another thing entirely. But we’ll see! The event is scheduled to run through June 12th, and I’d like to hope that we could open by then. 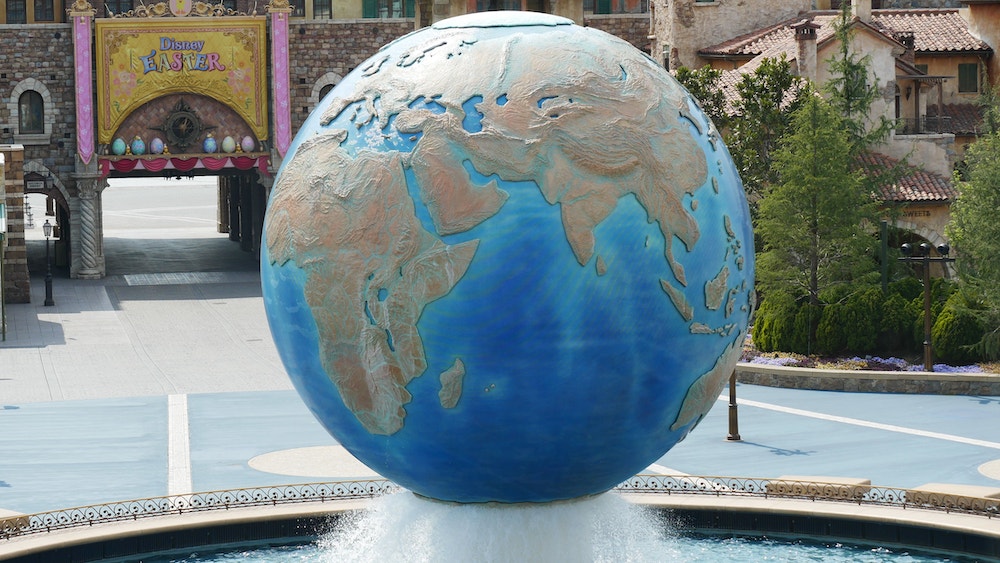 The AquaSphere is once again spinning! They briefly stopped it last week, which was yet another disturbing sign of the times. 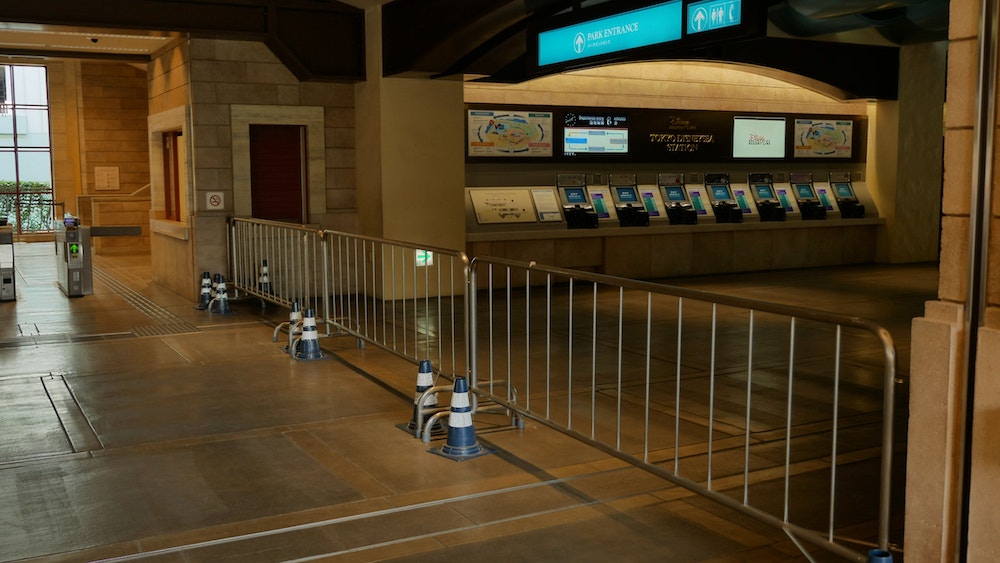 Down at the exit area, the south exit remains blocked entirely. Restrooms are no longer available at Tokyo DisneySea Station ever since Hotel MiraCosta closed on April 1st. 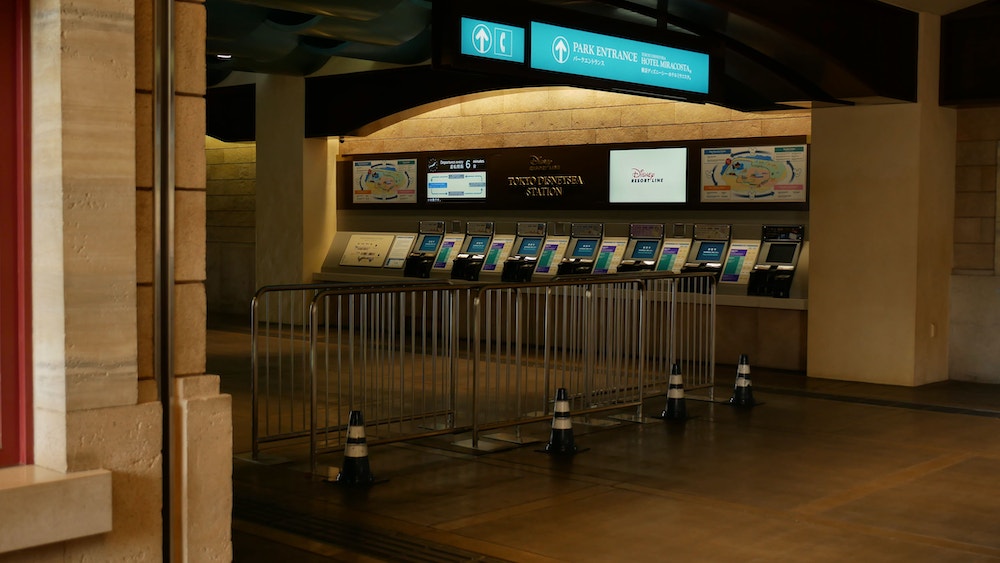 The right side is only partially blocked off, however. I wonder why that is? 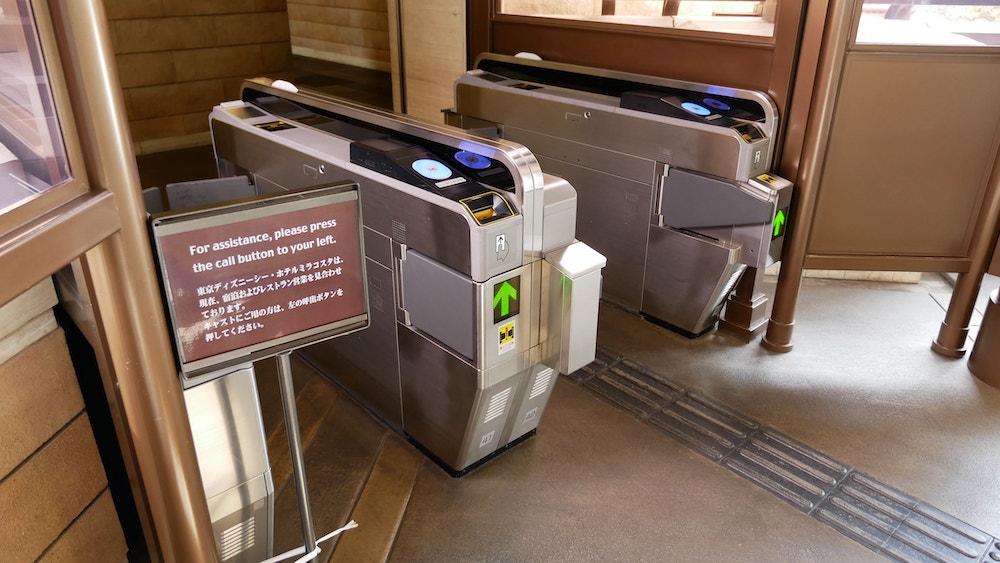 It turns out the exit toward Tokyo DisneySea Hotel MiraCosta is still in operation. Perhaps that’s why the barrier is only partial, since you need to pass through that way if you exit this way. 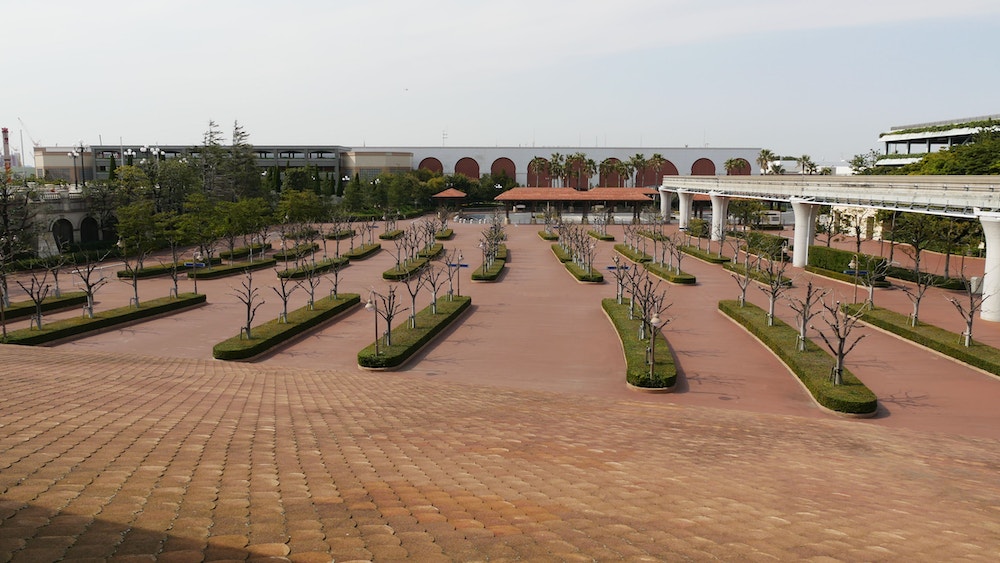 Once you exit through the MiraCosta gate, it’s an even spookier sight. The north plaza, usually bustling with hotel Guests, bus visitors, and walkers is deserted. 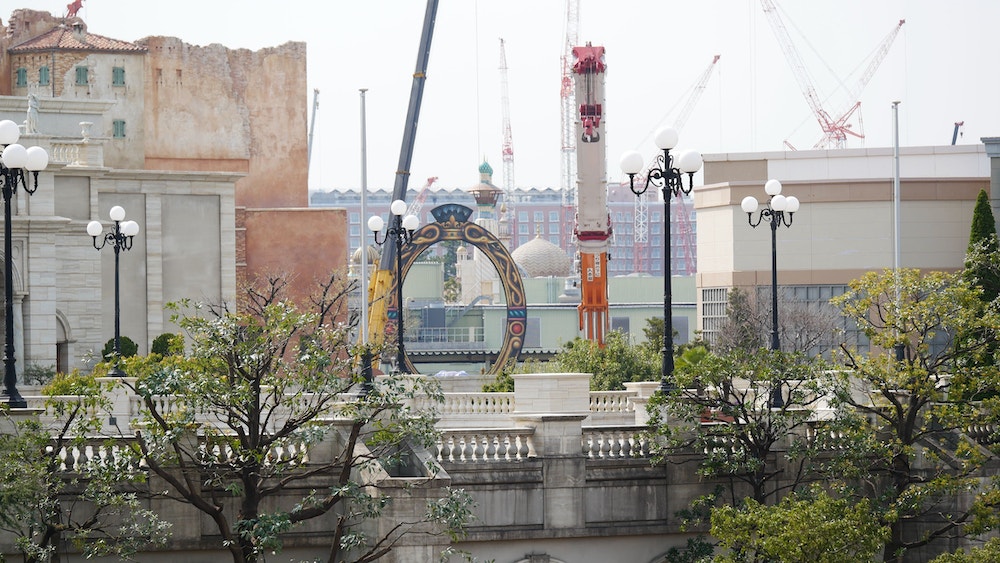 One interesting sight from the front area is the Fantasmic! mirror was raised. I would presume this somehow made it easier to remove from the water and put in to dry dock. I’m surprised at how much detail is on that thing, since you never really saw all of that during the show! 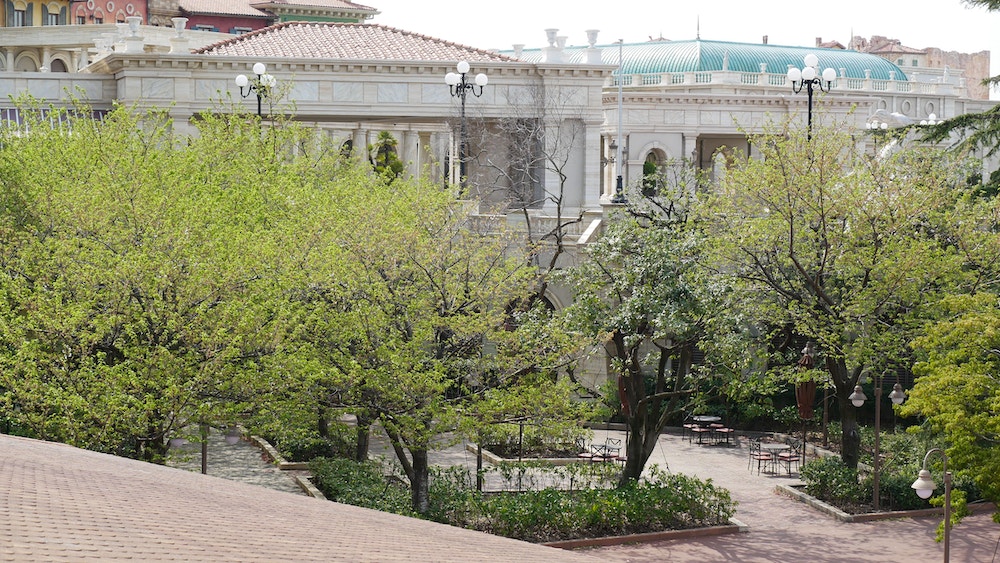 The sakura blossoms we saw last week are now but a memory. The trees just have regular old green leaves now, unfortunately. 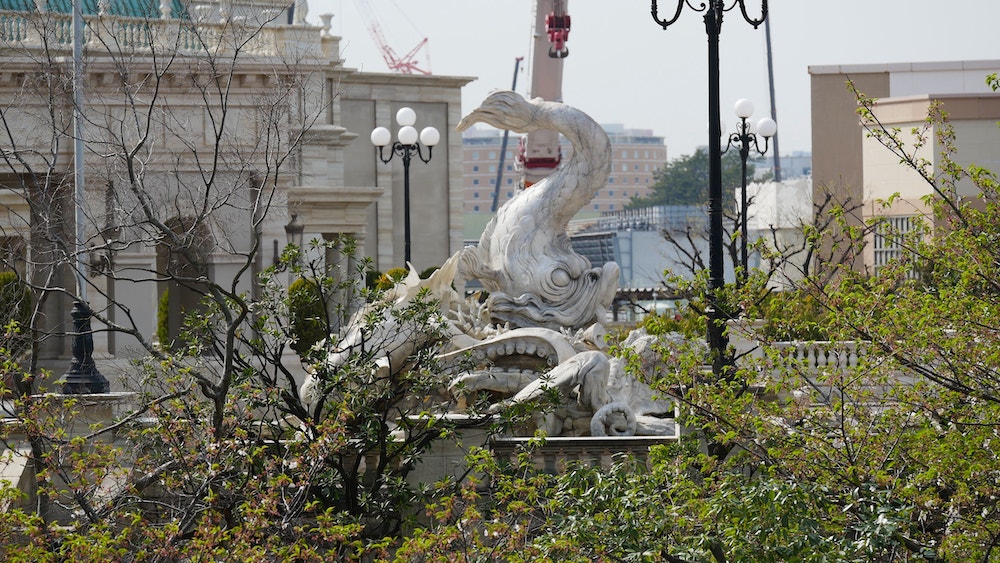 Since the hotel is closed, the sea creature fountain at MiraCosta’s entrance is off and dry now. 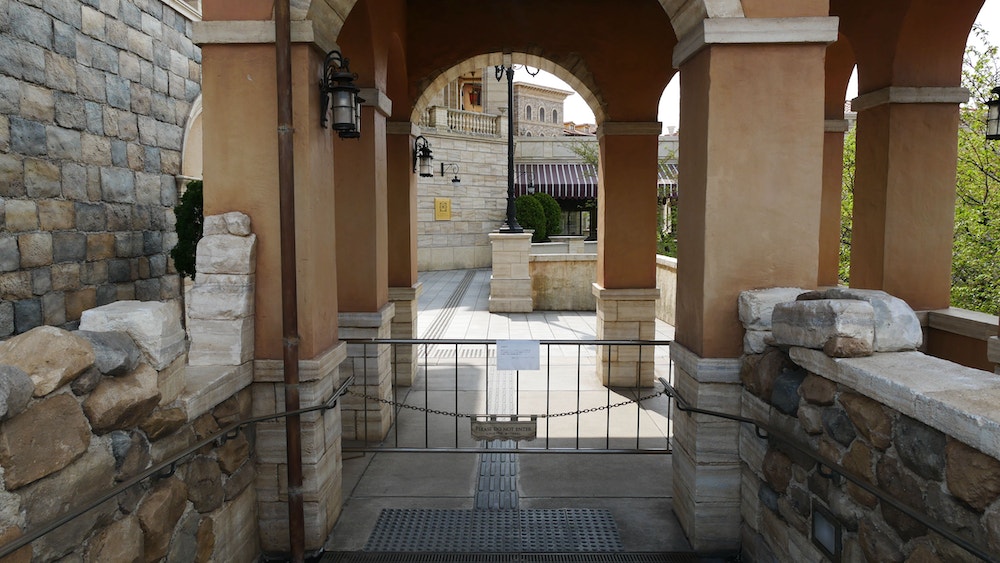 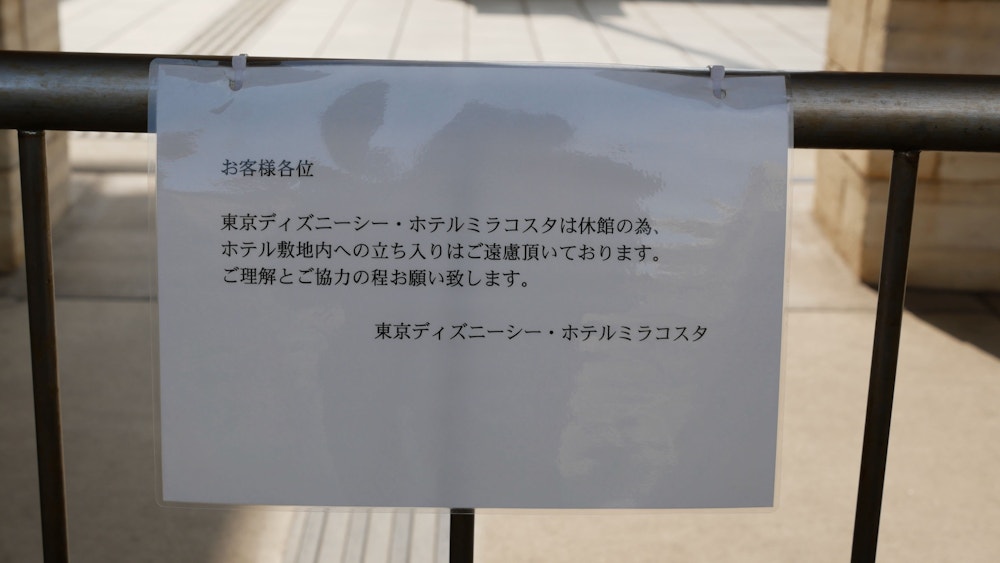 And speaking of hotel closures, there’s a barricade along with a sign (in Japanese only) informing Guests that Tokyo DisneySea Hotel MiraCosta is temporarily closed. 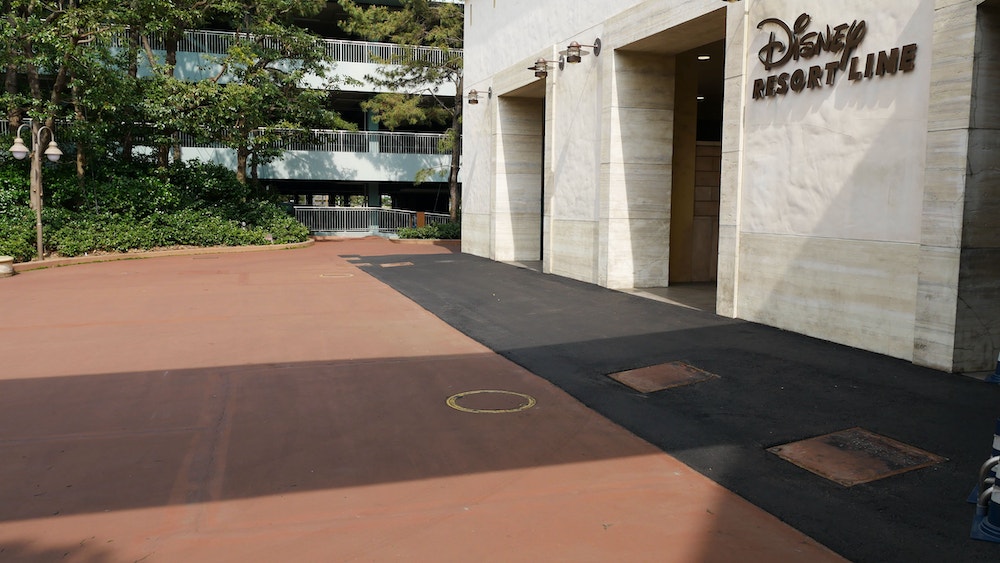 Some pavement work is ongoing outside of the station. 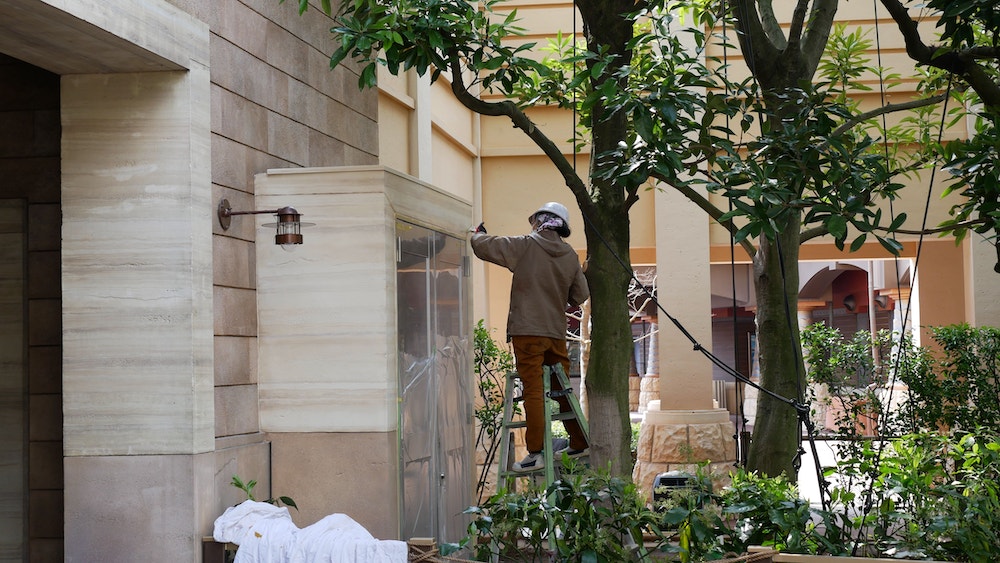 Of course, the maintenance rages on, even in times of disaster. 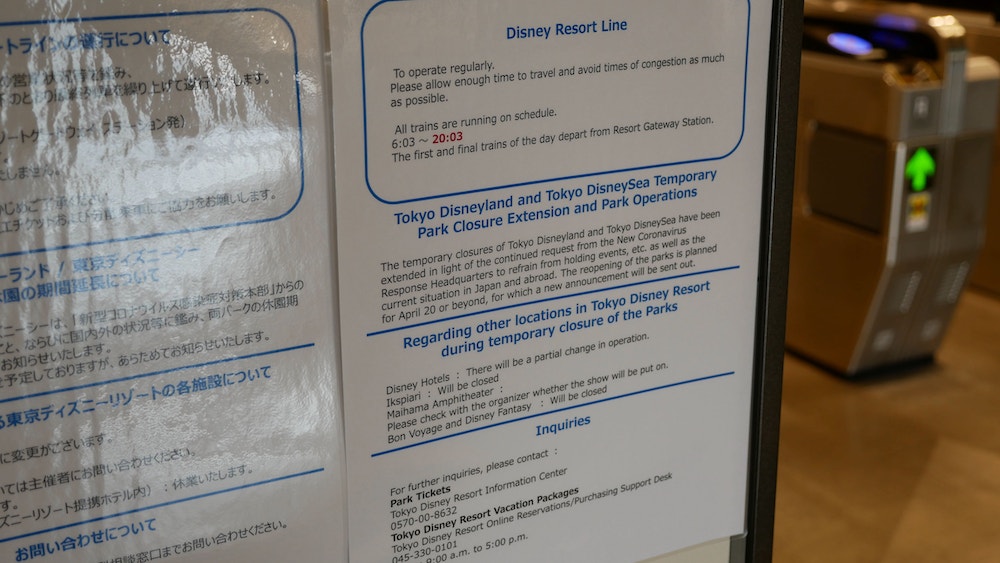 The sign outside of the Disney Resort Line indicates up-to-date information for whoever may be visiting. Although I’d love to know why they said “partial change in operation” for the Disney Hotels since they’re out of commission entirely. 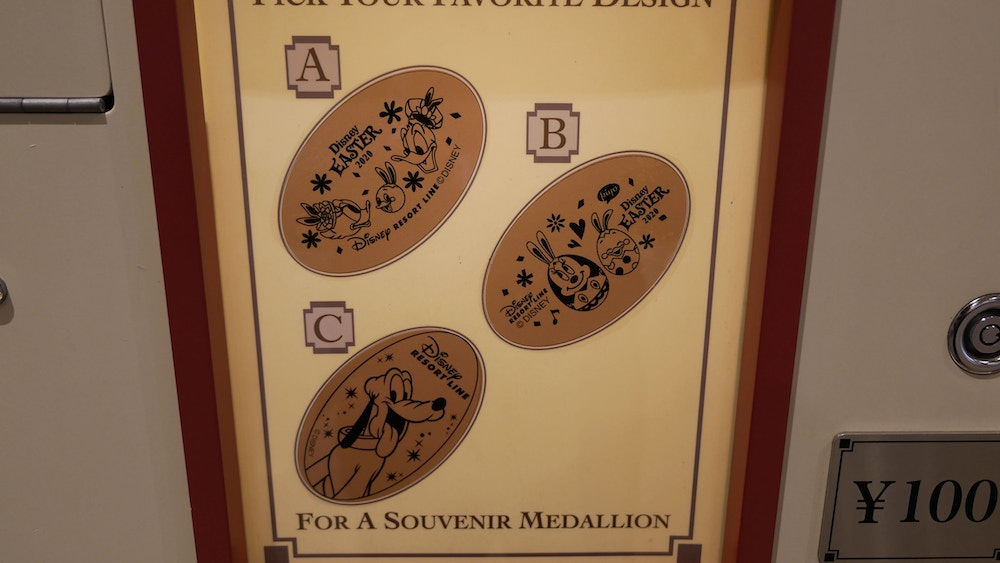 But there’s still two new Usapiyo-themed pressed coins featuring Donald and Daisy, as well as egg-Minnie to celebrate Disney Easter! I wonder if these will be collector’s items in the future?

And that’s the latest from Tokyo DisneySea and the Resort Gateway monorail station! Tokyo Disneyland, DisneySea, and the Hotels are still closed through April 20th, and Ikspiari through April 13th. But with the imminent state of emergency declaration in Japan, don’t be surprised to see this extended in to May 2020.

Previous
TODAY on WDWNT LIVE: Learn to Make “Canadian-Approved” Cheddar Cheese Soup From EPCOT on Cooking with Tyler at 11:00 AM, Plus ParksCenter at 9:00 PM!