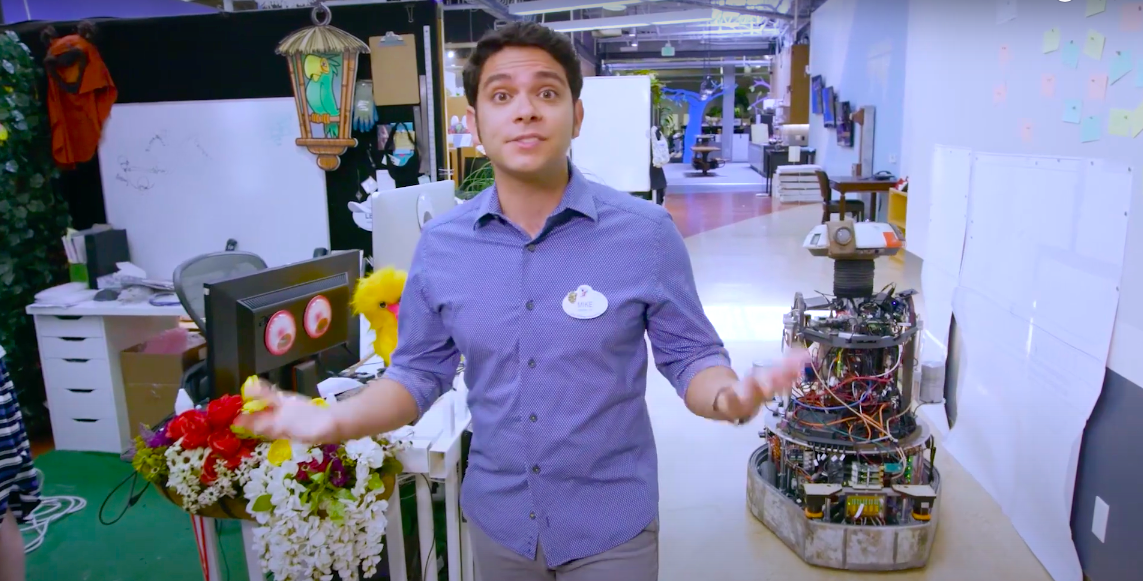 Walt Disney Imagineering is known for making the impossible possible. That’s why despite their offices (and the Disney Parks) being closed, they are opening up their headquarters for a full virtual tour!

Standing by in the lobby of Walt Disney Imagineering Research & Development is Mike Honeck, who will show you some of the scientific know-how (and fun!) going on in their lab. (And yes, there is a surprise J4-K3 appearance!)