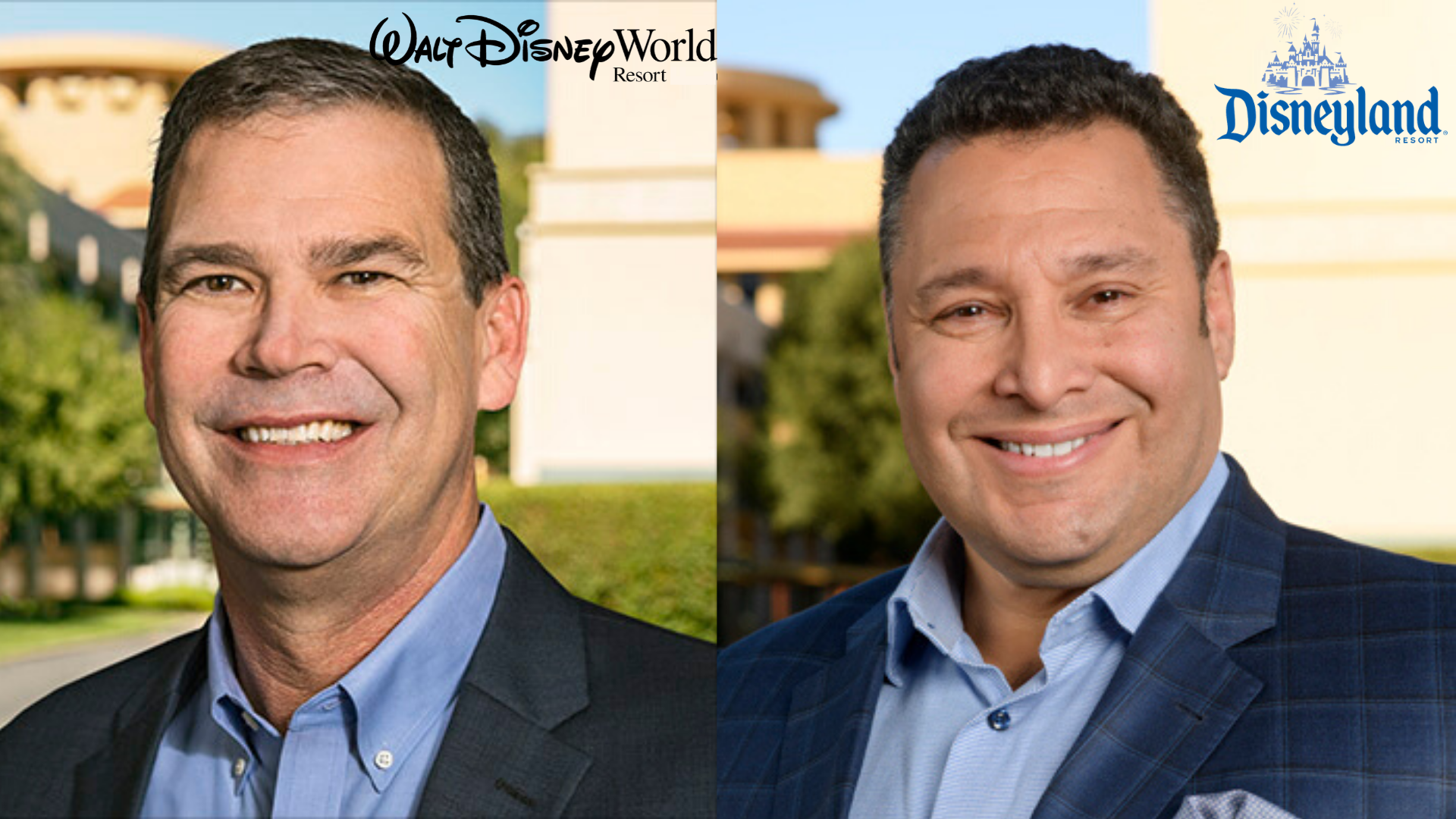 In conjunction with Mr. D’Amaro being named Chairman, the following key appointments have been made to the Disney Parks, Experiences and Products executive leadership team:

Continuing in roles as part of the executive leadership team for Disney Parks, Experiences and Products are:

“With Walt Disney World approaching its 50th anniversary, there could not be a more gratifying time to be selected for this role and to work with the incredible team responsible for creating magical memories for millions of guests each year,” said Mr. Vahle. “I plan to continue to build on the momentum from Josh’s tenure, bringing even more innovative entertainment and experiences to our guests.”

Mr. Vahle began his Disney career in 1990 and is a respected senior executive who is committed to driving creativity and innovation, exceeding guest expectations and delivering long-term business growth. During his career with the Company, he has held a series of high-profile leadership roles in operations, engineering, technology and global support services.

At Disney Cruise Line, Mr. Vahle also oversaw the much-anticipated expansion of Disney’s cruise fleet, with the planned delivery of three new ships, all of them showcasing the immersive family entertainment, enchanting storytelling and unparalleled service for which Disney is well known.

In addition to his duties with these high-growth vacation businesses, Mr. Vahle is actively involved in the Central Florida community, currently serving as chairman of the board of directors for Give Kids the World and as a member of the Rollins College Board of Trustees.

Mr. Vahle earned a bachelor’s degree in mechanical engineering from Auburn University and a master’s degree in business administration from Rollins College.

“I’m grateful for the opportunity to join the remarkable team at Walt Disney’s original park,” said Mr. Potrock. “This Resort holds a special place in the hearts of our Guests around the world – a responsibility that we all take very seriously, and we will continue to build on that foundation by delivering unforgettable experiences, while creating memories that last a lifetime.”

Mr. Potrock joins the Disneyland Resort after more than two decades of leadership experience at Disney Parks. Throughout his career, he has consistently challenged the status quo – enabling a holistic entrepreneurial culture that ensures the unparalleled “Disney Difference” is delivered each day to Guests, consumers and fans.

In 2015, Mr. Potrock led the dramatic expansion and reimagining of Disney Springs, Walt Disney World’s iconic retail, dining and entertainment district. He was Senior Vice President of Disney Sports Enterprises, where he led the transformative rebranding of the ESPN Wide World of Sports Complex in Florida. Mr. Potrock began his Disney career in 1996 as Vice President, Marketing for Disney Cruise Line, where he helped define and launch the Company’s bold entry into the cruise industry.

Mr. Potrock earned his undergraduate degree in marketing from Washington University in St. Louis and his MBA from the Kellogg School of Management at Northwestern University.

“Uniting the businesses responsible for bringing the magic of Disney into the daily lives of families and fans around the world will allow us to seamlessly extend the stories and characters consumers love across different platforms,” said Mr. Daniel. “I look forward to working with this team to bring Disney franchises to audiences around the world in new and innovative ways.”

Mr. Daniel also oversaw distribution strategy at Walt Disney Studios, helping to maximize the value of studio content by evaluating traditional business models and emerging digital innovations. Prior to that he was a Director of Corporate Strategy, where he worked on a variety of strategic projects and mergers and acquisitions across The Walt Disney Company.

Mr. Daniel first joined Disney as an MBA intern and later became a senior business planner in Corporate Financial Planning and Analysis. After that, he worked in equity research as well as investment banking at Goldman Sachs, where he specialized in technology, media and entertainment, and telecommunications before returning to Disney.

Mr. Daniel holds a Bachelor of Science degree in Electrical Engineering and an MBA, both from Stanford University.

“I am thrilled to continue my Disney career by joining the businesses renowned for providing personalized and uniquely Disney experiences and delivering world-class guest service,” said Mr. Mazloum. “I cannot wait to bring even more magic to guests on the seas and at our remarkable destinations around the world.”

Mr. Mazloum began his Disney career in 1998 as a hotel director for Disney Cruise Line. He was instrumental in launching the Disney Wonder, the second ship in the Disney Cruise Line fleet, while directing a cast and crew of nearly 700 individuals, representing 52 countries around the world. He then went on to serve as the general manager of Food & Beverage & Special Events at Epcot, where he supervised the park’s diverse restaurant operations and pursued collaborative business opportunities.

Before returning to Disney in 2017, Mr. Mazloum served as the Chief Operating Officer of Crystal Cruise Line.