Going Down in Flames: The Story of “Atlantis” Fire Mountain at the Magic Kingdom

It’s been a big year for unbuilt attractions, and we aren’t just talking about the ones sitting idle during the unprecedented parks closure. During this year’s WDWNT March Madness, we covered a full array of never-before-built attractions, and one of the major standouts was none other than Fire Mountain. The Fire Mountain roller coaster concept was first conceived in the mid-’90s before it was decided that it’d be themed to the up-and-coming Atlantis: The Lost Empire film in 1999. 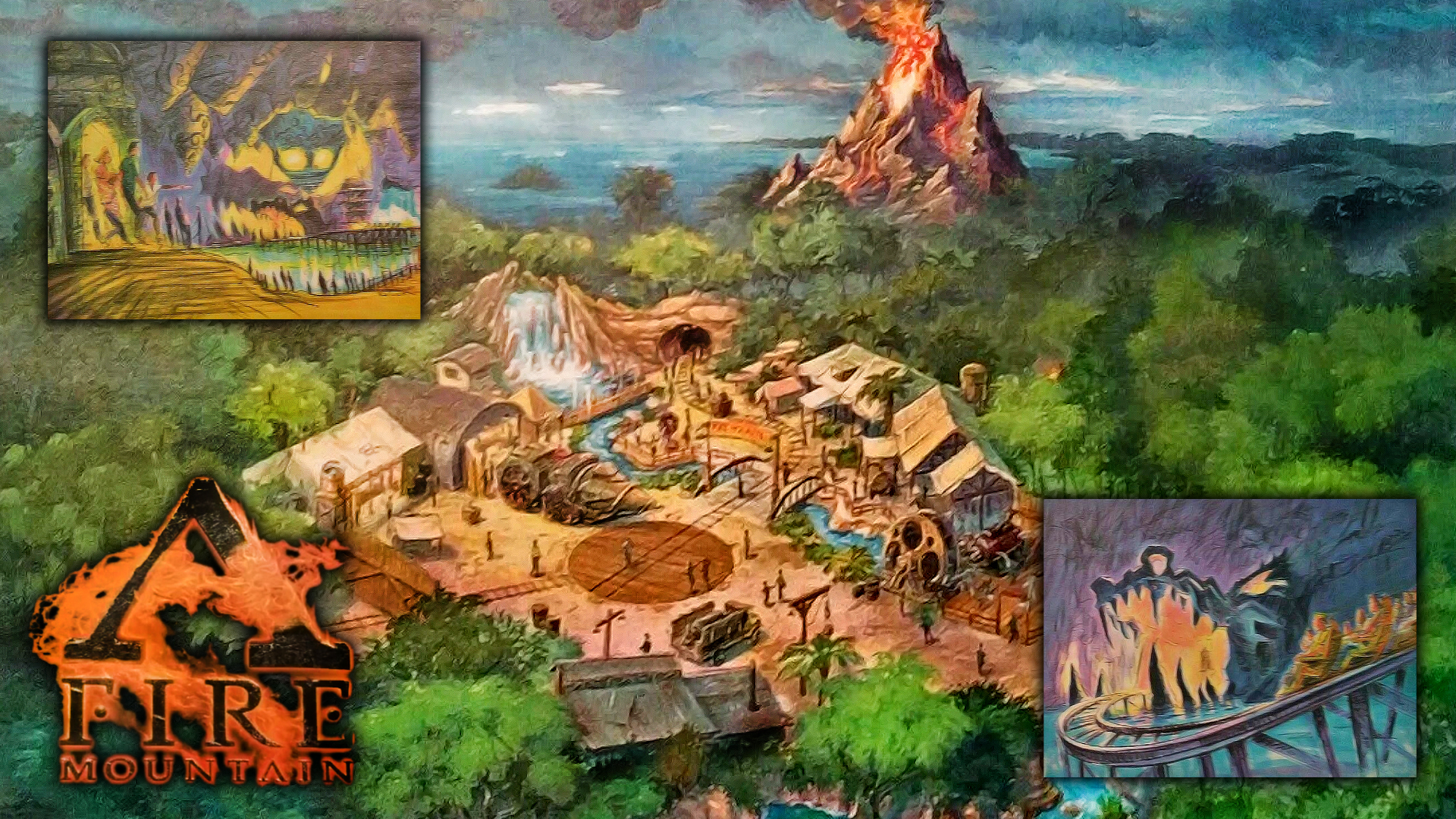 Fire Mountain was to be located to the side of Pirates of the Caribbean in Adventureland and would have been the so-called “weenie” that drew guests deeper into the land. This attraction was going to be a combination of a standard roller coaster and a flying roller coaster, which meant at one point the ride would change from a track below guests to a track above, and the vehicles would have guests lying facedown in an attempt to mimic flying like a bird. The mountain would be a gigantic volcano with the crew from Disney’s Atlantis setting up a base camp just outside, fitting right in with Adventureland’s story. Guests would fly and soar through and around the volcano with molten lava and dark and scary theme. There was an idea Fire Mountain would be the beginning of an expanded area of Adventureland. As costs soared, the decision was made to make it only a flying coaster– and then sadly, Fire Mountain was completely shelved.

We uncovered much of the ride’s concept art and history in a Back to the Future LIVE show some time ago, which you can watch in full below: