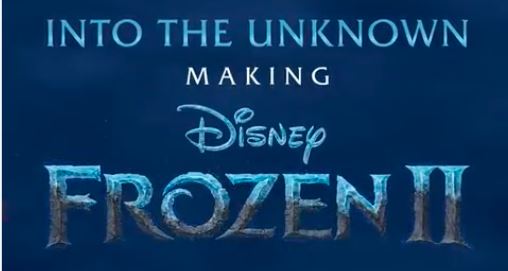 “Into the Unknown: Making Frozen 2” Behind-the-Scenes Documentary Series Coming to Disney+ This Summer

All together now: “Into the unknooown!” Frozen fans get ready, as a brand-new making-of documentary will be flurrying into Disney+ this summer.

Embark on a six-episode journey behind the scenes of the biggest animated film in history with Into the Unknown: Making Frozen 2. All episodes of the Original Series event are streaming June 26, only on #DisneyPlus. ❄️ 🍂 🎥 pic.twitter.com/Jr54pHwJJe

It was announced this morning that “Into the Unknown: Making Frozen 2” will be making its debut on Disney+ this June 26, and we haven’t been able to get that song out of our heads since hearing the news. The six-part documentary looks set to give us a never-before-seen look at every song, spirit, sister, and snowman from the hit movie sequel from 2019. All six episodes of the series will be available on the platform at once, so it looks like we have a perfect icy streaming session ahead of us.

Further details are yet to be released on the series, but in the meantime, this would be the perfect opportunity to “show yourself” Frozen 2 one more time to remind yourself of its icy magic. It is notable that June 26 was originally the date the movie itself was set to debut on Disney+, yet it ended up being released a whole three months early in March.

Are you ready to get lost in the world of “Frozen” once more?

Next
TODAY on WDWNT LIVE: Ultimate Ranking of Disney Direct-To-Video Sequels at 11:00 AM, Plus ParksCenter at 9:00 PM!