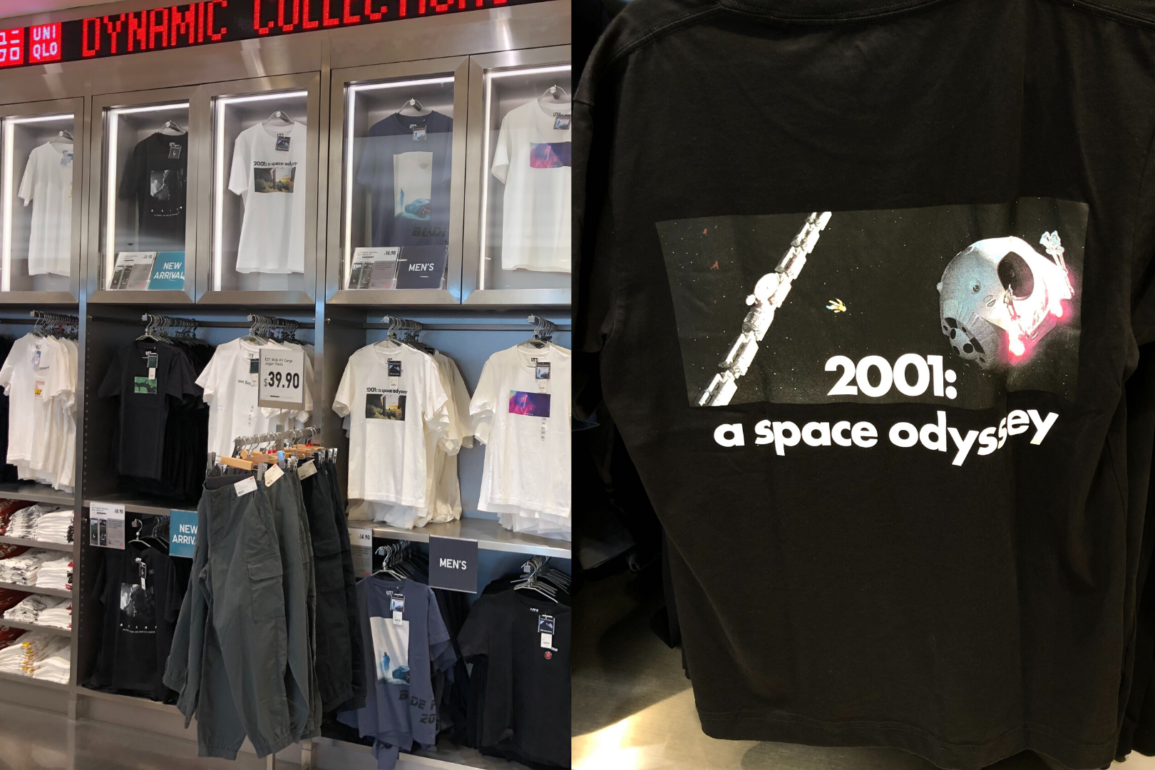 Fans of The Great Movie Ride may miss traveling through the Nostromo or watching some of their favorite movie clips during the closing Finale Montage video. However, thanks to a new Sci-Fi Movie Collection t-shirt line at Uniqlo, you can now relive some of your favorite films while at Disney Springs.

The new collection is on display on the second floor of the Uniqlo at Disney Springs, with all shirts retailing for $14.90. There are eight shirts across six films to pick from.

Featuring the classic “In Space, No One Can Hear You Scream” tagline underneath the titular Xenomorph on the front, this black shirt is sure to bring back memories of the creature swinging from the ceiling as guests pass below during The Great Movie Ride.

“Look out! Here it comes again!”

This black t-shirt features the HAL 9000 red eye on the front of the shirt on the left breast, watching your every move. “I’m sorry, Dave. I’m afraid I can’t do that.”

The back of the shirt features “2001: a space odyssey” text and a view of space from the film.

The white version of the 2001 shirt features the apes on the front alongside the film’s title.

The back of the shirt features the films title again, this time with another scene in space.

The “You look lonely” scene between Joi and K is featured on this shirt from Blade Runner 2049.

Unlike some of the other shirts, there is nothing on the back of this one.

This shirt features the movie poster for Blade Runner 2049 on the front, with the title for the film wrapping around the lower left side of the shirt towards the back.

Relive the classic shootout that has been often duplicated since it debuted with this black Matrix t-shirt. On the image, the quote “No Neo. I’m trying to tell you that when you’re ready, you won’t have to.” is featured.

The rear features the iconic waterfall of green code from the film.

The front of this white t-shirt features just the name “Agent Smith.”

On the back of the shirt, Hugo Weaving’s character Agent Smith makes several rainy appearances.

This video game mash-up of two popular sci-fi franchises made its way to the big screen in 2004. The front of the orange shirt celebrating the film features the movie’s logo on the left breast.

The back of the shirt features the movie title as well as an image of the Xenomorph from Alien and the titular Predator facing off against each other.

Will you be picking up one of these classic Sci-Fi film shirts at Uniqlo? Let us know which one is your favorite in the comments below. If you’re looking to stay at home, you can check out the full collection online by clicking here.

Next
Adventures by Disney Extends Flexible Cancellation Policy Through August 31