“The Wonderful World of Disney” Returns to ABC this Wednesday with “Moana”, Plus Live Tweet-Along with Lin-Manuel Miranda, Auli’i Cravalho, and More

I see what’s happening here. ABC has revealed that they are bringing back their “Wonderful World of Disney” programming schedule, and are set to show four Disney movies on their network each Wednesday, presented by Disney+. First up on the schedule will be the 2016 hit animated film “Moana”, set to make its network premiere this Wednesday 20th at 8/7c, alongside a live Twitter conversation with some very special guests.

#TheWonderfulWorldOfDisney is bringing magic into your home! Starting tomorrow on ABC, grab some popcorn and don't miss Moana, Big Hero 6, Up and Thor: The Dark World. pic.twitter.com/0CrmeWdNIs

Not only is the movie airing, but viewers are asked to make way, make way for some very special guests to join the watch party along with them! Composer Lin Manuel Miranda and the voice of Moana herself – Auli’i Cravalho – will be live-tweeting throughout the Eastern-time broadcast of the movie, bringing true Moana magic right to where you are. “Special guests” are also set to appear, so get ready to consider those coconuts and sail away with the movie. 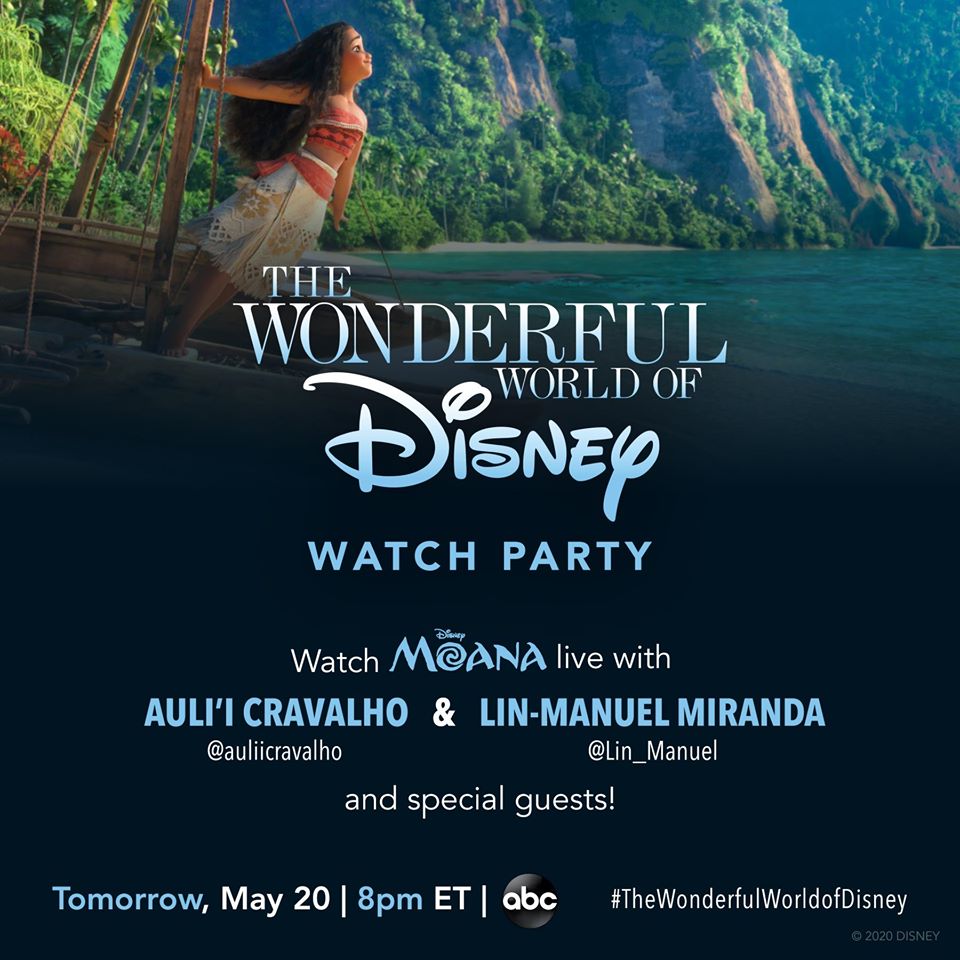 The other movies set to be shown are “Big Hero 6”, “Up”, and “Thor: The Dark World”. If you don’t have Disney+, make sure you don’t miss these broadcasts!

If you’re a fan of Auli’i Cravalho, did you check out her beautiful performance of “How Far I’ll Go” on the ABC Disney Family Singalong yet? And Lin-Manuel Miranda fans can catch him in the filmed production of “Hamilton”, which will be arriving on Disney+ this July.

Next
PHOTOS, VIDEO: Take a Full Tour of the Guest Temperature Screening Area, Distancing Queues, and One-Way Paths for the Reopening of Disney Springs