Today marks the 31st Anniversary of Disney’s Hollywood Studios, a celebration of the Hollywood that never was, and always will be! While the parks are closed, all is calm and quiet, but just for the park’s anniversary, Walt Disney World President Josh D’Amaro made a call over to Imagineering to turn on the music and return some of the glitz and glamour to the streets of Hollywood Boulevard. 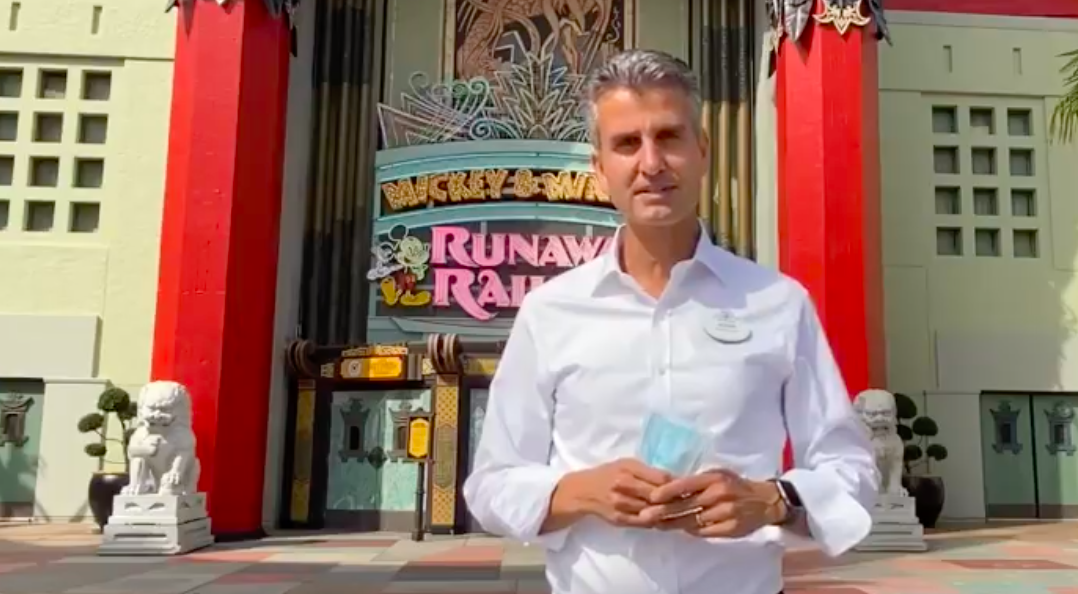 You can check out the video of Josh D’Amaro (face mask in hand) as he turns on the music in the park and allows for a few glimpses throughout the area below:

Join me as we make some magic to recognize the birthday of Disney’s Hollywood Studios today. #WaltDisneyWorld #DisneysHollywoodStudios #DisneyMagicMoments #DisneyCastLife #Magichasaname #StayStrong

Previous
TODAY on WDWNT LIVE: Former VP of Walt Disney Entertainment Ron Logan on the Disney-MGM Studios Grand Opening and More at 11:00 AM, Plus Back to the Future Live! on the Backlot Theater in Disney’s Hollywood Studios at 9:00 PM