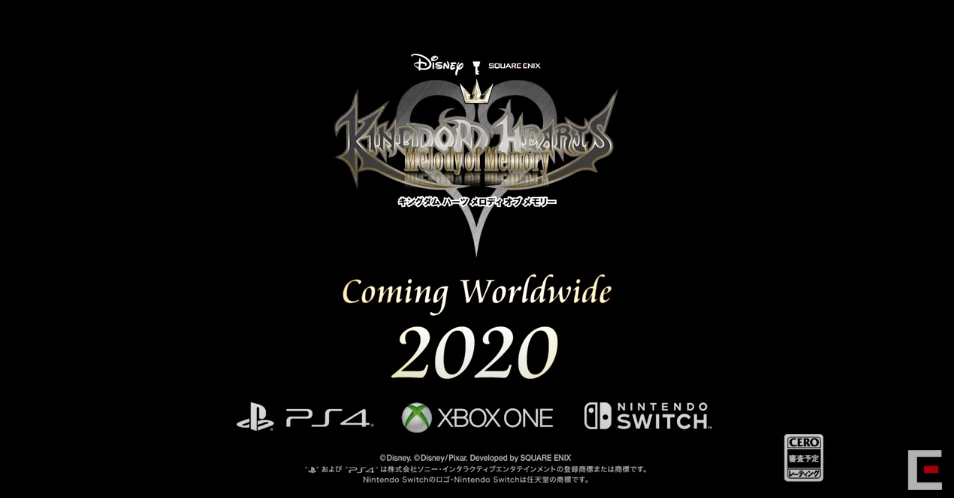 Square Enix has just released the latest preview for “Kingdom Hearts: Melody of Memories” on their official YouTube page, announcing that the latest game in the franchise will be released worldwide in 2020 on PS4, XBOX One and the Nintendo Switch.

Although the preview isn’t in English, fans can still get a glimpse of what the latest game play will be like. This game looks to be a rhythm based adventure, similar to Square Enix’s “Final Fantasy Theatrhytm” that was released in 2014.

The game brings about the return of our favorite trio, Sora, Goofy and Donald as they continue to battle the Heartless throughout many worlds while following the melody of the game’s iconic music.

Given the title of “Melody of Memories” we’ll see Sora travel through various scenes across the Kingdom Hearts series, as shown here in this scene from “Kingdom Hearts: 358/2 Days” with Axel, Roxas and Xion enjoying some sea salt ice cream.

The end of the trailer also features scenes with Kairi, with story that will most likely tie this game into the overall series.

While “Kingdom Hearts: Dark Roads” is currently delayed for the iOS and Android release, fans can still enjoy the latest addition in the series when “Melody of Memories” releases later this year.