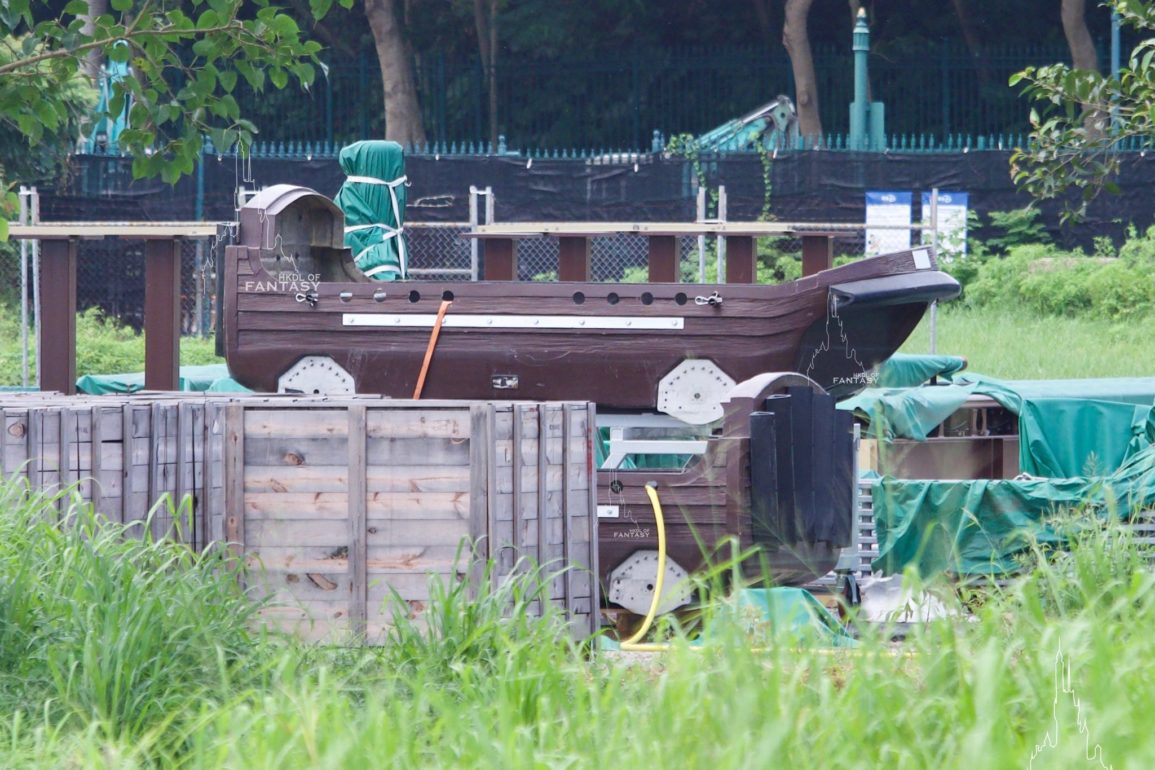 The Arendelle expansion at Hong Kong Disneyland seems to have continued during the temporary closure, and we’re getting closer and closer to its 2021 opening date! And thanks to Twitter user HKDL of Fantasy, we caught a glimpse of the upcoming boats for Hong Kong’s clone of the popular Frozen Ever After attraction from EPCOT. Let’s take a look!

As HKDL of Fantasy’s picture shows, the boats, similar to those already in use at EPCOT, arrived at the resort today. Do note that these aren’t identical to the ones at EPCOT; these are new and capable of accommodating guests better, as opposed to the repurposed ride vehicles of the former Maelstrom. The ride is reportedly a clone of the EPCOT attraction, already an excellent ride. If you haven’t visited Walt Disney World in the past few years, you can read our review from the ride’s opening.

For more details about the upcoming Frozen-themed expansion at Hong Kong Disneyland, including the unique Wandering Oaken’s Sliding Sleighs E-ticket coaster, you can check out our report from November featuring concept art and the expansion’s model. We also got an aerial view of the expansion’s progress back in April thanks to a Hong Kong local!

We’re excited to see Frozen Ever After on its way to Hong Kong Disneyland! It really is a lovely experience, and hopefully we’ll be able to visit safely next year when it makes its grand opening.