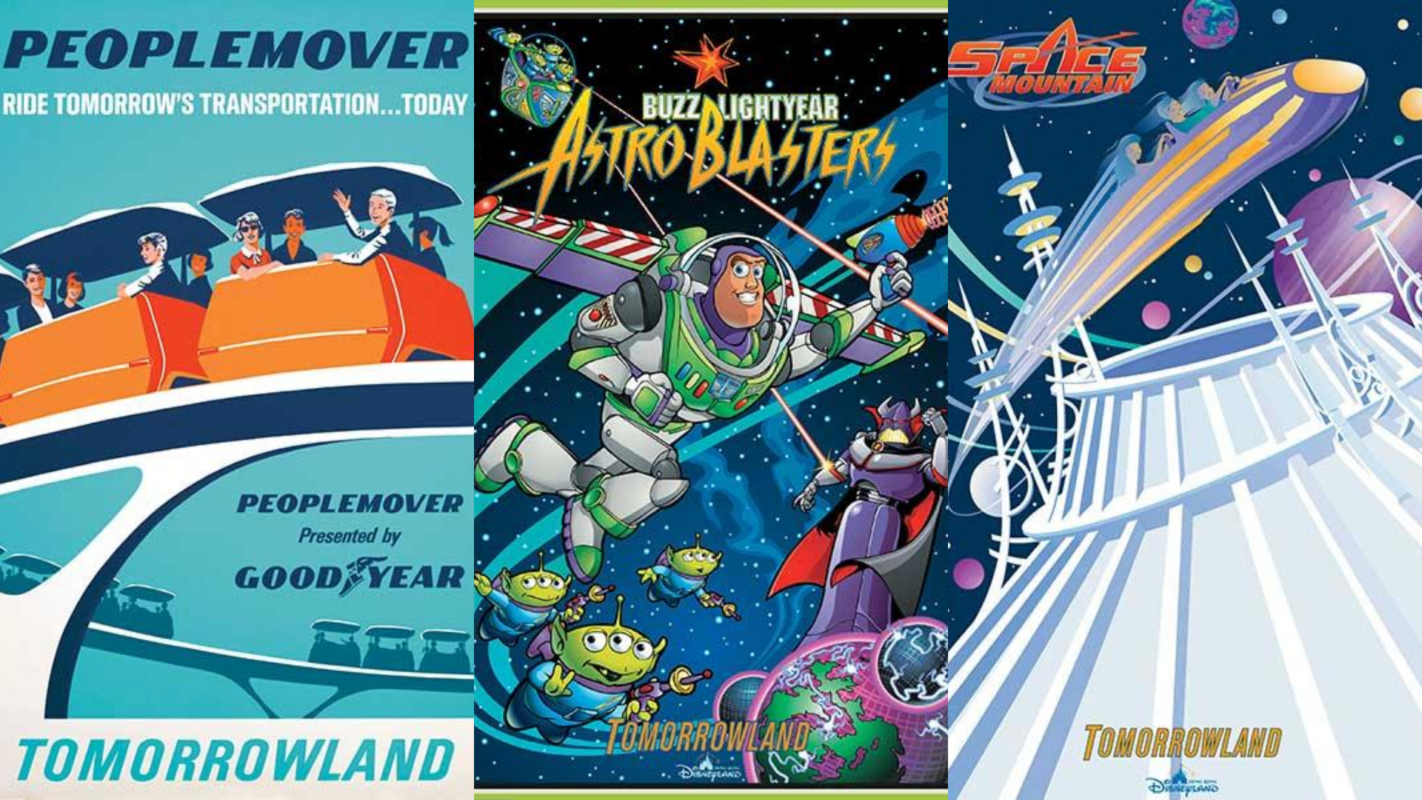 D23 is celebrating 65 years of Disney Theme Parks with posters, maps, pins, and more. Disneyland in California first opened its gates on July 17, 1955, and Disney magic has only spread in the 65 years since. Today, D23 is taking a look at the past by thinking about tomorrow. They shared these six attraction posters from Tomorrowland attractions all over the world.

Buzz Lightyear Astro Blasters still exists at the original Disneyland and in some form or another at almost every Disney resort, but this poster is technically for the Hong Kong version of the attraction that closed in 2017.

Despite the fact that Disneyland’s Peoplemover closed 25 years ago, it is still a classic attraction. (Meanwhile, its Walt Disney World counterpart has sat stationary for most of the year…)

This steampunk version of Space Mountain opened in 1995 at Disneyland Paris and has seen many changes since. It is currently Star Wars: Hyperspace Mountain.

This Space Mountain poster is also technically for the Hong Kong version of the ride.

Star Jets is the Tokyo Disneyland version of Astro Orbiter, that also closed in 2017 to make way for The Happy Ride With Baymax.

Which of these Tomorrowland attraction posters is your favorite?

PHOTOS: New “The Haunted Mansion” Button-Down Shirt by Her Universe Materializes at the Magic Kingdom