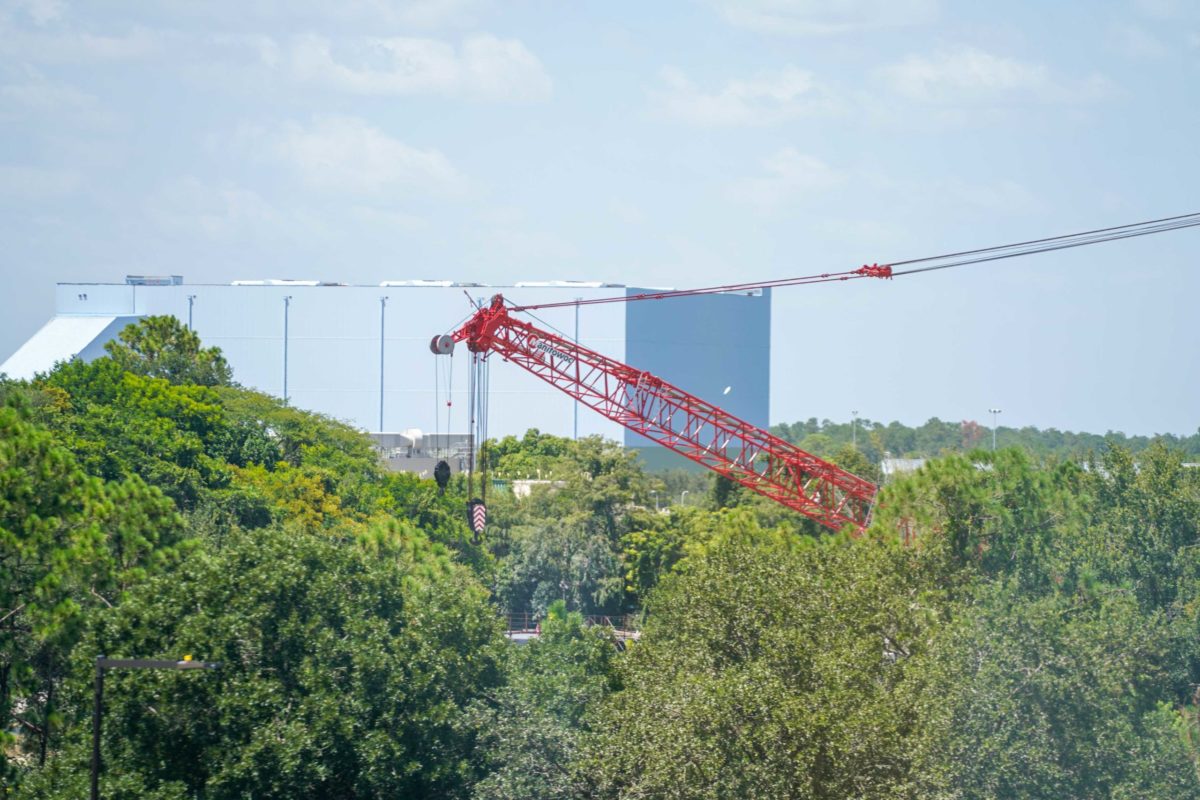 Since last year, EPCOT fans have been eagerly anticipating the grand debut of the park’s upcoming nighttime spectacular. “HarmonioUS” was originally set to take the place of the temporary “EPCOT Forever” firework performance over World Showcase Lagoon this Spring, but due to the ongoing COVID-19 pandemic, this has been delayed.

Aerial photographer bioreconstruct recently posted on Twitter showing that development is still underway on the nighttime attraction over at the lagoon marina backstage in the park:

In the photo, you can see the massive show barges, as well as the circular barge that will become the centerpiece of the show.

The view of this work isn’t just visible backstage, however, as we went for a walk around the World Showcase to see whether we could spot any work going on. As it turned out, it wasn’t too difficult to see signs of action from our position in the parks, as the large crane visible in the aerial images has been dominating the park’s skyline.

We may not be able to see much specific work going on through the trees, but the bright red of this huge piece of machinery is very hard to miss.

The sky blue building in the background is the show building for the upcoming Guardians of the Galaxy: Cosmic Rewind coaster, another big construction project currently underway in EPCOT.

It didn’t seem like the crane was doing much during our visit, but its presence definitely suggests some large-scale work is being done to complete the show barges for “HarmonioUS”.

Back in January this year, Disney Parks shared a video giving us a rare, behind-the-scenes look into the development of “HarmonioUS”, which includes the use of five large barges. At the moment, nothing indicative of an imminent grand debut of the show is visible above the sleepy lake in EPCOT.

Are you excited to watch the upcoming “HarmonioUS” at EPCOT? If you’re missing nighttime spectaculars due to new health and safety regulations, you can watch EPCOT Forever from the comfort of your home in our YouTube video below: