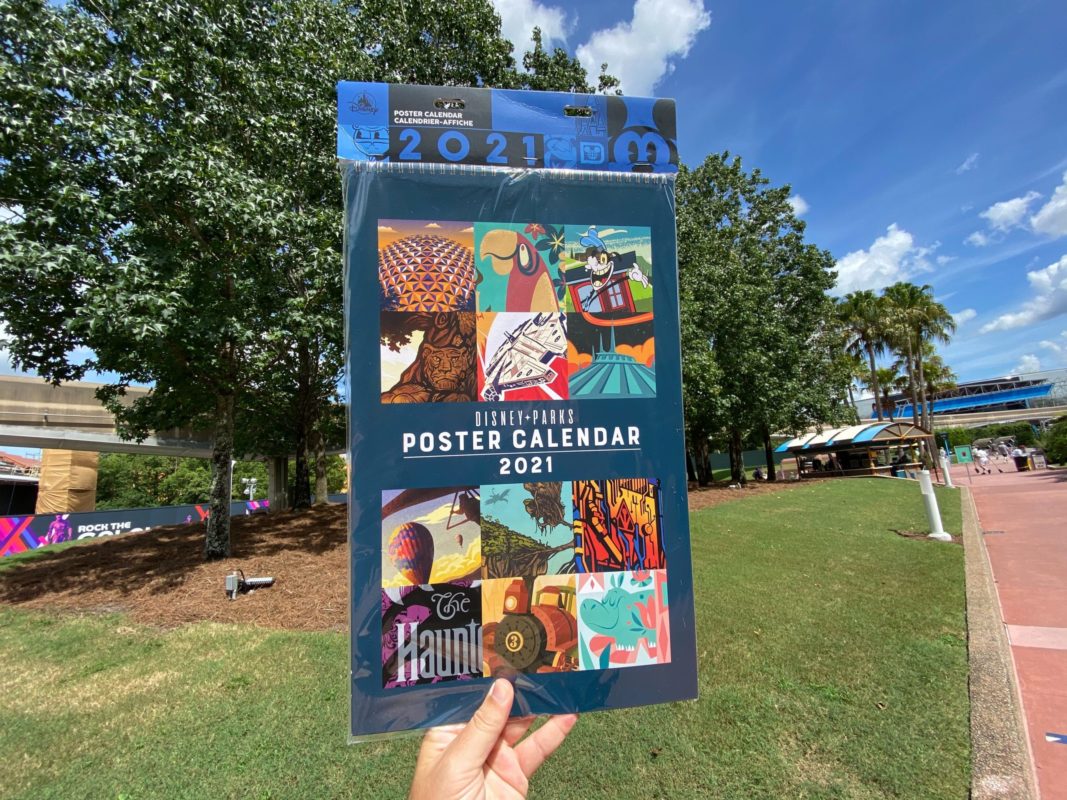 Earlier this week, we found a 2021 calendar featuring photographs from around Walt Disney World Resort. If you’re more into attraction posters, then you might prefer this new calendar featuring a different Disney Parks poster for each month of the year.

The front of the calendar gives you a glimpse of some of the artwork. Most of the posters are for attractions or landmarks at both Walt Disney World and Disneyland Resort. However it does include Spaceship Earth, Disney’s Animal Kingdom, Avatar Flight of Passage, and Guardians of the Galaxy Mission: Breakout posters.

Most of these posters premiered last year at The Art of Disney kiosks in both Walt Disney World and Disneyland. Probably the most notable new design is Goofy driving the train in Mickey & Minnie’s Runaway Railway.

We found this calendar at Mouse Gear in EPCOT for $24.99. Even if you don’t usually buy paper calendars, this is an easy way to pick up 12 Disney Parks posters for your walls!