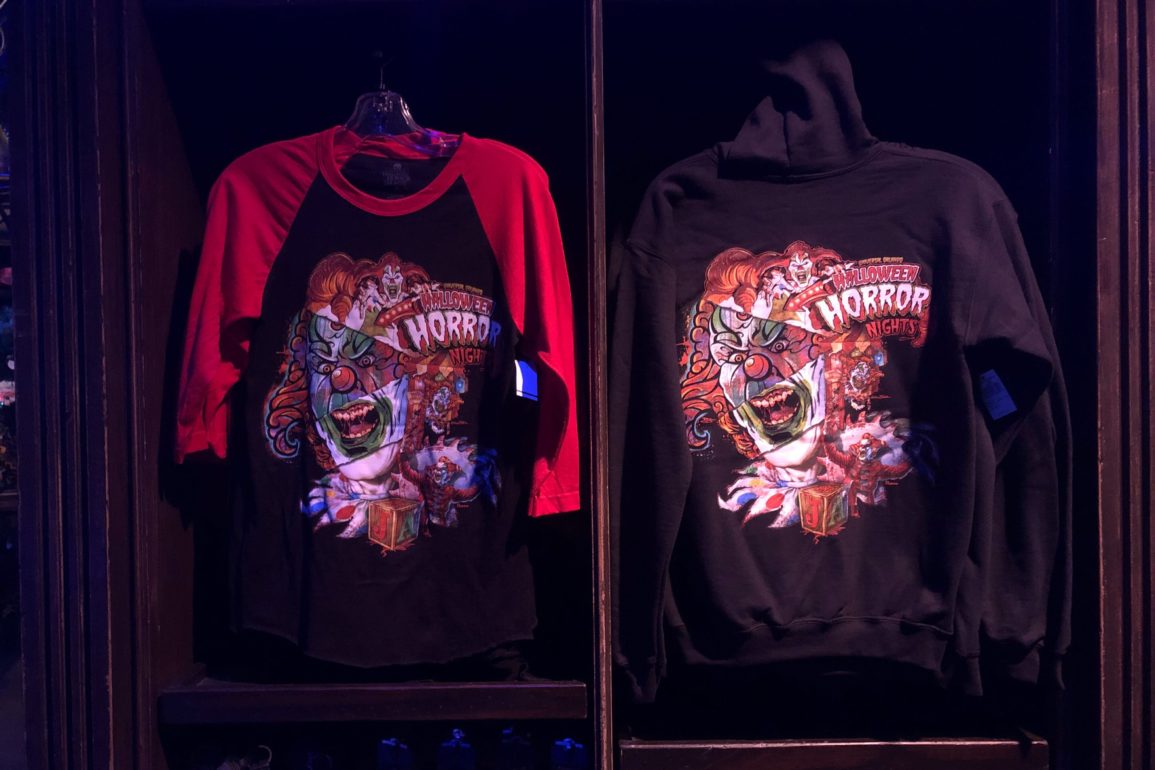 Halloween Horror Nights fans of all ages! Step right up and check out the newest merchandise items all theme to the master of madness, Jack the Clown.

A new sweatshirt and raglan T-shirt have arrived at Universal Studios Florida as part of the Artist Signature series, which looks to pay an artistic tribute to the event’s 30-year history. The same design appears on both items.

The artwork peers into the mind behind Jack’s madness, as wild as the clown himself.

Jack appears in his various costumes, including his ringmaster uniform from Halloween Horror Nights 25.

Trust me… you don’t want to enter that big top.

The Artist Signature series logo appears on the front of the zip-up sweatshirt.

It also looks terrifyingly good underneath a blacklight.

The green of his makeup glows! Now the dark is even more dangerous.

It also glows under a blacklight.

Here, the Artist Signature series logo appears in red on the back.

The design was created by multiple artists, each of which have their signatures on the piece.

If this has left you wanting more, check out even more HHN merchandise, including glasses and a plastic Frankenstein straight out of a Mold-A-Rama machine!