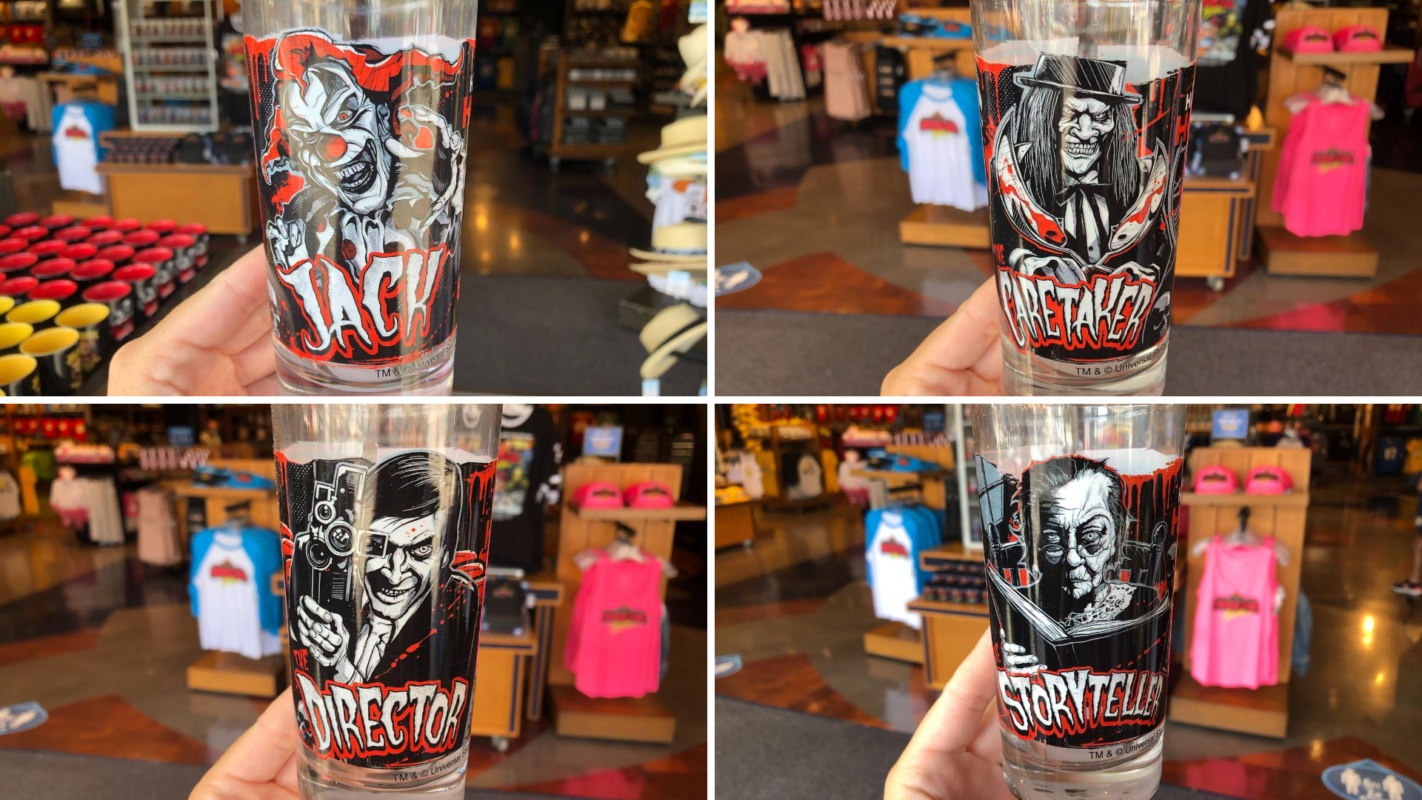 Some of the most popular faces to terrify guests over the last 30 years of Halloween Horror Nights are captured in a new set of glasses at Universal Studios Florida.

A fearsome foursome, depicted in the style of the recent “30 Years 30 Fears” merchandise, conjure memories of the past… and remind us of their stories.

One glass features the deadly Director, ready for the next shot.

Each glass has a poem describing the icons’ backstories.

Another glass stars Elsa Strict, better known as the Storyteller.

The Caretaker, Albert Caine, prepares to send you on your final journey on this glass.

And finally, it wouldn’t be Halloween Horror Nights without Jack the Clown, who naturally makes his terrifying appearance on this glass.

The glasses retail for $12.00 each. We found them at both the Universal Studios Store and the Halloween Horror Nights tribute store.