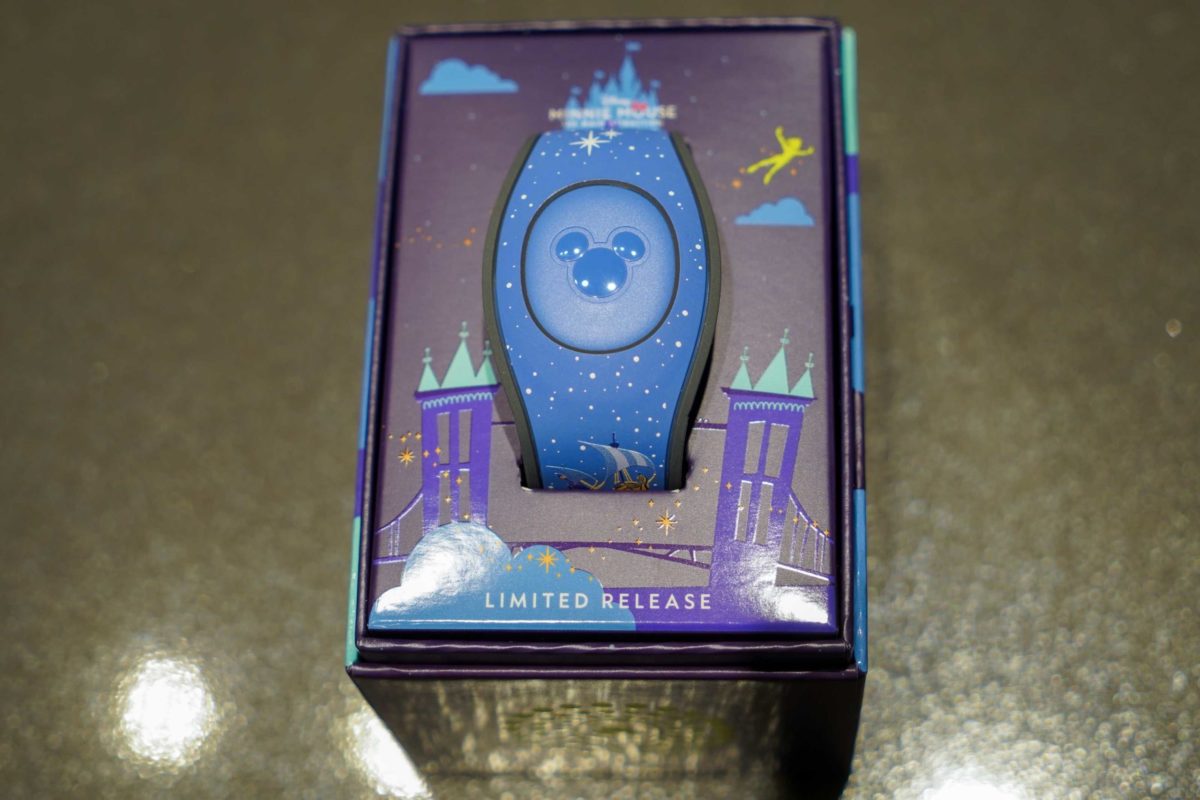 Despite the fact that Disney previously announced there would be no limited edition merchandise releases in the parks for the foreseeable future, we spotted the Peter Pan’s Flight MagicBand from the “Minnie Mouse: The Main Attraction” collection at EPCOT today.

The Peter Pan’s Flight collection was first revealed back in May as a shopDisney exclusive. It was supposed to release in June, then was delayed to July, when it was released through shopDisney’s new MerchPass system.

On one side of the MagicBand, we see the Jolly Rodger flying above London, set against a blue sky background.

On the other side, we see a smiling Minnie Mouse. We were shocked to see this MagicBand in the parks, and we didn’t see any other items from the collection available.

These bands are retailing for $34.99 each. There were only a handful available when we found them at Mouse Gear and we expect they will sell out quickly.

Release Dates Announced for New “Minnie Mouse: The Main Attraction” Collections in the US