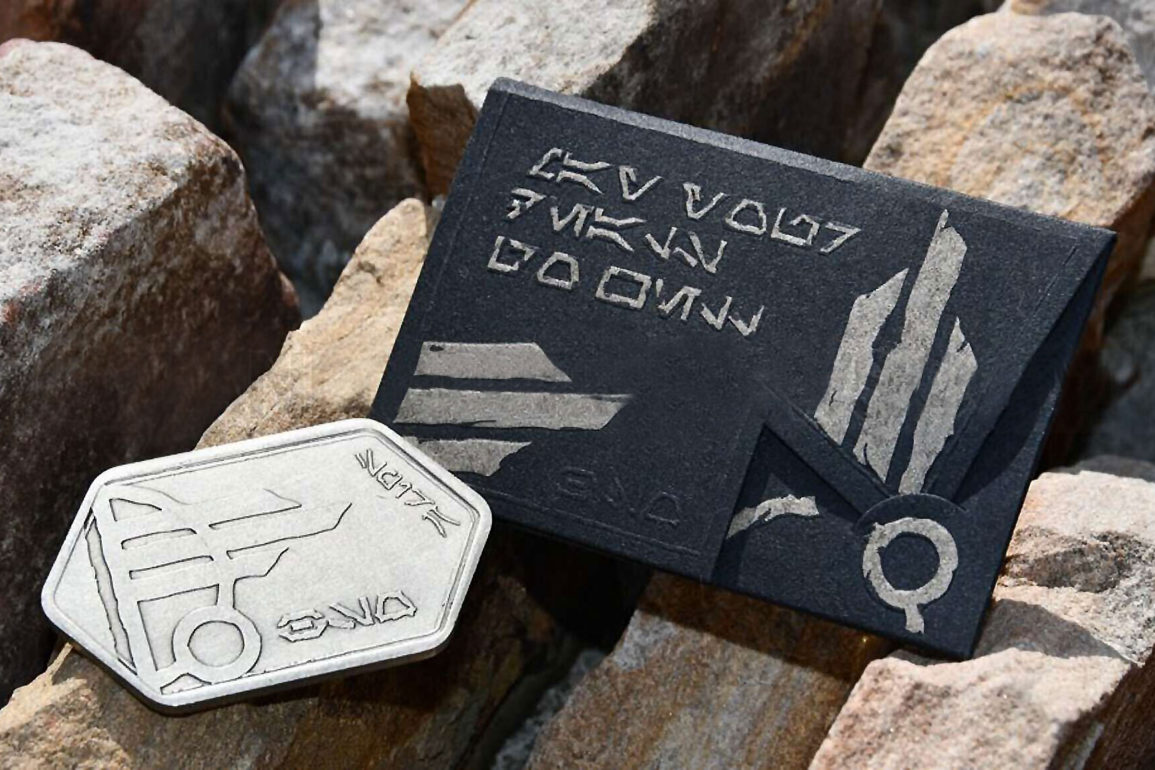 One of the selling points of Star Wars: Galaxy’s Edge at Disneyland and Disney’s Hollywood Studios was the land’s deep immersion factor, completely enveloping Guests into the world of Batuu. This extended all the way down to special metal gift cards themed to the currency of Black Spire Outpost, known as the Batuuan Spira. Sparsely available since last year, it looks like a new silver version of the medallion is on its way to Disney’s Hollywood Studios!

These new silver versions will be available inside the Droid Depot at Galaxy’s Edge starting September 1st, likely for a minimum of $100, just like the former gold version. The new packaging appears to be black with new Aurebesh lettering that reads “May your deals go well” on the front, along with “BSO” for Black Spire Outpost. The new version looks less weathered than its current gold counterpart, but can be used at any outlet that accepts Disney gift cards thanks to the barcode etched on the back side! You can compare it to the original from last year below.

As noted before, the new silver Batuuan Spira will be available at Droid Depot on Batuu in Disney’s Hollywood Studios starting September 1st while supplies last. We expect to see these at Disneyland as well once the park reopens. What are your thoughts on this new Spira? Do you prefer the weathered gold or the silver version? Let us know in the comments below, or on social media!