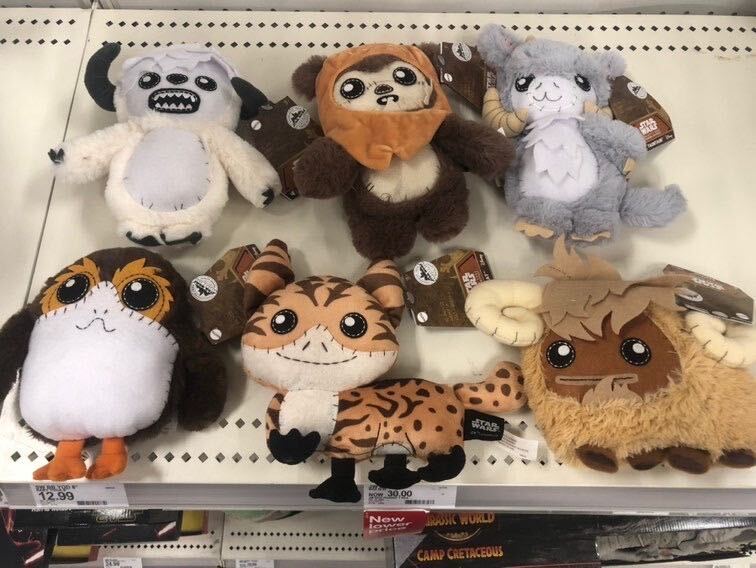 The creatures seen around Star Wars: Galaxy’s Edge have arrived at Target… and they talk!

Instagram user @from4lomtozuckuss spotted these plush “stuffed dolls” from the Trading Outpost collection at Target, featuring creatures from across the galaxy.

Six creatures were featured, including a Wampa, Ewok, Tauntaun, Porg, Lothcat, and Bantha, each rendered in the style of the plush of other Star Wars characters found at the Toydarian Toymaker in Disneyland and Disney’s Hollywood Studios.

All of them make multiple sounds that the creatures make, which you can hear by pressing their stomachs, as seen in the video below.

Which of these creatures are you ready to take home? Let us know in the comments below!