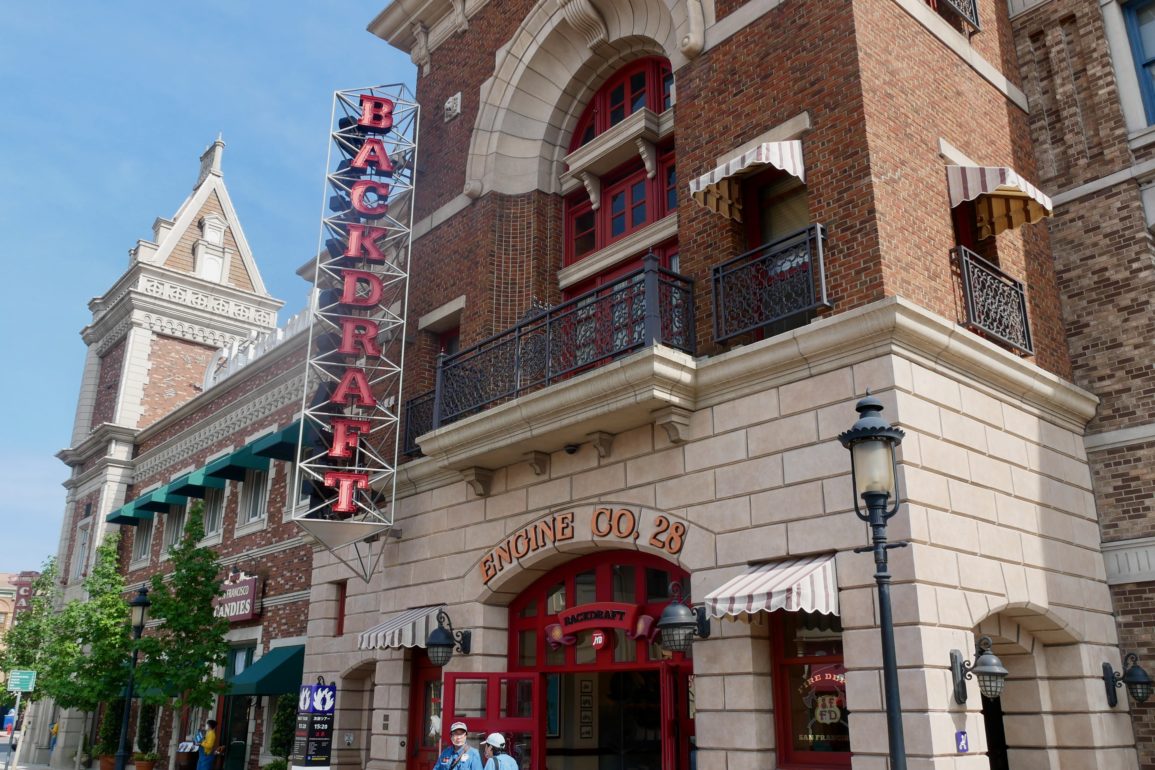 One of the incredible things about Japanese theme parks is that they hold onto some nostalgic properties longer than their American counterparts. At Tokyo Disneyland, we still see the original 1971 Haunted Mansion and Snow White’s Adventures from the Magic Kingdom, and at Universal Studios Japan, Back to the Future: The Ride held on nearly a decade longer than in the US, and JAWS still sails to this day! Another beloved member of this family is Backdraft, the fire effects show formerly at Universal Studios Hollywood. While it may have been extinguished for Transformers: The Ride in Hollywood, the fire rages on every day in Osaka, and you can watch it below!

From the queue line, to part of the preshow video, and all three show scenes, the entire experience of Backdraft can be enjoyed just as you remember it from Hollywood… albeit in Japanese.

An opening day attraction at Universal Studios Japan, Backdraft is in the San Francisco area of the park and has been since 2001. Even though the effects show is nearly 30 years old at this point (if you count its time at USH), it never fails to impress (and swelter) crowds in Osaka to this day!

Next
VIDEO: R5 Droid Haggles with Finn, Fights Over Doors, and Resistance Radio Chatter Fills Minutes of Time During Pauses in Movement on Star Wars: Rise of the Resistance