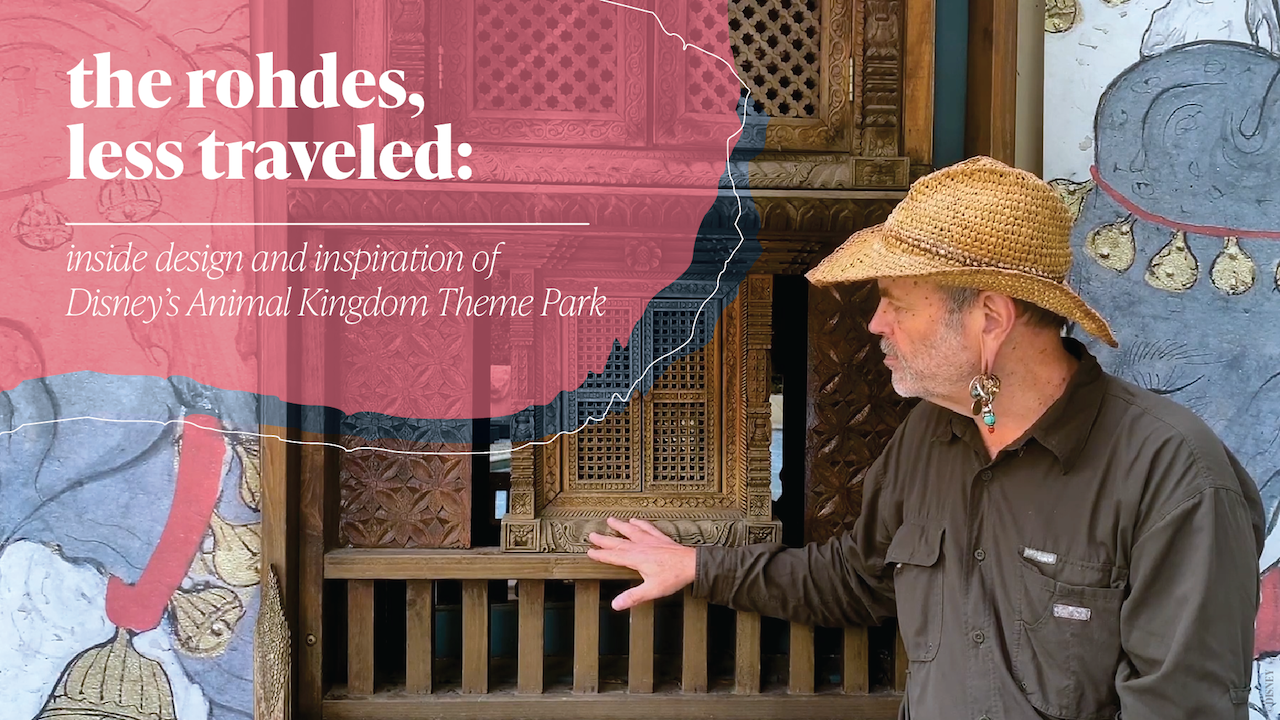 Legendary Imagineer Joe Rohde has given fans a mini-masterclass on the design and ideas behind Disney’s Animal Kingdom with a new video series created by his family: “The Rohdes, Less Traveled.” Part one gives a look on the inspiration behind the park’s many windows.

Our family has been at home together since March, and life can get repetitive at times. So, to pass away the hours and give ourselves something to do as a family, we decided to create a five-part video series about design at Disney’s Animal Kingdom Theme Park.

In our family of four we have multiple writers, a director and cameraman, a producer…and a talking head (me). Plus a house full of  (as the saying goes, ‘one man’s junk is another man’s treasure!’) that we’ve dragged back from all over the world during the last 40 years. The challenge is to work with what we have, therefore limited only to the photographs and video clips that I have on my own laptop and snapshots that I found in a box in my studio, plus settings we’ve improvised in our house and yard. Since we are not going anywhere, it’s called “The Rohdes, Less Traveled”…

If you want to learn more about what inspired Disney’s Animal Kingdom, be sure to check out his recent Instagram posts!