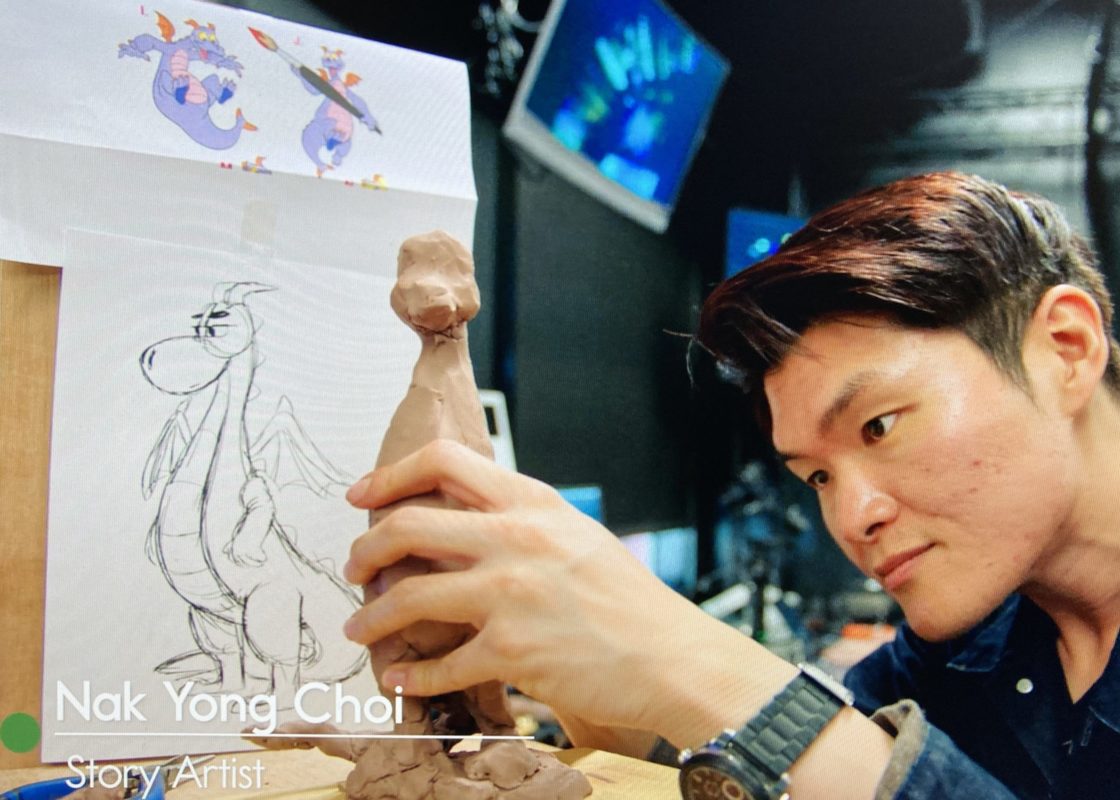 This week’s “One Day at Disney” short on Disney+ is giving us a first look at a slightly different appearance for the lovable purple pigment known as Figment, the mascot of EPCOT and the star of the many incarnations of Journey to Imagination in the park’s Imagination! Pavilion.

This week’s episode focuses on Alice Taylor, a VP of Content Innovation at Disney’s StudioLAB. From drones to augmented reality, Taylor uses innovation and emerging technologies to continue pushing the boundaries by which content can be created and shared with people around the world.

In the episode, we get to see various Figment designs by Story Artist Nak Yong Choi as he shapes and carves a physical clay model of the character in order to create a 3D rendering for VR capabilities and more.

You’ll notice the designs are a stark departure from Figment’s usual look, although the dragon has taken on a number of shapes as seen on merchandise over the past couple of years. Disney Parks has to then review these models, for the sake of character integrity.

Do note that the episode did not state a purpose or specific project for these new Figment designs, so it’s unknown if this is actually something for the park itself. However, given StudioLAB’s involvement with the Walt Disney Animation Studios, and beyond this could be for something more along the lines of an online series harkening back to the Figment educational cartoons which were planned and piloted in the ’80s, but never launched.

What do you think of this “new look” for Figment? One little spark of inspiration, and we may just have an entirely different dragon at EPCOT soon…