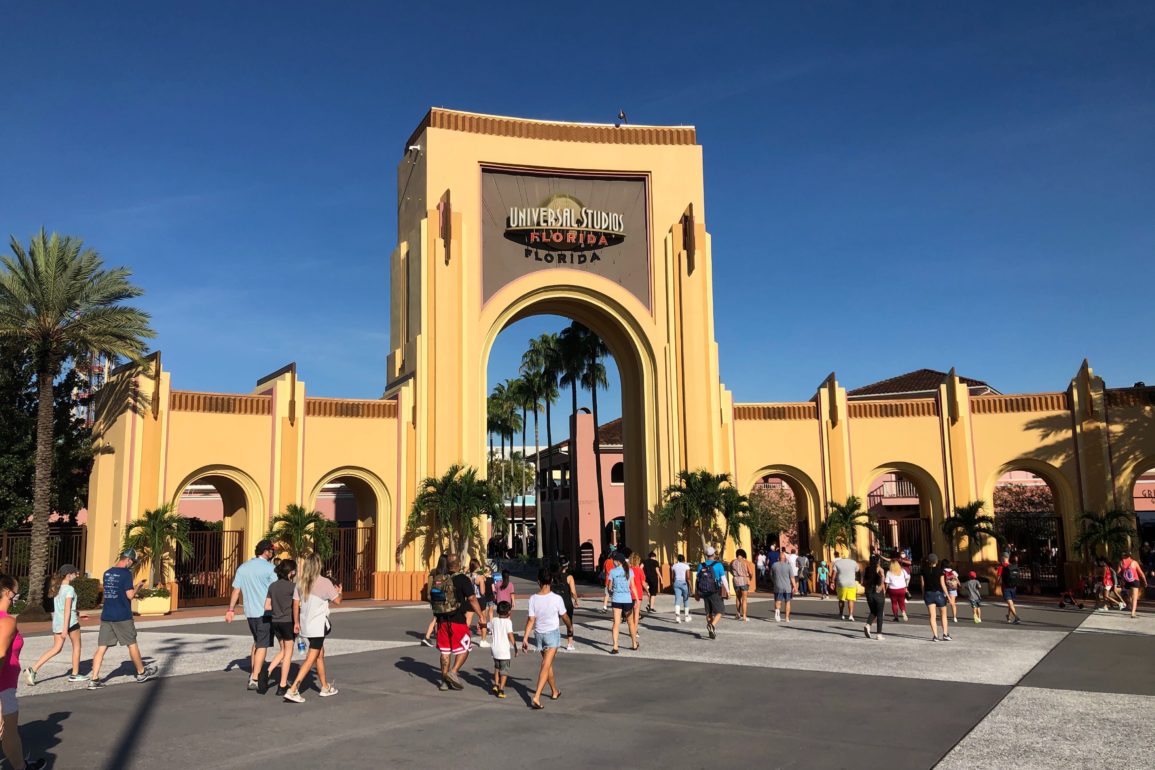 Spooky season is here and Universal Orlando Resort has conjured up some special Halloween fun to celebrate, including opening two Halloween Horror Nights houses to day guests this weekend. We were lucky enough to attend the Premier Passholder preview, but we were curious to see the differences once the houses opened to the public. We arrived early and just beat the rush to get in.

We’re glad we made it into the parks and managed to get Virtual Line times for both of the haunted houses through the Universal Orlando app. It wouldn’t be long before the park was filled with “Haunted Houses at Capacity” signs, followed by both parks hitting capacity.

Virtual Line times were gone quickly, but more were added to the app throughout the day. It seems like they were really testing their capacity slowly to make sure everything went well. We waited less than 15 minutes in a physical line, and most of that time was spent slowly walking the queue. We didn’t spend very much time standing in one place in the queue, which was a nice change of pace from your typical haunted house wait.

Revenge of the Mummy had a queue that wrapped down to the Tribute Store and back. It was very chaotic for a little while early in the day, but management was out with megaphones telling guests exactly what they were standing in line for and reminding them to social distance.

It looks like a lot of people were attempting to go through the Tribute Store to get even more of their Halloween Horror Nights fix. The line was very long throughout the day.

Barricades wrapped back and forth for the haunted house queues, but never once did we see these even half full of guests. During previews, the lines spilled out of these queues, but today, they were extremely short and moved very quickly, despite the limited capacity.

Drink stands were set up in both of the queues, should you happen to get thirsty walking through the maze of barricades or want to avoid the long lines for a drink around the park.

In case you utilized the stroller parking and ignored all the other giant parental advisory signs, including a warning on the app, there’s one final warning at the door that this is not recommended for children under the age of 13. We can only imagine what nightmares a small child may have after turning a corner to see the evil tooth fairies torturing a small child in his bedroom.

Lines for food were far worse than any wait for the haunted houses.

Mel’s Drive-In had a line that stretched all the way back to the Williams of Hollywood Prop Shop. There’s not as many dining options in the park with indoor seating for guests looking to take a break and eat comfortably, so it’s not surprising that people are willing to wait.

We grabbed some Twisted Taters from the food truck by the Tribute Store for lunch because the line was short.

Lines for AP lounge were also long, which just goes to show how many passholders are still willing to visit on a crazy Saturday.

There are many guests just sitting in the shade, either waiting for their return time or hoping for more Virtual Line times to appear on the app.

Skeleton Bar at Cafe La Bamba is the place to be on weekends now. They’ve got a variety of food and beverages (some bad, some worse), but you can never go wrong with Frozen Candy Corn.

It’s been a terrifyingly long day, so that’s all for this visit to the Universal Orlando Resort. Stay tuned for more updates from Universal Parks News Today.