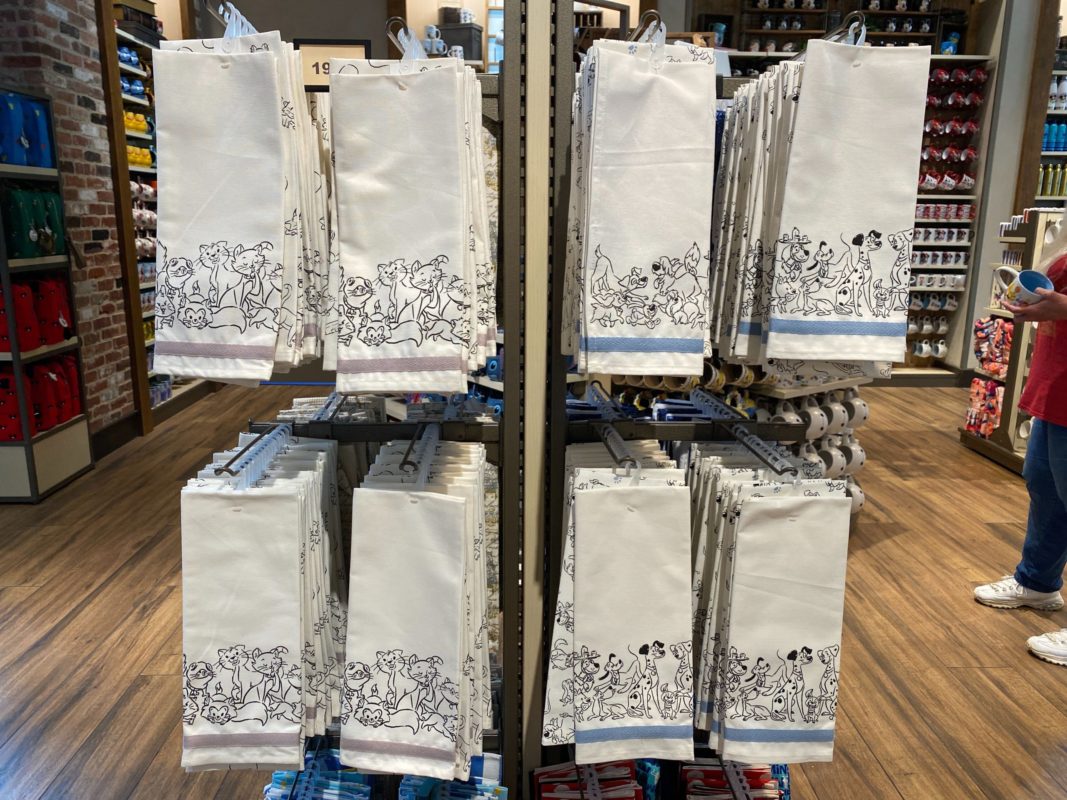 Cats and Dogs are all over Disney films and they quickly become fan favorites. Now, you can bring home those favorites with these two new tea towels featuring some classic furry friends from several Disney animated films. We saw these two-towel sets at World of Disney in Disney Springs, retailing for $19.99 each.

This two-towel set includes one with cats all over, and another with the cats along the bottom of the towel together. Characters include the Cheshire Cat, Duchess, Marie, Berlioz, Toulouse, Thomas O’Malley, Dinah, Yzma as a cat, Lucifer, Oliver, Sergeant Tibbs, Mochi, and even the nameless white kitten dressed as a frog from “The Princess and the Frog.”

This two-towel set includes one with dogs all over, and another with the dogs all in a doggy pile along the bottom of the towel. Characters include Max, Lady, Tramp, Little Brother, Pluto, Pongo, Perdita, Lucky, Nana, Bruno, Toby, Peg, Jock, Percy, Dodger, Bolt, and Winston.

Are you going to rush out and get some new Disney Cats and Dogs tea towels? Let us know in the comments below. For more like this, check out this Baby Yoda “The Child” spirit jersey for your dog.

PHOTOS: Feel the Retro Vibes with this NEW Mickey and Co. Apparel from Walt Disney World