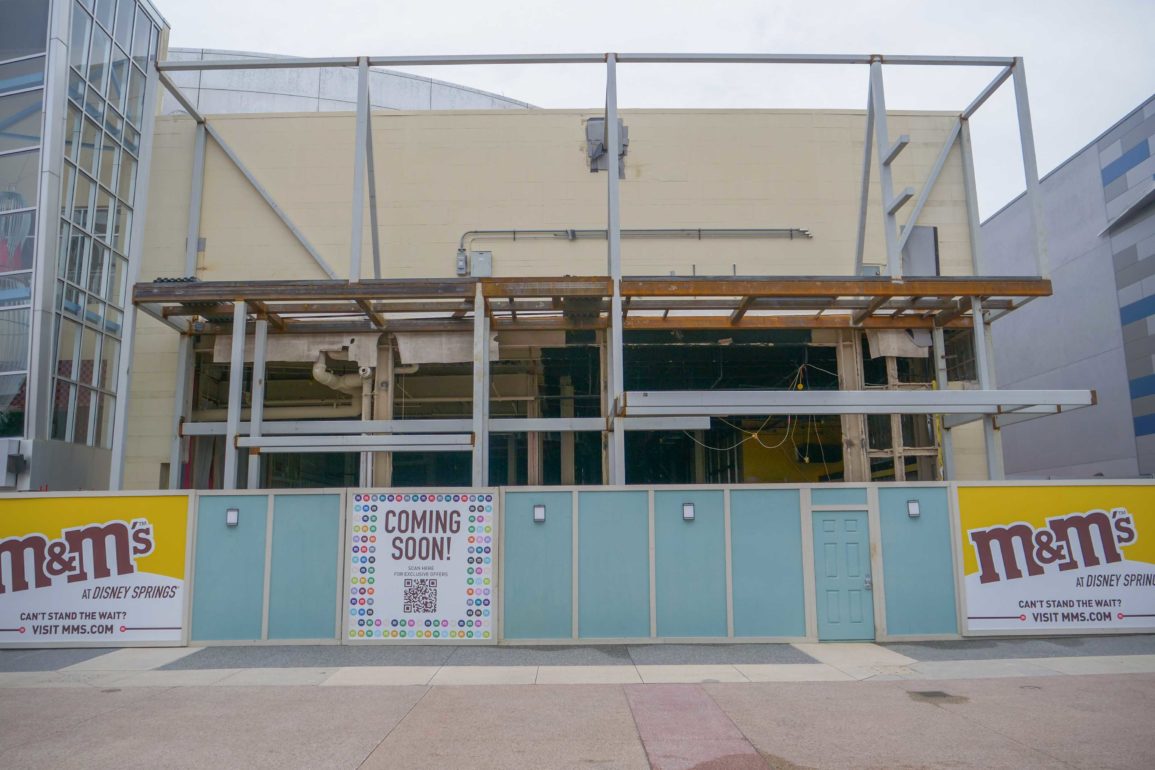 Disney Springs is home to numerous retail locations, many of them offering tasty treats and sweet snacks. Things will get sweeter later this year with the addition of M&M’s at Disney Springs. Let’s take a look at what is going on at the construction site.

Since our last update, more framing has been added to the future store, which hopes to open by Thanksgiving.

The framing will support the store’s decorative front, which will include a sweeping, yellow entrance and larger-than-life M&M’s candies.

From this angle, it is easy to see how the framing will support the facade.

Two horizontal tiers are used to tie the facade into the building’s existing structure.

Exposed mechanical systems will be covered by the finished facade.

The facade will eventually come together to match the concept art.

Are you excited for the new M&M store? Let us know in the comments.

Next
PHOTOS, VIDEO: We Built a Lightsaber at Savi’s Workshop in Star Wars Galaxy’s Edge with Social Distancing & Face Masks