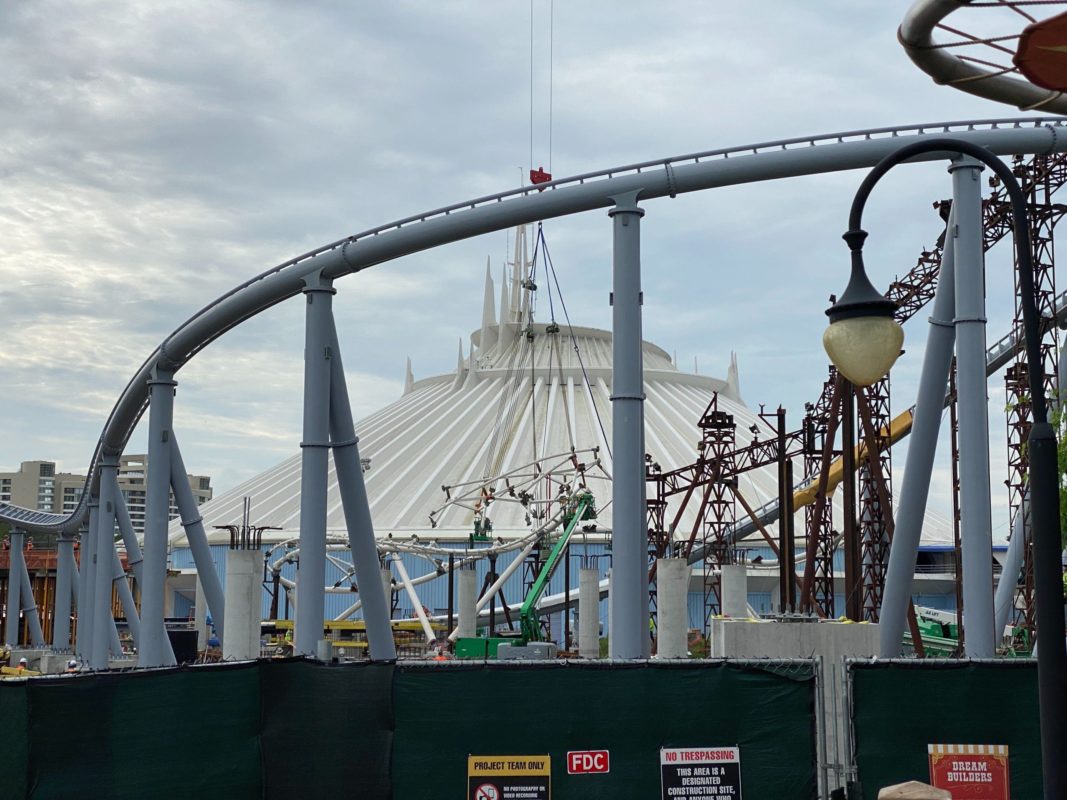 TRON Lightcycle / Run has reached a major milestone at the Magic Kingdom as the first large piece of illuminated canopy has been installed at the site. Take a look at the installation progress below!

We saw the piece lowered down onto the supports in real time during our WDWNT Live YouTube stream from the Magic Kingdom.

The illuminated canopy will cover an outside portion of the roller coaster’s track.

Now that the piece has been lowered, all that’s left is to center it into place, and bolt it down.

Over by the side, we see where more pieces of canopy are being put together and staged for future installation.

TRON Lightcycle / Run is set to be completed in 2021, barring any further delays. The Magic Kingdom guidemap does declare the coaster is “Now Programming” which indicates that Disney is planning on opening it sooner rather than later. You can check out a full POV ride-through of Lightcycle / Run’s sister coaster in Shanghai by viewing our YouTube video below:

Guest Falls and Is Seriously Injured on Exit Stairs After Getting Dizzy on Guardians of the Galaxy: ...August 5, 2022
PHOTOS: Join Us for the 2022 Pumpkin Patch Scavenger Hunt at Disney's Wilderness LodgeOctober 25, 2022
Duffy & Friends Winter Twinkling Town Merchandise Coming to Tokyo DisneySeaOctober 16, 2022