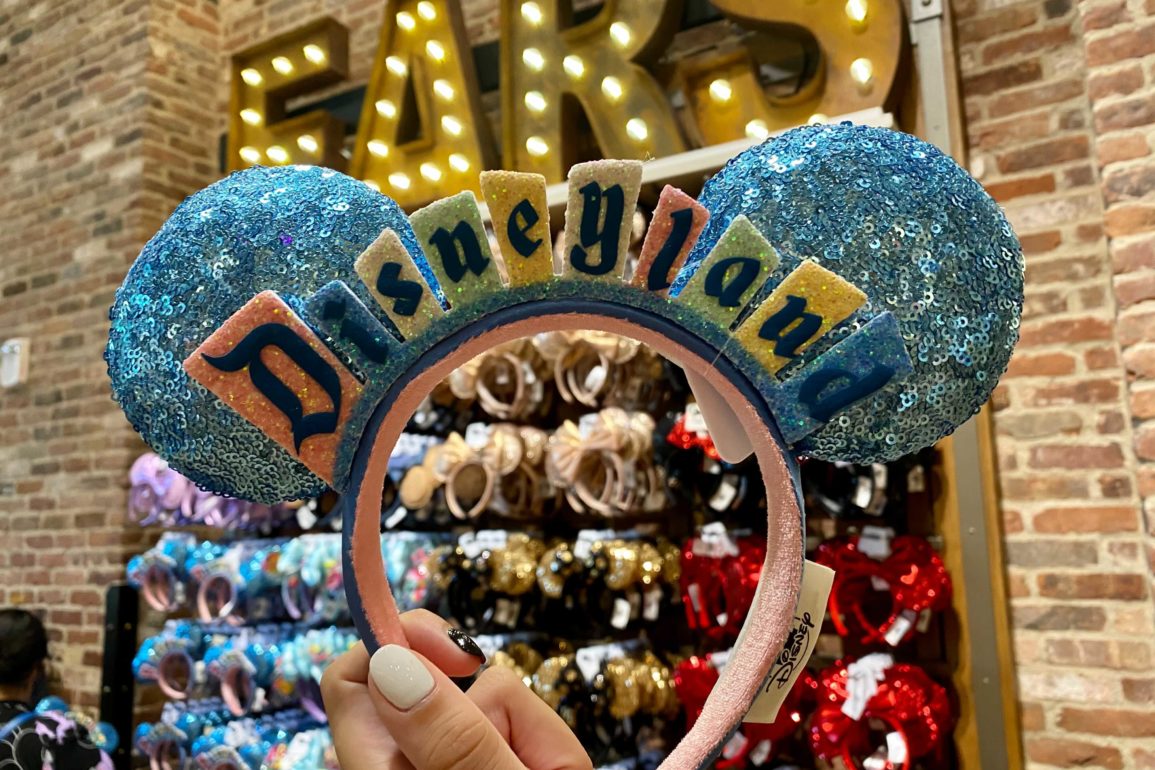 Celebrate “The Happiest Place on Earth” with NEW Minnie ears themed to the classic Disneyland marquee sign! Whether you aren’t a huge fan of bows, or you’re just looking for a different design, these new ears are unique, with a historic twist.

The blue-sequined ears feature a light pink inner velvet lining on the headband, and the Disneyland marquee along the front, with each letter in the name showcased against a colorful, glittery square backdrop.

For those interested in a bit of Disney history, the ears are modeled after the 1958 version of the Disneyland marquee, which graced Harbor Blvd. as it welcomed visitors for over 30 years.

Even the side of the headband features nods to the original marquee, with the words “The Happiest Place on Earth” embroidered in the same font that graced the sign in its later years. There are even the banners that topped the sign, later removed in the late 1980s.

These adorable new Disneyland ears retail for $29.99 and you can find them at World of Disney in Downtown Disney District.