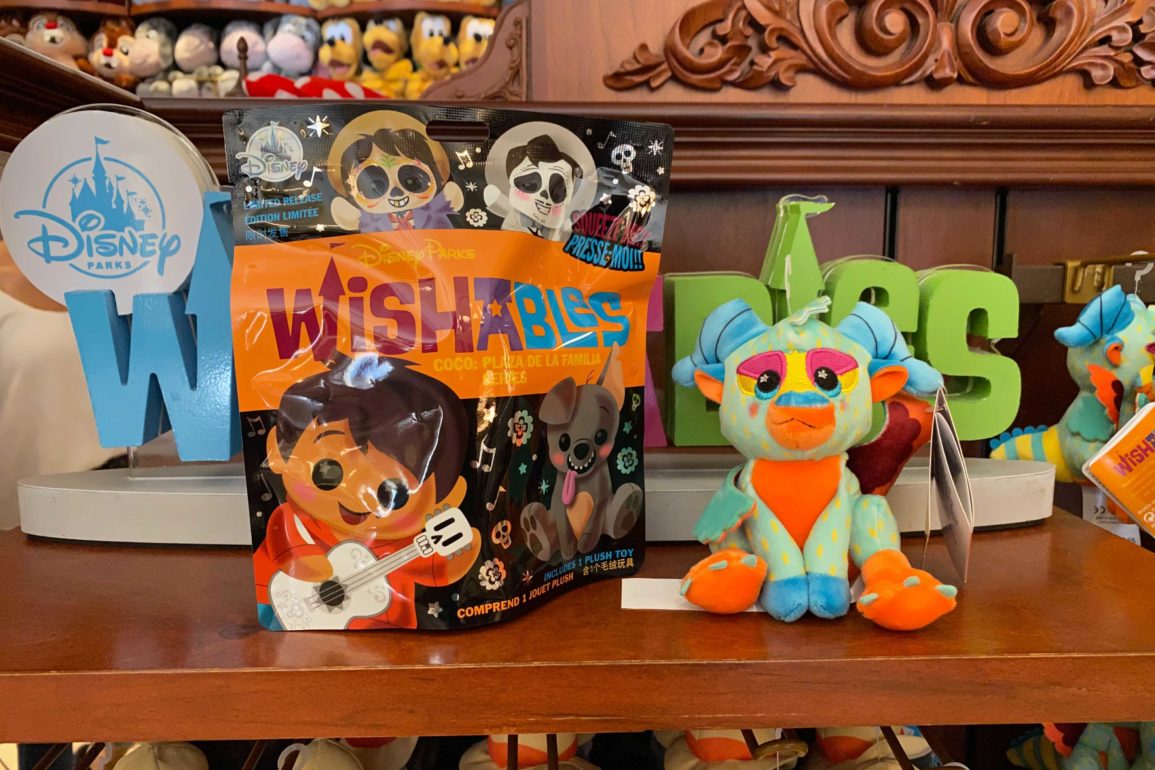 With Fall and Dia de los Muertos just around the corner, there’s a new way for fans to remember the characters of Coco.

The new set of Wishables from the “Plaza De La Familia” series have arrived at Walt Disney World.

The set consists of four characters being sold as mystery plush, as well as an open plush of Pepita. The blind bags quickly sold out upon its release on shopDisney.

The mystery series consists of Miguel (complete with guitar), Héctor, Ernesto de la Cruz, and Dante, who is also the chase character in his alebrije form.

Who doesn’t love Dante, especially when he’s made even more adorable as a Wishable.

Pepita shows off how colorful alebrijes, or spirit animals, can be.

The Wishables retail for $9.99 each, with one mystery plush sold per bag. These are a limited release collection, so if you want to bring these into your familia, don’t miss out! We found these in the Emporium in the Magic Kingdom.

Which Coco character is your favorite? Let us know in the comments!

Next
“The Mandalorian” Season 2 to Debut on Disney+ October 30