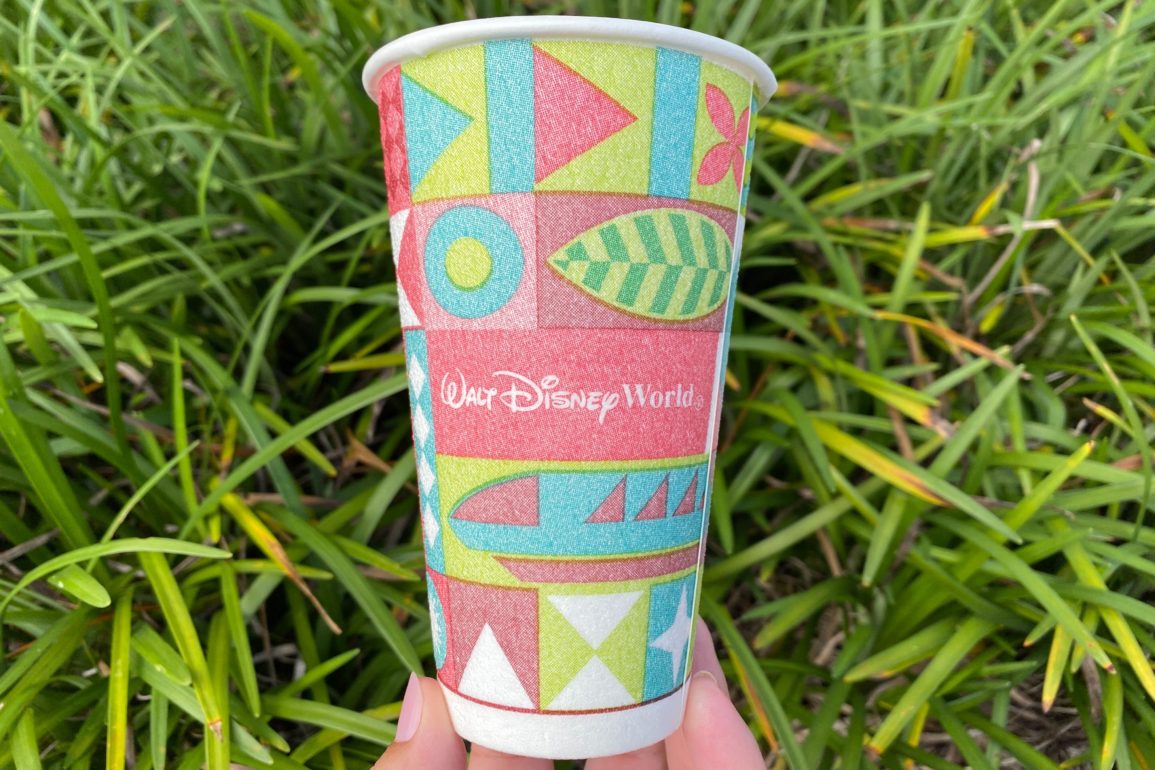 These new cups were designed by Disney artist Jeff Granito, whose work is recognizable for its bold blocks of bright colors. Mary Blair is perhaps most known for her design work on “it’s a small world” and you can see how Granito was inspired by her colorful work.

While the old cups featured the main four Walt Disney World park icons, these new cups have several more Disney icons, including the Monorail, a Disney Cruise Line ship, and a Mickey balloon.

The old cups were also a dark red to match the Coca-Cola branding, so it’s nice to see some fun pastel colors.

We found these at Disney’s Pop Century Resort, but we expect to be seeing them appearing all around Walt Disney World Resort. What do you think of the new design?

REVIEW: Lightsaber Churros Strike Back at Disney's Hollywood Studios for May the 4thMay 4, 2022
BREAKING: Hong Kong Disneyland Closing For At Least Two Weeks Due to COVID-19January 5, 2022
Finding Nemo Submarine Voyage Nears Resurfacing as Water Returns to the Disneyland AttractionMay 13, 2022

Next
PHOTOS: Latest Roof Construction at Guardians of the Galaxy: Cosmic Rewind in EPCOT