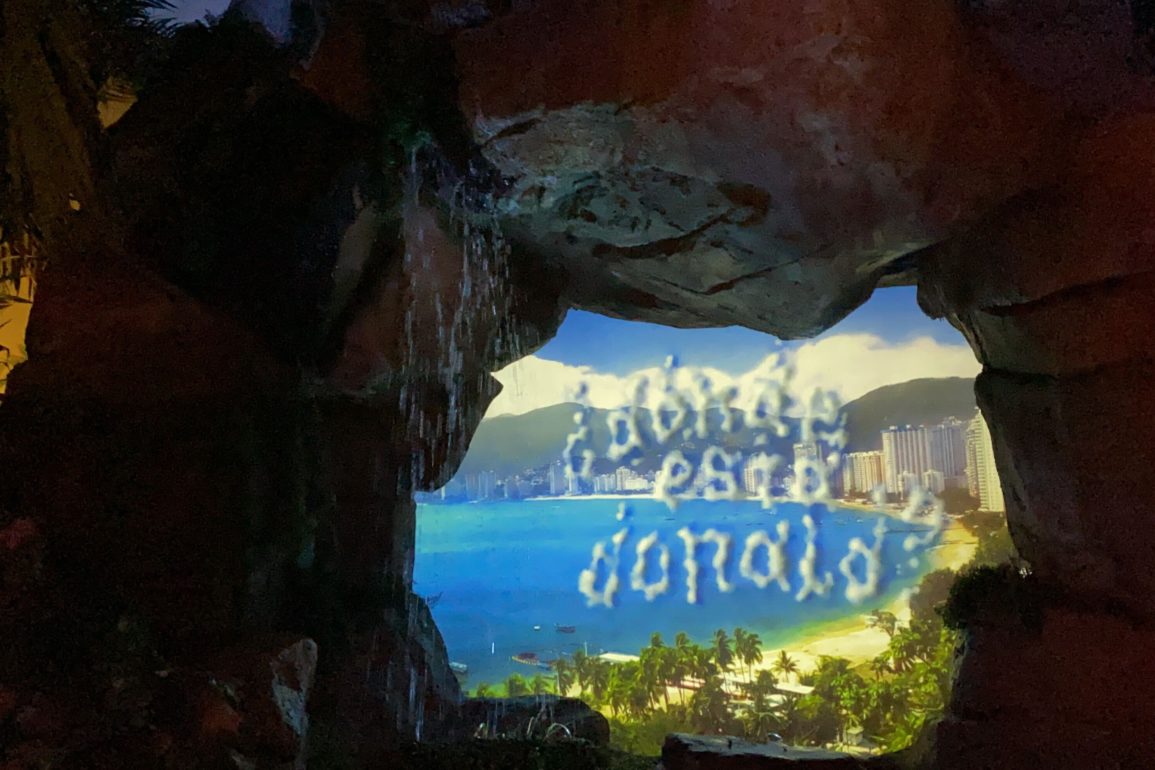 After being broken for several years, a waterfall effect in the Gran Fiesta Tour at EPCOT has finally been fixed.

The effect is on the left-hand side of the ride, after the first room full of traditional Mexican dolls and decor.

The effect takes place in front of the screen that says “¿dónde está donald?”

This fix comes in the wake of the now-infamous malfunction of the attraction’s José Carioca audio-animatronic. It’s possible that after restoring José to working order, Disney decided to fix up other issues on the ride as well. This may also just be part of a new initiative to fix long-broken effects, such as a Br’er Rabbit animatronic in Splash Mountain.

Whatever the case, we’re glad to see details like this being refreshed and restored. You can watch a video of Gran Fiesta Tour’s restored waterfall effect below.