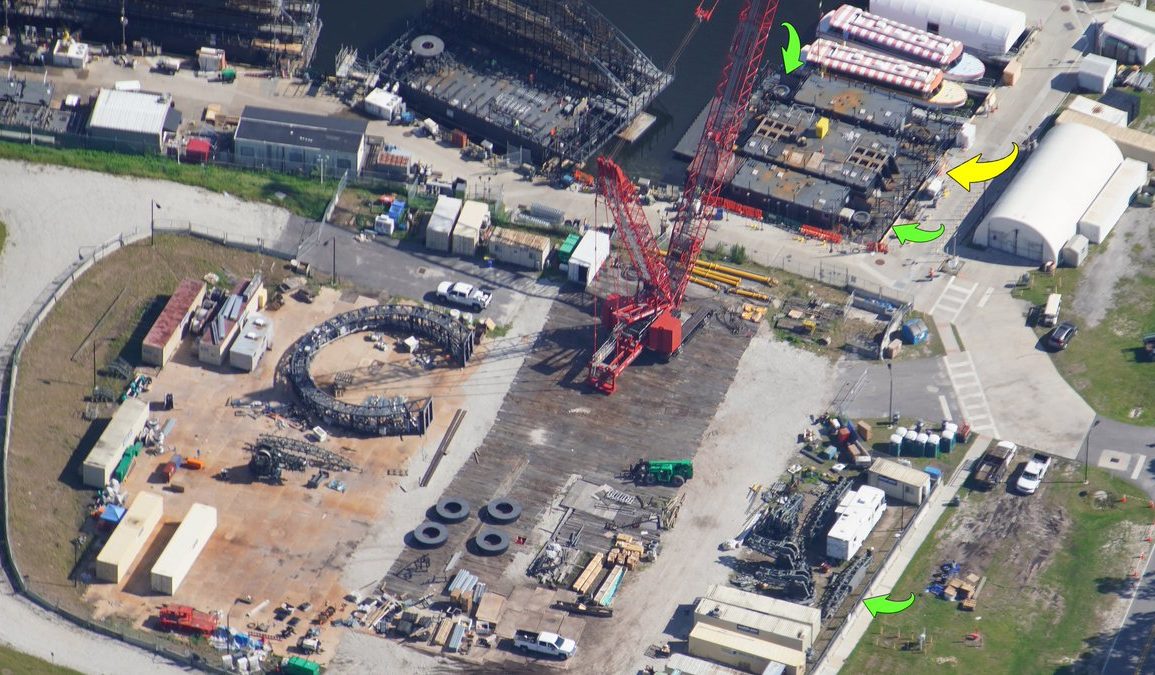 EPCOT is the center of Walt Disney World Resort construction, with multiple projects underway. In addition to what can be seen by guests, work is continuing backstage on the barges that will be part of the “Harmonious” nighttime spectacular. The new show will take place on World Showcase Lagoon. Twitter user bioreconstruct shared photos showing the current state of the multimedia barges.

Unlike nighttime spectaculars like “Fantasmic!” and the now-defunct “Rivers of Light,” “Harmonious” will not project images on water. Instead, it will use screens and other features installed atop floating barges.

The barges are being constructed backstage, in the dock area just behind the China Pavilion. In this aerial photo, we can see four barges in the water. Other elements to be installed are on dry land. The arrow illustrates the location of the video screen.

The arrow callouts here draw attention to the future location of the ring seen on land. The photo clearly shows the openings in the barge deck. The ring will likely attach here; the opening will allow for wiring.

The green arrow in the photo’s lower-right points to a rotating arm that will also be attached to a barge.

Originally scheduled to debut late this year, the “Harmonious” project was on hold during the park closure. Construction seems to be running at full speed now.

Are you looking forward to this elaborate nighttime spectacular? Tell us what you think about “Harmonious” using the comment feature below.