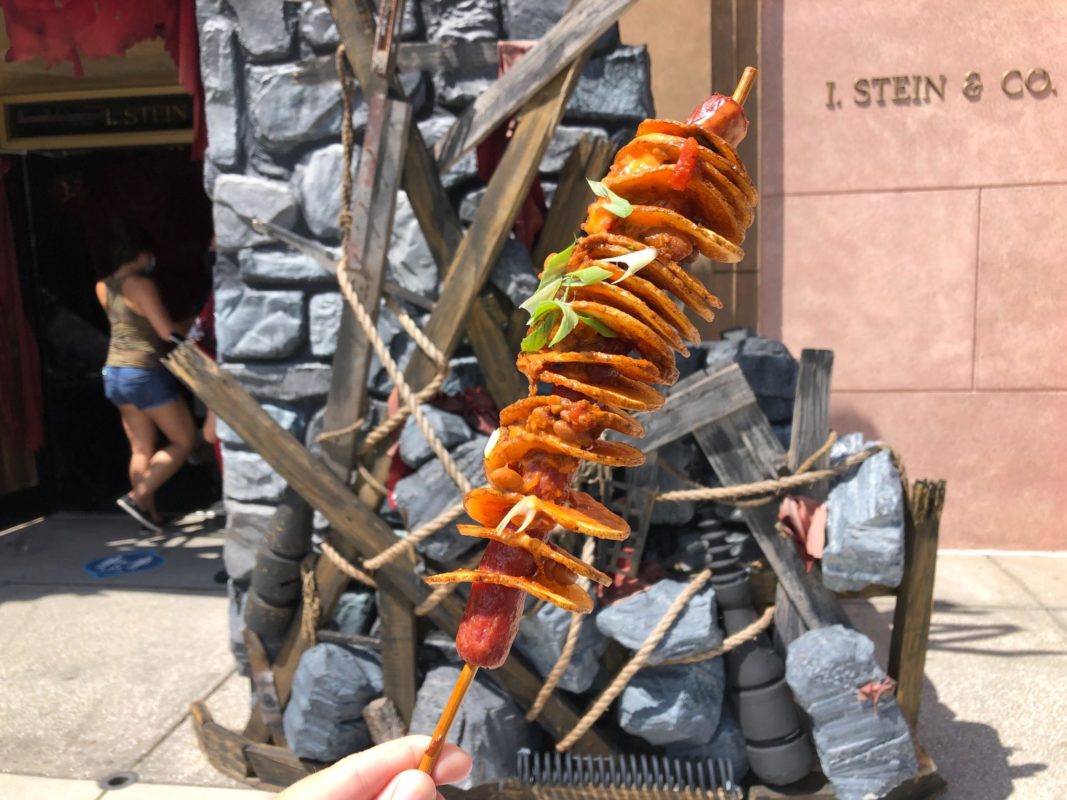 After getting tricked at Universal Orlando’s two new haunted houses, you might want to grab a treat. Thankfully, two food trucks have opened up in the New York section of the park near the houses. First, we’re hitting up the Twisted Tater truck for a Halloween Horror Nights classic—this time, with a gory twist.

Team Members were still setting up early this morning for the start of Premier Passholder previews. They’ll be available throughout the weekend’s Halloween festivities as well.

A paper menu outlines the available items. Twisted Taters are a regular Universal treat with a spiral of potato slices on a skewer. The Twisted Frank-N-Coils have hot dogs in the middle, with “blood and guts” in the form of chili queso drizzled over it.

The Twisted Frank-N-Coils with Blood and Guts will run you $14.99 and is truly a monstrocity with a long frank covered in spiralized tater. In between each layer, you’ll have bits of chili cheese and chives dripping everywhere.

While the snack comes served on a stick, you may want to grab some napkins or cutlery, because it’s going to be messy.

The beans and queso sauce add a nice extra flavor, but the crisp, savory taters are the star here.

The Frank-N-Coils are more of a meal with the hot dog in the middle, compared to just the tater version, which is more along the lines of a snack. Still, if you’re looking for something hearty, this is a good option that’ll definitely get you in the festive mood (and get you through the haunted house lines.)

What do you think of these food truck meals? Let us know in the comments.