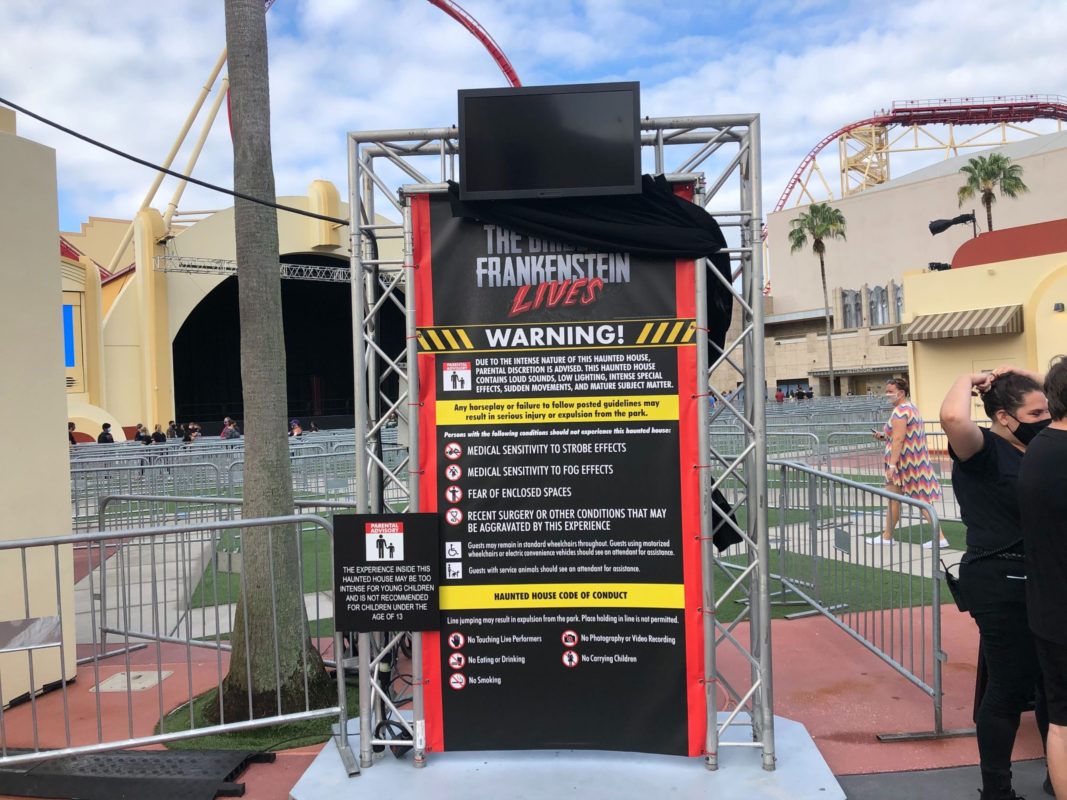 Today marks the opening of Universal Orlando’s two haunted houses for a Premier Passholder preview. We secured our reservation and got to visit the houses just after they opened.

Given that these houses are available with regular daytime admission for the first time, additional parental advisory signs have been placed near the entrances.

The sign for The Bride of Frankenstein Lives warns guests of strobe effects, fog effects, and enclosed spaces. Photos and videos are strictly prohibited inside the house. Guests must not touch live performers and cannot be carrying children.

There are multiple safety measures in place to maintain social distancing inside the house. Each party will receive one glowstick when they enter the house and must keep it visible at all times. Team Members inside the house can then better distinguish between each party and control the flow. There is Plexiglass in front of scare actors as a barrier of protection between them and the guests.

At the end of the house, Team Members recollect the glow sticks back and sanitize them to be reused.

This house was great visually with a lot to look at and plenty of scare actors, more so than at Revenge of the Tooth Fairy. The general aesthetic of the house is that of a laboratory, with the bride seen relentlessly trying to bring back Frankenstein from the dead. The Plexiglass was noticeable though, so we knew when something was coming, which made it less scary. A few scare actors were wearing face masks, including the bride herself at the beginning of the house.

Will you be visiting Universal Studios Florida this weekend and entering the Universal Monsters: The Bride of Frankenstein Lives house? Let us know in the comments.