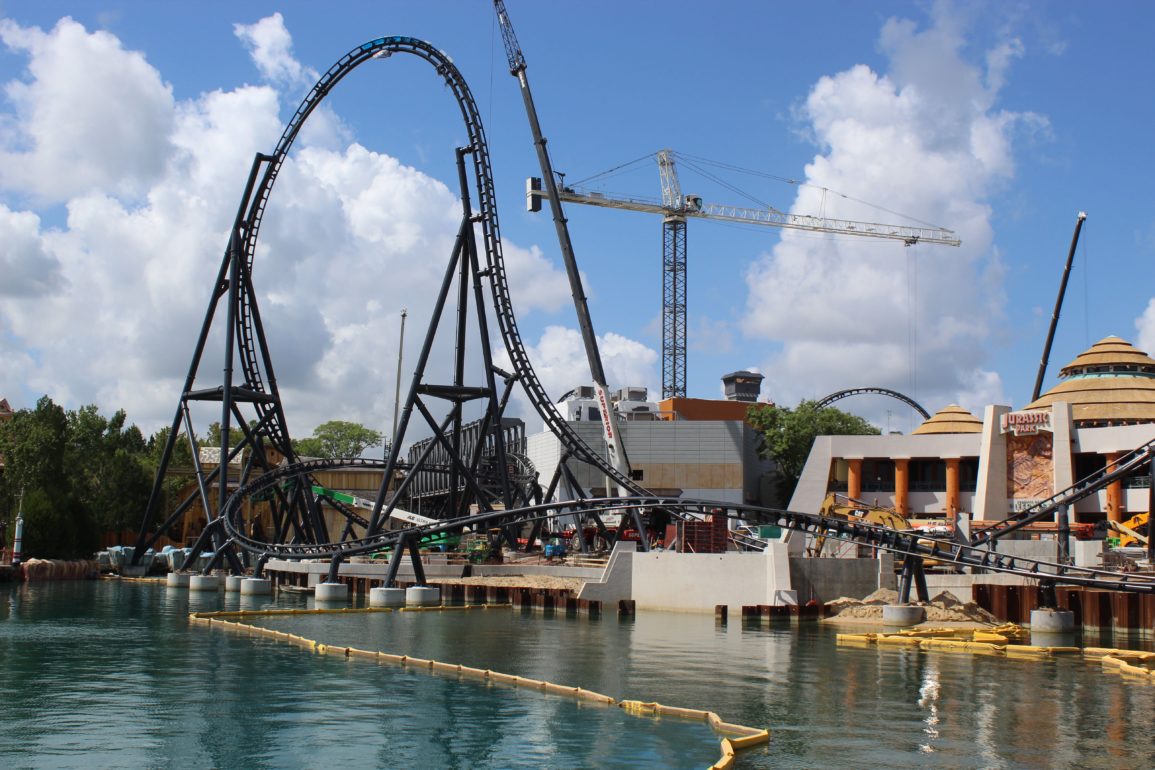 On Friday, Universal Orlando Resort finally announced the VelociCoaster that we’ve been watching come together at Universal’s Islands of Adventure. But soon after, the announcement was removed from the Universal Orlando website.

The coaster was mentioned at the end of the paragraph on the site’s Jurassic Park page.

Then feel the rush of the hunt as you race through the jungle alongside raptors on the Jurassic World VelociCoaster, a new species of roller coaster coming Summer 2021.

As of today, the sentence about VelociCoaster is now gone.

We don’t know why Universal added the sentence and then quickly removed it. It’s possible the post was issued early, as many speculate the official, full announcement to be issued this week.

That being said, the coaster is coming along quickly, with the track completed, dinosaurs added, vehicles being tested, and most recently, raptor eggs placed.

We look forward to hearing more about the coaster as we near its opening, whether that be Summer 2021 or another timeframe.

Are you excited to ride the Jurassic World VelociCoaster? Let us know in the comments.