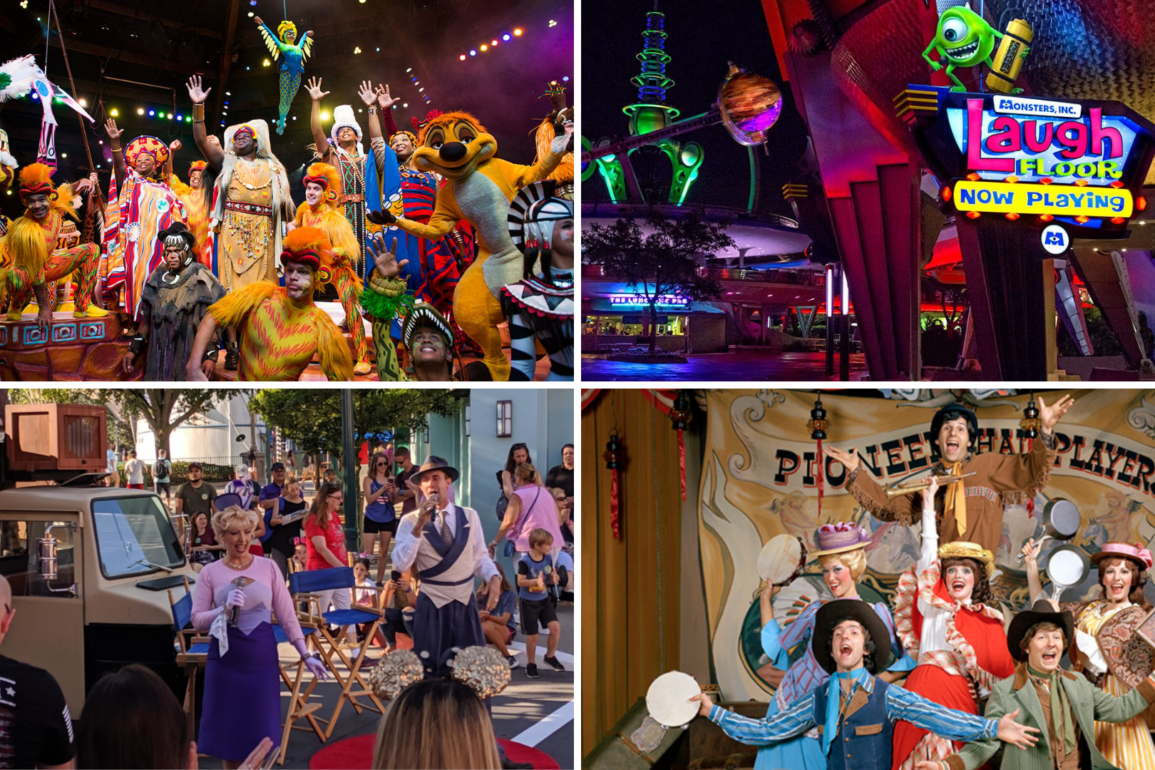 Bettina Buckley, Vice President of Walt Disney World Resort Live Entertainment, has released a statement regarding mass layoffs in the Entertainment division at Walt Disney World, in response to public outcry due to the gutting of shows and performers across the theme parks and resorts. The statement addresses the “difficult decision” to lay off hundreds of performers across the resort, while touting the few entertainment options that are still available.

We here at WDWNT are distraught at the gutting of live entertainment across Walt Disney World, since these performers—along with frontline Cast Members—brought the parks to life every single day. For a full list of shows and performances recently impacted by the mass layoffs, click here.

Walt Disney World Resort offers a treasure trove of experiences for guests of all ages. We recognize that part of the magic of visiting any Disney park is seeing favorite Disney friends and discovering one-of-a-kind shows and performances. Since reopening, we’ve continued to offer modified character experiences and entertainment throughout our resort, while also taking the appropriate steps for the health and safety of our guests and cast members.

Recently, we’ve had to make some difficult decisions to reduce our workforce as the business impacts from the Covid-19 pandemic have become more long-lasting than anyone could have predicted. As a result, we’ve had to pause many live shows and entertainment experiences at our resort for longer than originally anticipated.

While it’s impossible at this time to fully replace the incredible entertainment that existed throughout our parks before the pandemic, we are offering live entertainment in new ways wherever possible, including character cavalcades in all four parks and pop-up appearances, like discovering Joy from “Inside Out” frolicking on the lawn near the Imagination! pavilion in EPCOT. Additionally, we’re featuring modified shows such as the popular “For the First Time in Forever: A Frozen Sing-Along Celebration” at Disney’s Hollywood Studios and live musical performances like the Main Street Philharmonic in Magic Kingdom or the Discovery Island Drummers at Disney’s Animal Kingdom. This extends to our seasonal offerings, with Halloween underway and the holidays right around the corner. In fact, the fan-favorite Voices of Liberty are set to make their return and join the JAMMitors and Mariachi Cobre at the American Gardens Theatre during the upcoming Taste of EPCOT International Festival of the Holidays, beginning on Nov. 27.

Determining which shows can return and when is a complex process. As with the rest of our phased reopening, we will also consider the guidance of health officials and government agencies in determining when the time will be right to adjust capacity, and as soon as it is appropriate, we will start to bring additional entertainment back.

Like most of our fans, we know that our beloved entertainment cast are an incredibly special and essential part of the Disney experience.  We look forward to the day when we can welcome back more live entertainment to our parks, and we will share more news about these announcements as we’re able to do so.

The Walt Disney Company restored the salaries of its Senior Executives in late August,when thousands of Cast Members were still on furlough.

We at WDWNT are supporting these Cast Members as much as possible. You can help too! Tune in to our 65-hour broadcast on Thanksgiving weekend and help raise money for the Cast Member Pantry.

Previous
10,000 Disneyland Resort Cast Members to be Laid Off, Email Notices to be Sent This Sunday

Next
PHOTOS: Horses of Circle-D Ranch at Disneyland Resort Dress Up For Halloween