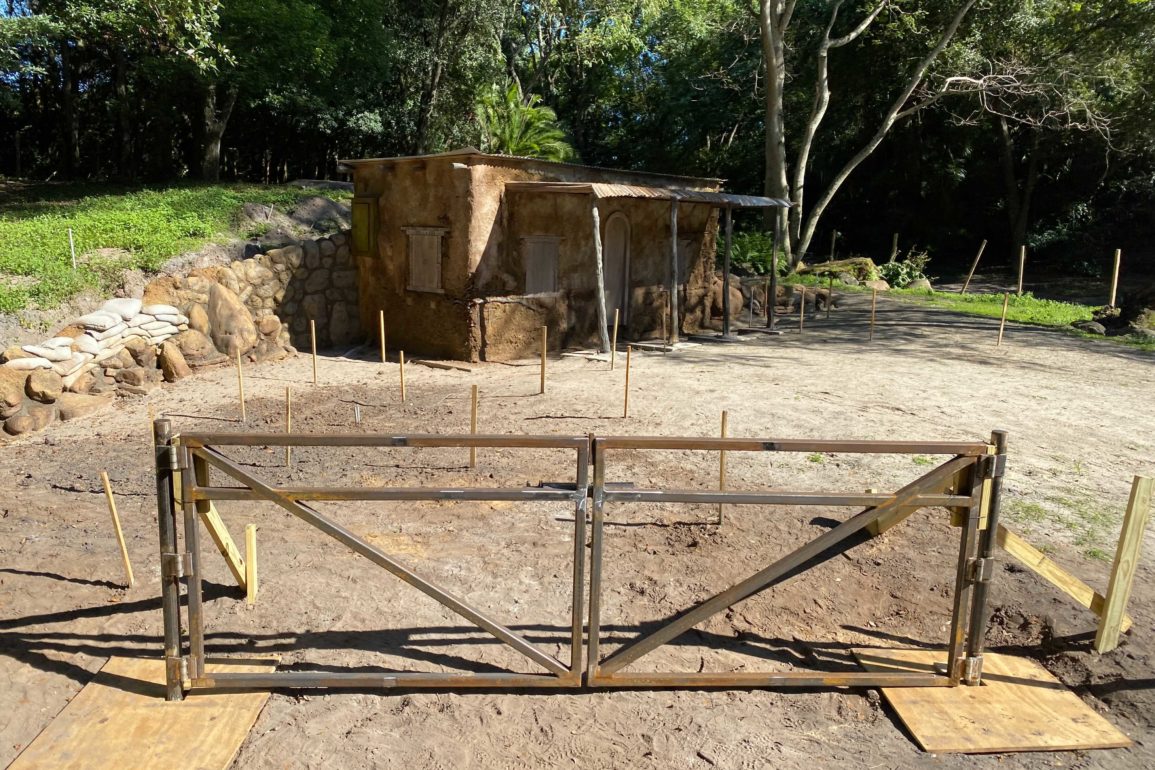 Construction has been pretty slow over at the site of the future goat exhibit at Kilimanjaro Safaris lately, but a new addition has us feeling pretty “gate!”

But before we get to the big addition, we also noticed that more wooden poles now line the pathways around the exhibit

And as we move towards the exhibit, we can see that even more poles of varying lengths have been placed in the dirt area around the shack.

But now we get to the big addition: a large gate has been added on the left side of the exhibit.

It’s already got that weathered, rusty look that adds to the organic feel of the attraction.

The placement of the gate, along with the positions of some of these poles, suggest that fencing could be added around the perimeter, which would help keep the goats safe from the oncoming safari vehicles.

There’s a chance that even more could be constructed in the exhibit space behind the potential fencing, though it seems too early to tell at this point.

As our pictures indicate, the poles are pretty evenly spaced out, lending more credence to the idea of a fence being added.

They continue on to the pathway on the right side as guests move on to the next part of their adventure. Hopefully, this means that work should ramp up soon.

Keep reading WDWNT as we continue to cover the construction of the exhibit, including when it officially opens!