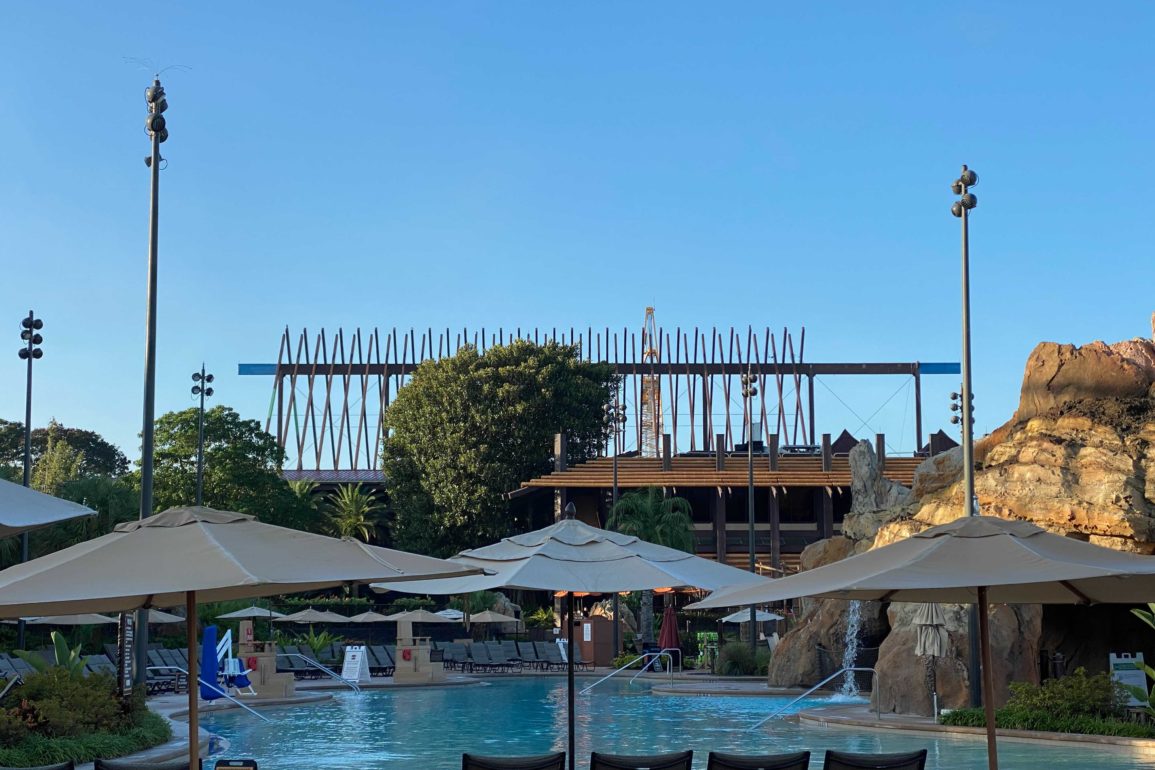 Disney’s Polynesian Village Resort is receiving a makeover, currently focused on the Great Ceremonial House. Yesterday, crossbeams from the iconic roof began to disappear, and today even more are gone.

The structure looks odd right now as crossbeams have only been removed from one side.

As seen in concept art for the refurbished resort, the roof will still feature some crossbeams. Disney is aiming for a cleaner design:

The Great Ceremonial House will continue to include the architectural detail of the crossbeams, though fans who look closely will notice fewer beams, creating a more sophisticated, cleaner design.

The monorail station is still operational, but will close temporarily beginning next month. Monorails will still go through the station but will not stop.

There’s a crane parked out front for removing the crossbeams.

In addition to the refreshed Great Ceremonial House, the resort will get Moana-themed rooms before it reopens next summer, though we likely won’t get a look at those for some time.