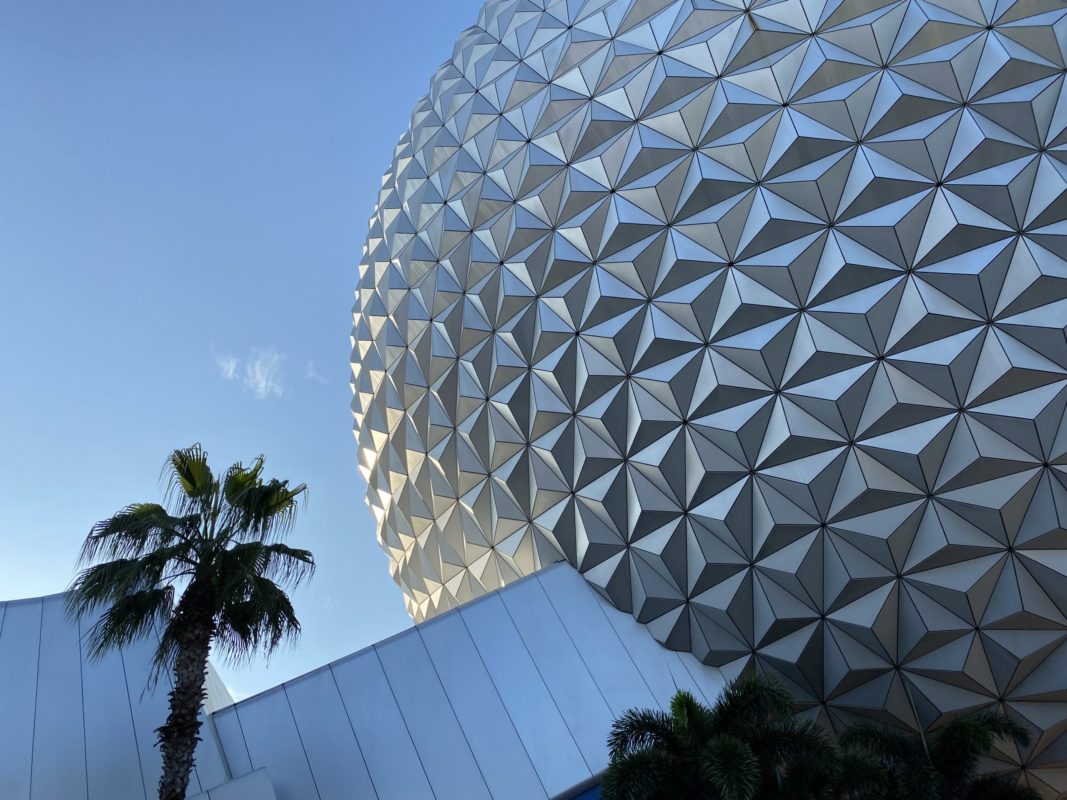 Hello from another beautiful day here at EPCOT! With only a week left of the Taste of EPCOT International Food & Wine Festival, we took some time to enjoy our favorites from the Festival as we searched for what’s new around the park. We took a stroll around World Showcase and are excited to bring you all of our findings, so let’s get started!

It was a quiet day for construction updates, but we did find a bit of a “destruction” update. A window at the former location of the Art of Disney in Innoventions West has been broken, and appears to have been done so from the inside. The tinted glass makes it hard to tell what exactly is going on inside, but it looks like something may have fallen over inside, contacting the window and shattering the glass.

Moving on to World Showcase, we found a shirt in the Canada Pavilion that caught our eye. This red unisex style shirt features the Canada flag on the front breast pocket.

On the back, overtop of a maple leaf, are all the provinces of Canada. We found this shirt in the merchandise cart of the Canada Pavilion for $29.99.

As we walked on, we saw that not only was the Mill Stage uncovered as we had seen it recently, but crowd barriers, social distancing markers, and equipment on the stage had been set up. The sign out front of the stage still remains blank.

The JAMMitors, who have been performing at the American Gardens Theatre in American Adventure along with Mariache Cobre, have moved their performances here. They were slated to move here for the Taste of EPCOT International Festival of the Holidays, but appear to have made the move a bit early. Their show now features jokes tailored to their new location. For more pictures and video of their show, see our article here.

Elsewhere in the United Kingdom Pavilion we found that Christmas had arrived in the form of window displays at some of the temporarily unavailable shops.

The same was true next door at the France Pavilion, with this beautiful display in one of closed shops nearest the Remy topiary.

Further into the Pavilion, some of the closed shops have had their windows covered in black plastic, as other closed shops across the parks have had.

Moving around the World Showcase, we found more favorite snack news. The menu at Kringla Bakeri og Kafe has been doubled, bringing back the Triple Chocolate Chip Cookie, two flavors of Kake, and, most importantly, the fan favorite Troll Horn.

With the Bakeri now open seven days a week as well, you can get your favorite treats anytime you want. We’re so happy to see so many of these menu items returning!

We had a great day at EPCOT, and we hope you had a good time coming along with us. Have a magical day!