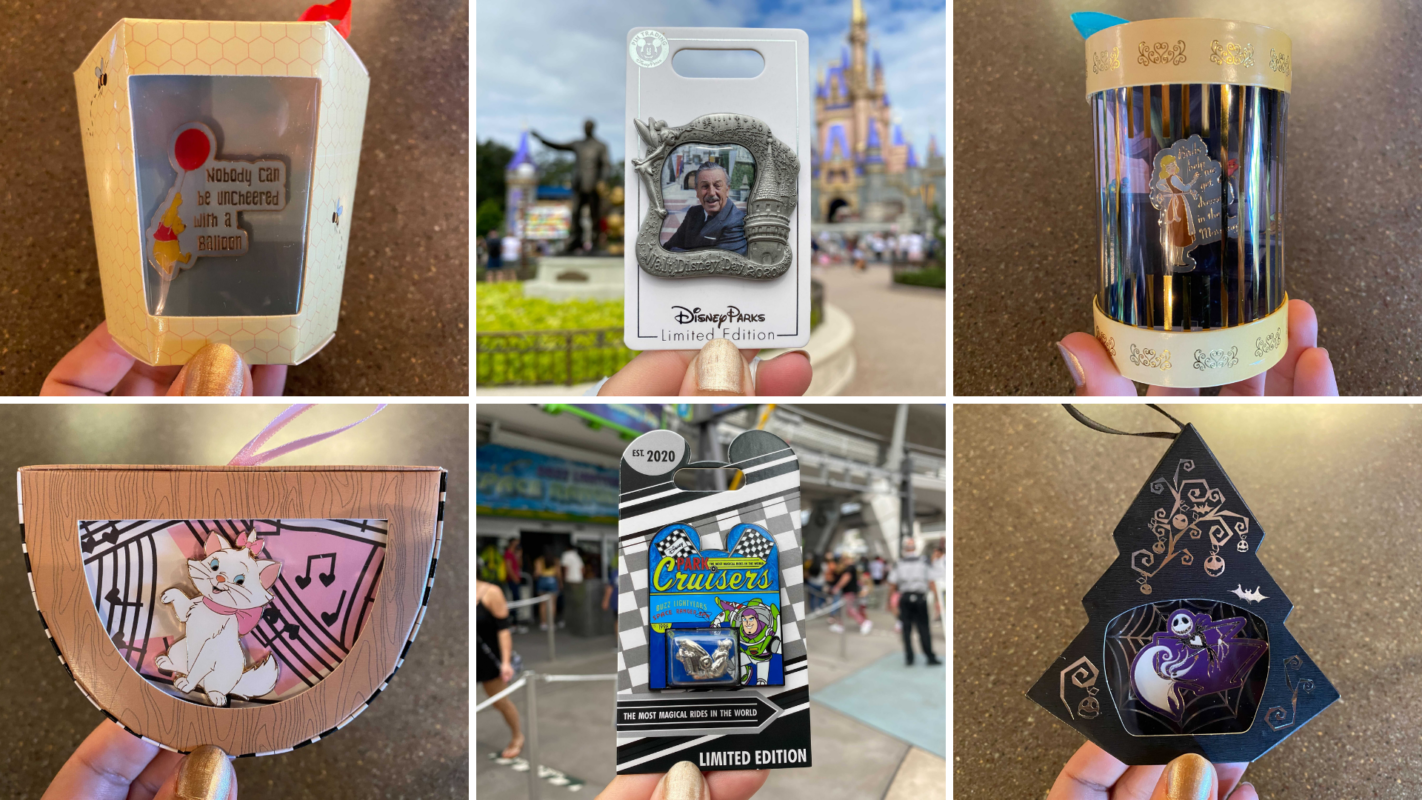 These unique holiday gifting pins, which first debuted last year, each come in a special themed box, which can also be used as an ornament.

We found these new pins at Frontier Trading Post in Magic Kingdom.

Check out the full list of new and upcoming pin releases at both Walt Disney World and Disneyland. What pins will you be adding to your collection? Let us know in the comments.

New Floral Minnie Ear Headband Springs Into Disneyland ResortFebruary 21, 2022
WATCH PARKSCENTER — Cosmic Rewind Reviews, MagicBand+, and a Discussion of the State of EPCOT!May 8, 2022
BREAKING: Pirates of the Caribbean Reopening at Disneyland on July 1May 19, 2022