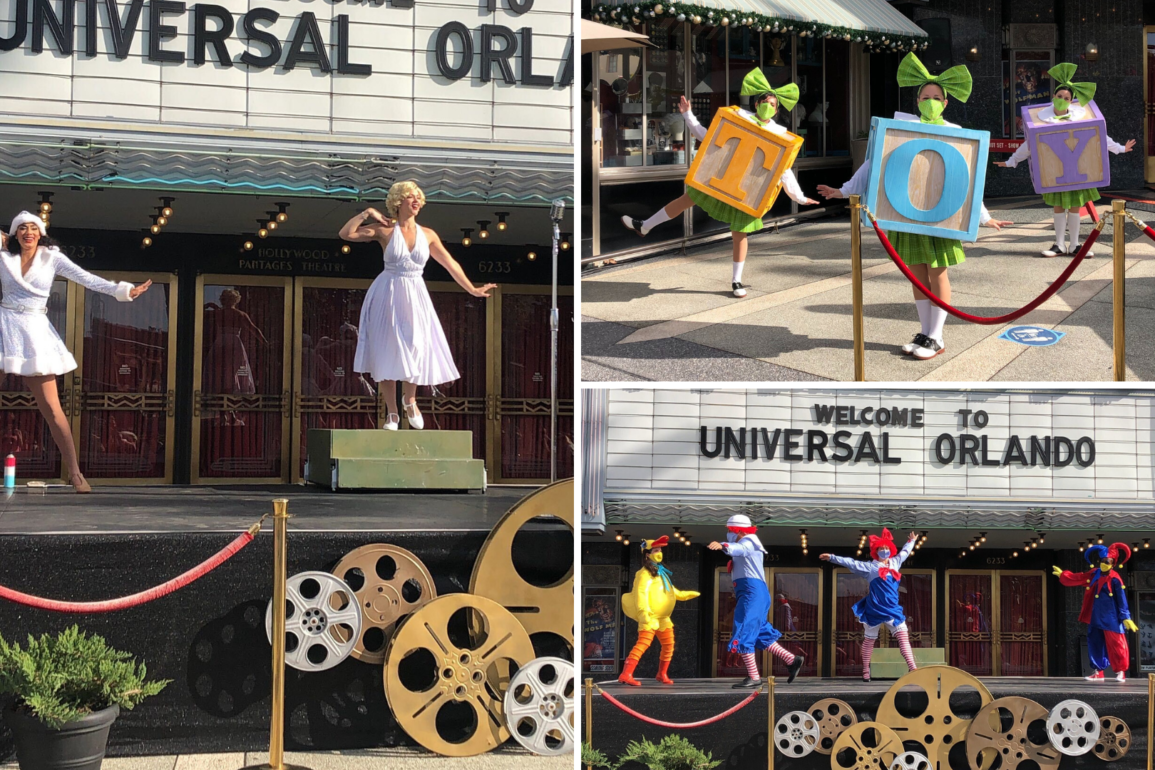 Universal Studios Florida is giving guests a constant stream of Christmas-clad characters now that the holidays have officially begun at the parks. We saw Shrek and Madagascar in “Universal’s Holiday Character Celebrations.” Now, more characters have taken the stage to join the holiday fun.

The building blocks characters are able to spell “joy” and “toy.” What a clever idea!

A robot and clown joined as well. The building blocks, robot, and clown performed to the side of the main stage. You can watch their full performance in the YouTube video below:

Raggedy Ann and Andy were joined on stage by a jester, a duck, and a wind-up toy.

The characters entertain the crowd.

Shortly after the toys finished their performance, a Hollywood legend took to the stage.

Marilyn Monroe was joined on stage by the Diamond Bellas . Marilyn is wearing her signature dress from The Seven Year Itch while the Bellas are decked out in snowy white wintertime ensembles with fur trim. You can watch their full performance in the YouTube video below:

Are you looking forward to seeing more characters with a Christmas twist around Universal Orlando Resort? Let us know in the comments below!

Next
PHOTOS, VIDEO: The Hogwarts Frog Choir Returns to Universal’s Islands of Adventure with Holiday Show