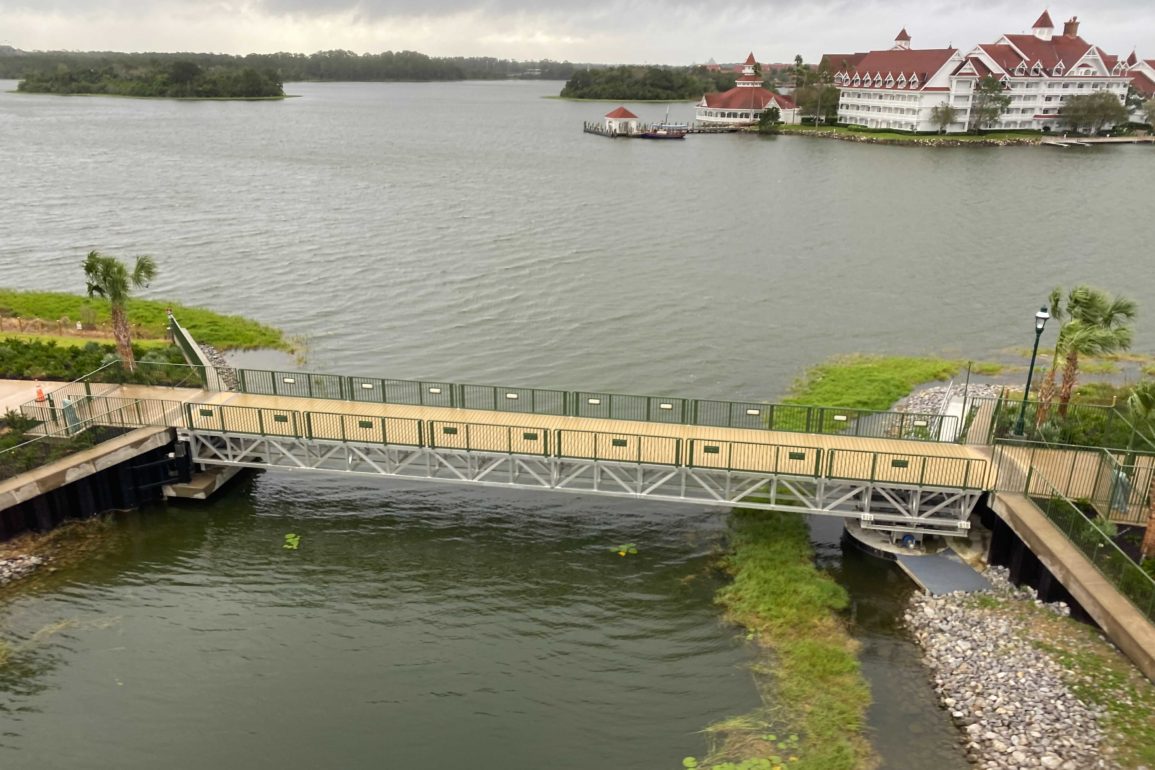 PHOTOS: Walkway Between the Magic Kingdom and Disney’s Grand Floridian Resort Near Completion

The walkway connecting Magic Kingdom and Disney’s Grand Floridian Resort & Spa seems poised to open soon. Lampposts have been installed along the sidewalks and the bridge is fully operational.

Fencing has also been erected between the sidewalks and the Seven Seas Lagoon.

The swing-arm bridge can move to allow boats in and out of the canal.

The lampposts on the Magic Kingdom side are different from those on the Grand Floridian side, to better match theming.

While this dirt area remains, it has been cleaned up a lot as construction finishes.

The grass where a ramp once connected the sidewalk to the Monorail station has been fixed up some.

There’s another dirt area where the walkway ends.

The sidewalk leads straight up to a construction wall.

While there’s no official opening date, we expect this walkway and the new resort launch dock to open around the same time.

Are you excited to take a stroll between Magic Kingdom and Disney’s Grand Floridian Resort & Spa? Let us know in the comments.