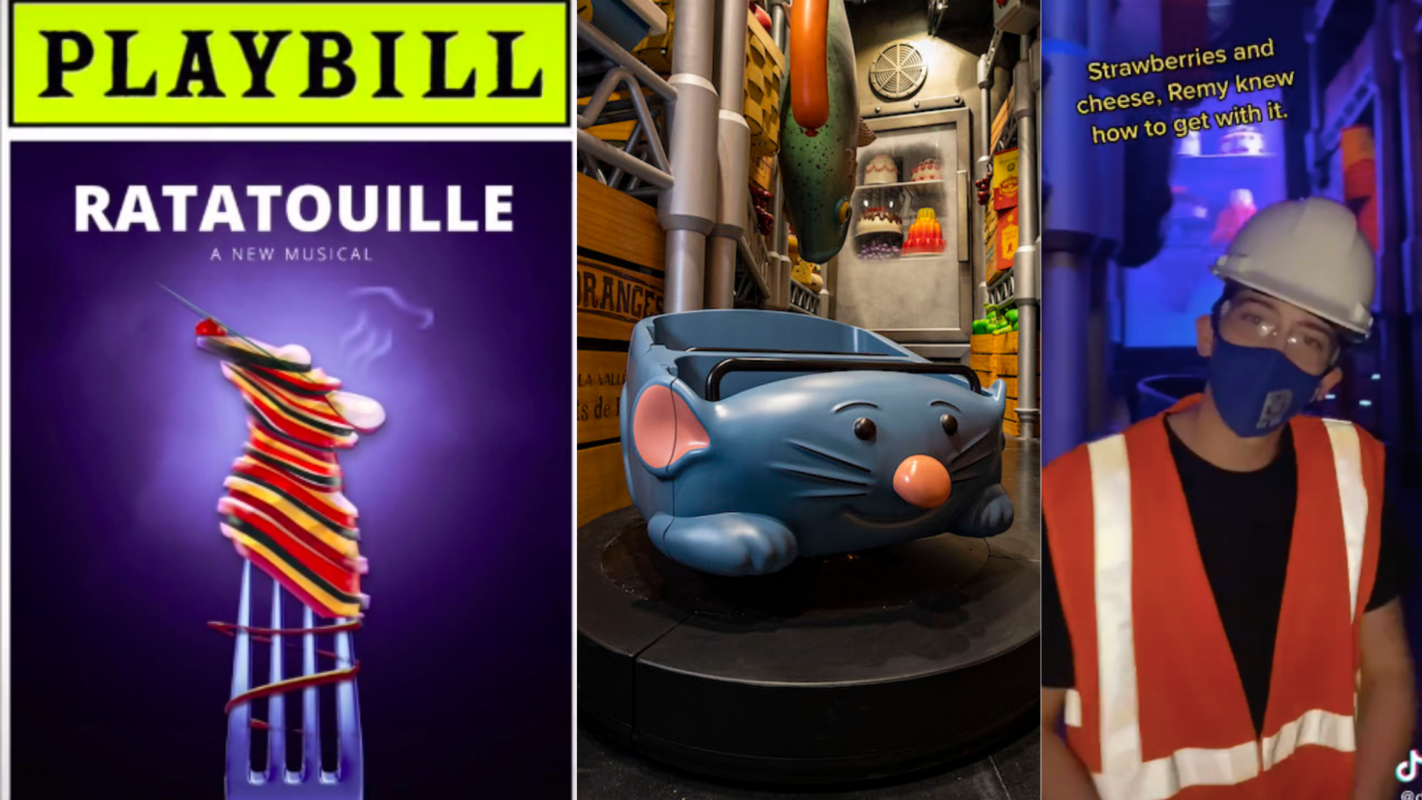 If you’re not on TikTok, you may have missed the recent viral trend calling for a Ratatouille musical. TikTok creators have been writing and performing their own musical numbers inspired by the Pixar film, and posting them using the hashtag #ratatouillemusical. Disney Parks has now responded with their own “official audition” for the fake musical.

In the Disney Parks TikTok video, Milo Manheim and Pearce Joza, stars of the Disney Channel Original Movie Zombies 2, perform their own Ratatouille rap from inside the Remy’s Ratatouille Adventure attraction at EPCOT.

The actors are in construction gear and masks. They’re performing from the refrigerator set of Remy’s Ratatouille Adventure, and a screen is visible behind them.

Remy’s Ratatouille Adventure was originally planned to open this summer, but was delayed due to COVID-19. It will now be opening in 2021. “The Wonderful World of Disney: Magical Holiday Celebration” will be airing a sneak peek from inside the ride this Thanksgiving Day.