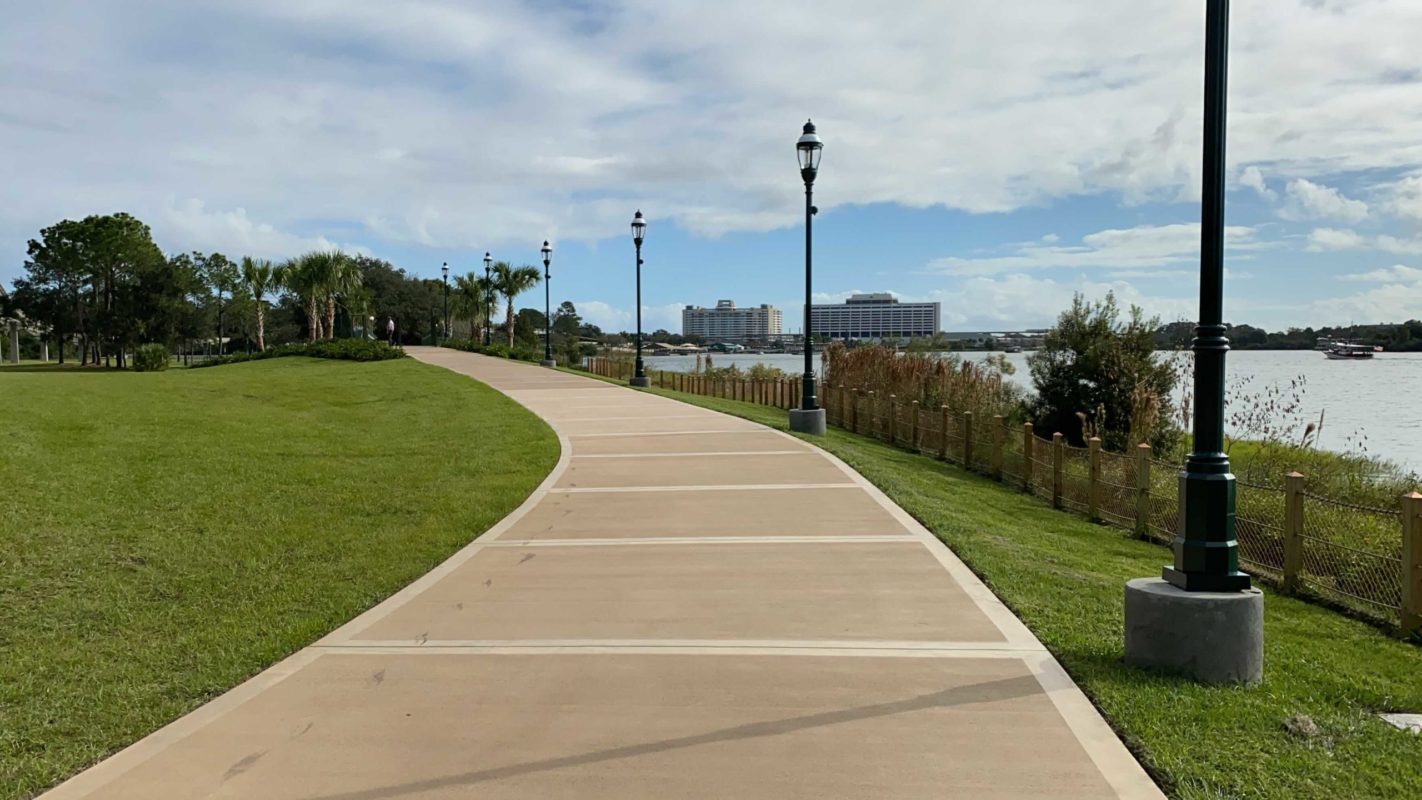 The walk around Seven Seas Lagoon takes ten to fifteen minutes, depending on your pace.

There’s a small stationary bridge near the Grand Floridian Resort.

Walking guests will cross underneath the monorail track.

The second bridge can swing open and closed to allow boats and Electric Water Pageant floats in and out of the canal.

Though we took the walk during the day, there are plenty of lights along the walkway for the evening.

If you need to rest or want to look at the lake for a while, there is a bench before you reach the Magic Kingdom.

The walkway changes to reddish-pink upon reaching Magic Kingdom.

The walkway ends right next to the new resort launch dock, which also opened today.

There are then social distancing markers leading up to a temperature check station.

Watch our video of the full walk from Grand Floridian to Magic Kingdom below.

When walking the opposite direction, there’s a sign next to the dock pointing to the walkway.

While both the dock and the walkway have been in the works for over a year, they will allow for more social distancing, which is a must during COVID-19 restrictions.

Some dirt areas still need to be filled in with grass.

This area, where construction vehicles entered and exited the walkway, also remains to be completed.

Watch our video walking the other direction, from Magic Kingdom to the Grand Floridian Resort & Spa, below.

Will you be talking a stroll on the walkway between Magic Kingdom and Disney’s Grand Floridian Resort & Spa? Let us know in the comments.