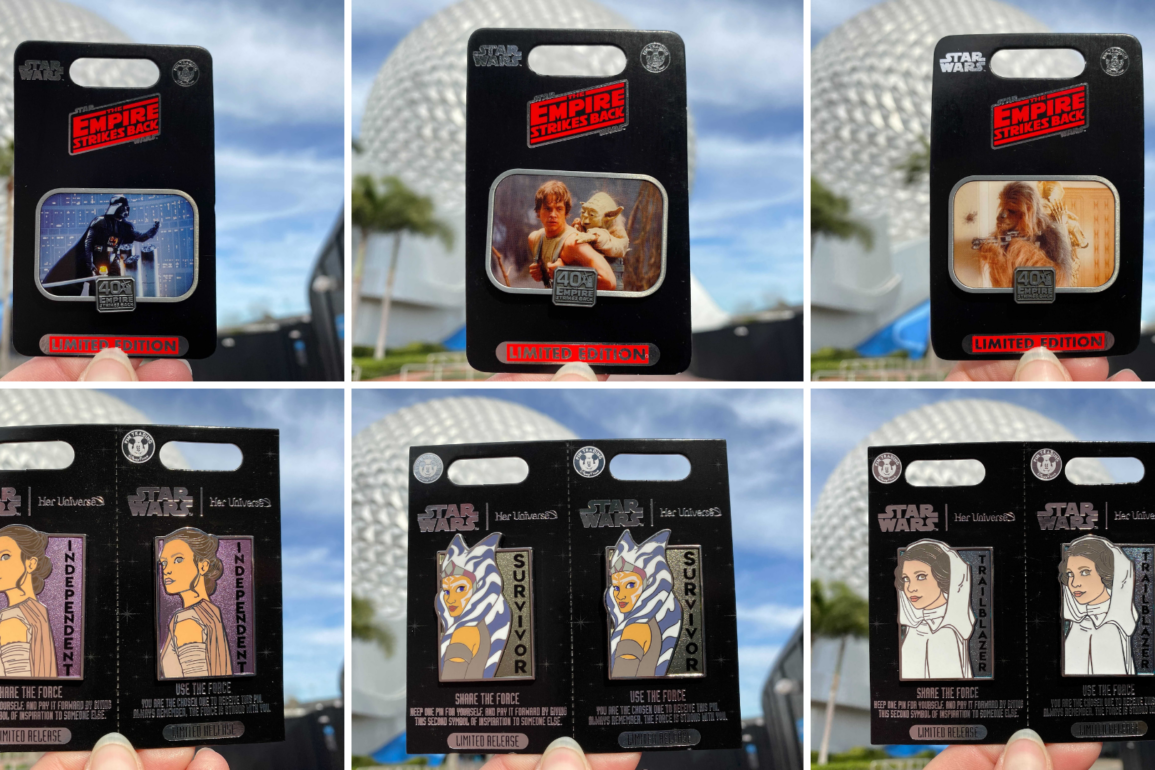 These sets of two identical pins can be torn apart by the perforated middle of the backing card. This way you can “share the force” with someone else. Ahsoka’s pin says “Survivor” on the side.

Princess Leia is next to the word “Trailblazer.”

Finally, Rey is posed with the word “Independent.”

Star Wars: Episode V – The Empire Strikes Back celebrated its 40th anniversary in May, so it took a while for these limited edition pins to arrive in the parks.

There are twelve pins total.

These Star Wars pins can be found in Pin Trading Headquarters at EPCOT. Several other Star Wars pins by Her Universe have been released this month. Which ones are you adding to your collection? Let us know in the comments.