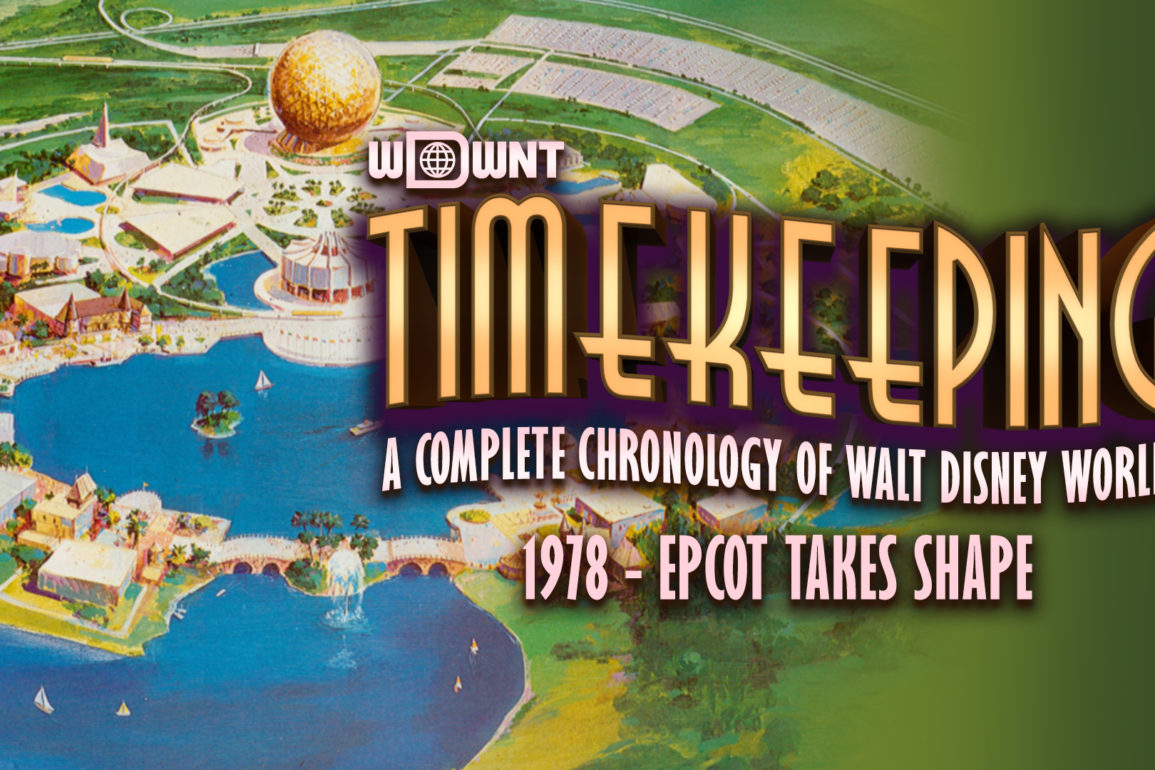 Despite the late 1970s being a fairly stagnant period for Walt Disney World as EPCOT was being developed, the resort continued to boom. Attendance rose 7.8% to over 14,000,000 for the fiscal year. In 1979, the Magic Kingdom park itself did not change much, with the majority of the active changes happening at the resorts.

The changes to the existing resort were few and far between. The Camera Center began to be called the Main Street Camera Center. The main change at the Magic Kingdom was Mickey’s Birthday Parade, which appears to have debuted on his 50th birthday on November 18, along with a special weekend of activities. Treasure Island dropped its pirate theme and became Discovery Island in April. The name was chosen after a Cast contest. Over in the Lake Buena Vista area, the office complex that contained the Sun Bank and post office started operating.

The Polynesian saw significant changes. Oahu opened, adding another 144 rooms to the resort. Along with that expansion came the eastern pool and its complex. This also gave the resort the Snack Isle and Tangaroa Terrace, as well as the Moana Mickey Fun Hut. While not an addition, the Contemporary saw a major redecorating of the Grand Canyon Concourse in a more Southwestern style. Also, it was either in late 1977 or more likely early 1978 that the shooting gallery was installed in the Fiesta Fun Center. This was a mishmash design featuring old west, haunted house, pirate, and dungeon elements all thrown together. The Lake Buena Vista area added 64 villa units.

In 1978, EPCOT Center evolved closer to the plan we would come to know, but pavilions would still evolve and change before the now-set date of October 1, 1982 at a projected cost of $500,000,000. The plan had dropped the figure eight version of World Showcase, making the two themed areas circles of pavilions around CommuniCore (now alternatively referred to as the Future World Mall). The monorail made its now-familiar loop around Future World.

But there were distinct differences. American Adventure was still in Future World, serving as the introduction to World Showcase. The exterior of the building was much more reminiscent of Space Mountain than the grand Georgian mansion that it would become. Energy, The Land, and The Transportation pavilions appeared to be near fully fleshed out and the sponsors were secured, and Spaceship Earth seemed close behind. The other three planned Future World pavilions were less cemented in place and would never end up as opening day attractions: Space Life & Health, and The Seas.

Around the lagoon, World Showcase still contained an outlet to a secondary lagoon on its south side, possibly for future expansion. Ten pavilions were named in the 1978 Annual Report: Japan, the UK, France, Italy, Morocco, the UAE, Mexico, Israel, (West) Germany and Canada. These would be sponsored by a variety of companies and governments including adidas, Cartier, Guinness, Japan Air, and Seiko.

Some of these mentioned specific attraction designs. Canada planned a CircleVision film—note that some of the footage in BOTH versions of O’ Canada dated back to the 1967 Montreal Expo’s Canada pavilion film. Germany planned a river cruise on more than just the Rhine. Israel would have a live musical show. Mexico described a concept very similar to the built El Rio del Tempo. The UAE would host a “magic carpet ride” highlighting Arabic contributions to science. France was not listed as having a film, but the UK was. Japan was set to host “The Winds of Change” which would eventually become Meet the World in Tokyo Disneyland.

Moving into 1979, the focus, now much clearer, was still on EPCOT. Pavilions were rapidly finding their final forms for 1982. 1978 can be described, at best, as an incremental year at Walt Disney World. It also serves to show that even at its quietest times, the resort is changing and evolving in small ways. And those small changes have rippled through time pushing the resort to where it is today.