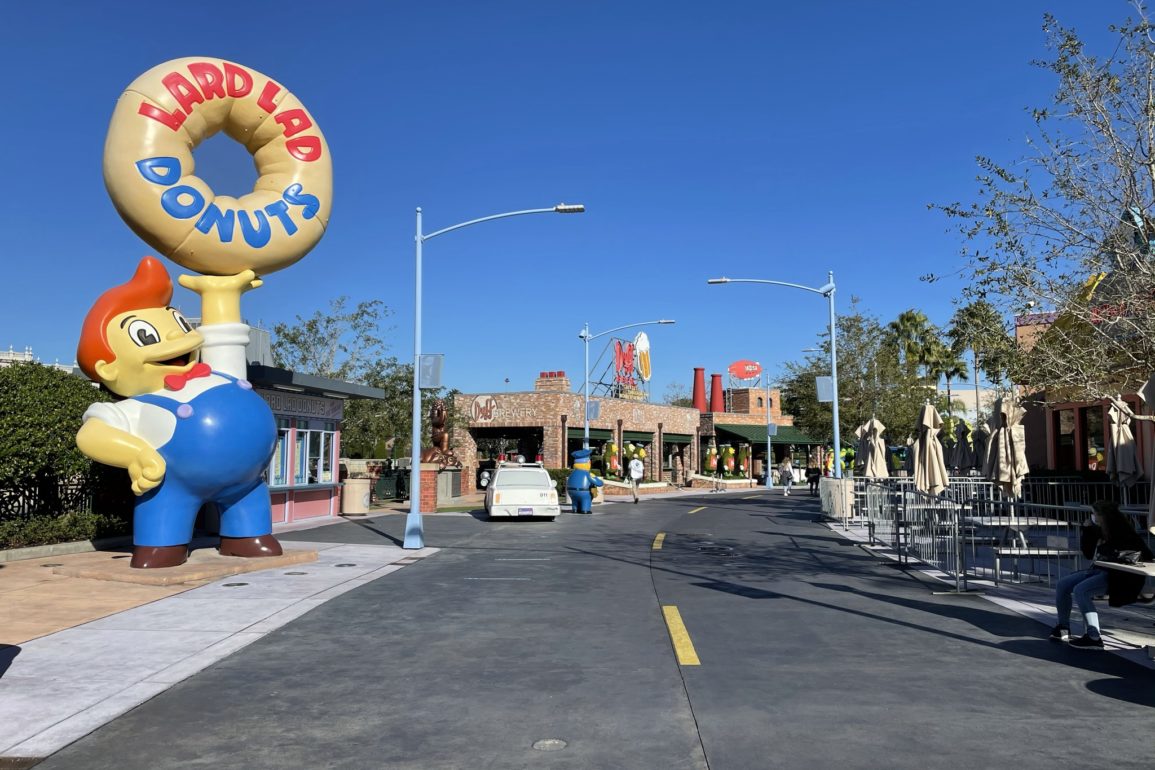 It’s another cold morning here at the Universal Orlando Resort. We arrived bright and early and lined up for Universal Studios Florida first. The lines to get into the park weren’t bad and they moved very quickly once the park finally opened.

Christmas decorations, and the tree, still linger in New York, but the Holiday Tribute Store facade has been removed. We’re missing it already. A hot cocoa bomb would be perfect right about now.

It really pays to get to the park at opening. The wait times were low and the park felt empty.

The first stop of the morning was Diagon Alley, along with everyone else in the park. We had heard that things had changed at the wand experience, so we headed to Ollivanders to investigate.

You can no longer select the witch or wizard that will be “chosen” to participate. When the parks reopened back in June, we were excited that we were allowed to chose the member of our party to interact with the wand keeper. Now, it’s back to the wand keeper selecting someone randomly. You also won’t be the only party in the room. There can be up to two parties, or ten people, in the room at the same time. We were stuck in one corner of the room and the other party was placed in the opposite corner.

We took a quiet morning stroll through Springfield.

The holiday food trucks were still open and serving funnel cakes and arepas.

Speaking of snacks, we stopped into Voodoo Doughnut and found the Charity doughnut is now available. This heart shaped doughnut is filled with a lemon orange Bavarian cream.

Construction continues on the new store in CityWalk. Gray panels have started to go up around the outside of the building.

Over at Islands of Adventure, the last of the Who-liday decorations have been removed from the entrance of Seuss Landing. We’re already counting down the days until we can meet the Grinch again!

Hagrid’s Magical Creatures Motorbike Adventure was open for standby today with only a 75 minute wait when we walked by. The area between the Lost Continent and Hogsmeade is usually one of the most crowded areas of this park, but we walked through with ease.

Hogsmeade wasn’t overcrowded and we were excited to enjoy some space.

On the patio near the Jurassic World VelociCoaster, a construction wall has gone up in the area. This could possibly be a separate section blocked off for the Team Members who are watching the VelociCoaster testing from this area.

Just grabbing a quick croissant on the way to Hogwarts.

The photo area has recently moved to a small podium. Although this sign doesn’t look very magical, we still appreciate the smiley face.

More trees have been added around the Jurassic World VelociCoaster site, just in front of the stairs near the Burger Digs.

We could see sticks hanging off the edge of the VelociCoaster track and even some branches in the netting below. The osprey is not giving up this spot without a fight.

That’s all for this visit to the Universal Orlando Resort. Thanks for joining us today and be sure to keep following WDWNT and Universal Parks News Today for all the latest updates!