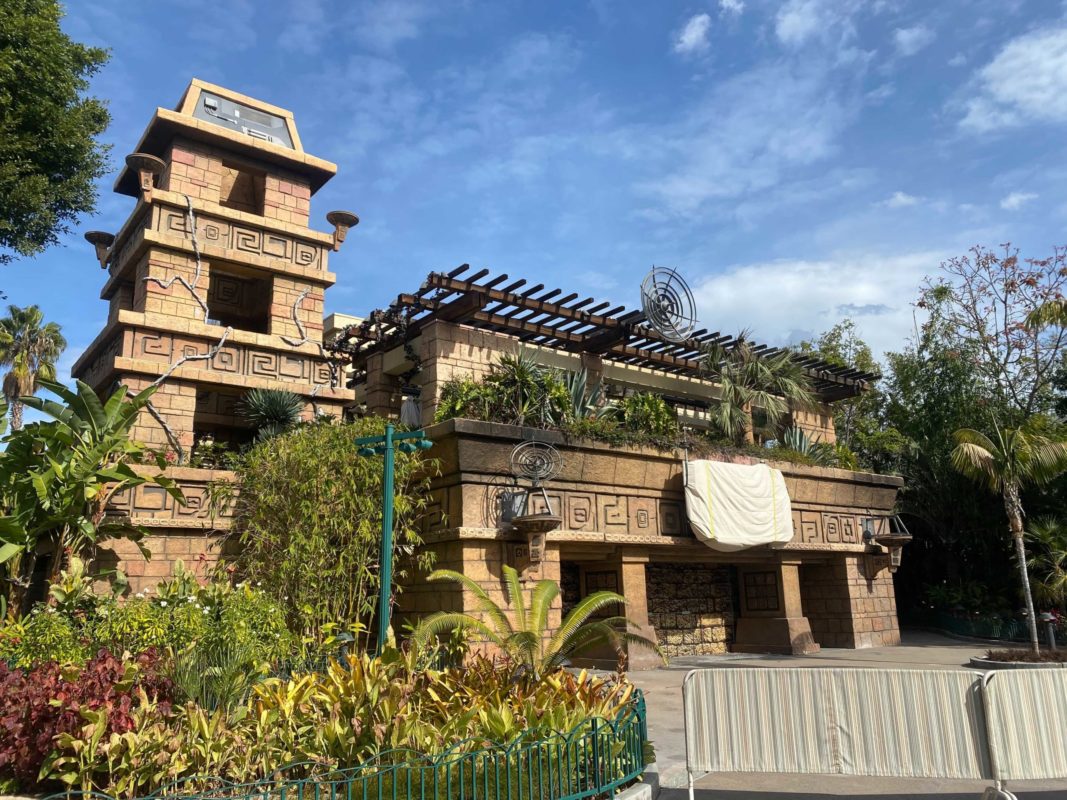 Earlier this month, it was announced that the Rainforest Cafe location will be turned into a new Star Wars Trading Post in Downtown Disney at the Disneyland Resort. Now, additional Sci-Fi elements have been added to the store facade including… satellite dishes?

All jokes aside, there are a lot of these decorative radars on the facade. Walt Disney Imagineers created the design for this building to resemble a hidden jungle Resistance base. The design will even include Rey’s iconic speeder prominently displayed at the entrance.

A tarp now covers the signage that has recently been installed on the front of the store.

More elements from Star Wars have been added to the top of the tower, further helping the building look like a Resistance base.

Though Rainforest Café has not occupied the building in years, Landry’s Inc. owns the rights to the building’s design. Significant changes to the design will need to be made before Star Wars Galactic Outpost can open, both for Landry’s approval, and likely for the approval of LucasFilm.

Are you looking forward to the new Trading Post store location?